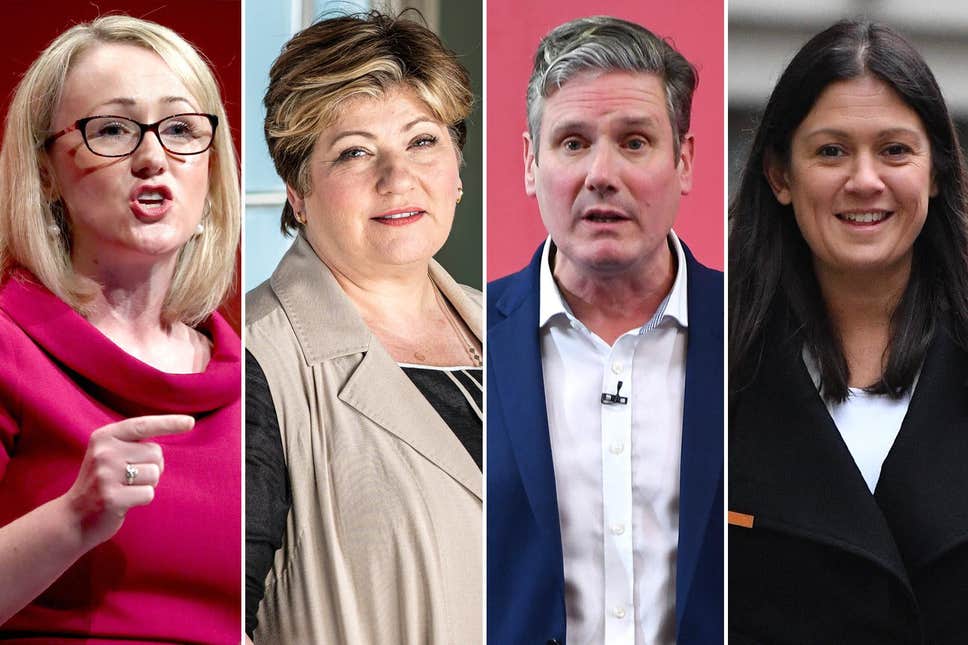 Phillips and Long-Bailey remind me of a documentary on Elizabeth I and Mary Queen of Scots which contended that if you wanted a companion for a night out you’d chose Mary.

Phillips, the bolshie Brummie, is more human, and somewhat unpredictable – but not Trumpian. There are too many identikit politicians and her against Johnson could have been interesting.

Identity politics certainly aren’t the way to success. The “red wall” was demolished by a middle class vicar’s daughter and an Old Etonian Oxford graduate so believing that, for example, it can best be rebuilt by a working class, northern woman is fallacious – it’s the message that matters.

There never seems to be a shortage of people wanting to lead a heavily defeated political party, in 1997 five sought to succeed Major, so they should all be asked what they’ve been smokin’ – and did they inhale?

The “heavyweights” are Thornberry and Starmer, both barristers. If Labour want someone to do well against Johnson in the House of Commons either will suffice.

Thornberry has experience from when Johnson was Foreign Secretary and (she claims!) did well – but who noticed? In the real world things like PMQs get an audience in the hundreds of thousands, although “highlights” can make it onto the main news bulletins. Hague did well against Blair – and gained a single seat in 2001.

She’s the longest serving, first elected in 2005, Blair’s last victory, and was in both Miliband and Corbyn’s shadow cabinets. It’s uncertain exactly where in the political spectrum she is and can come across as somewhat superior, like a schoolmarm or nanny.

Starmer, as former Head of the Crown Prosecution Service and Director of Public Prosecutions, has management experience and had to make decisions, something alien to Corbyn. Some were controversial, but government is about decision making, sometimes with inadequate information, or time, or even as a choice of the lesser evil. He was also the architect of Labour’s Brexit policy – er, yes, well….

To get where he did means that his background will have been thoroughly checked so, other than any youthful indiscretions, there are unlikely to be skeletons. He’s not without baggage but legal things can be difficult to get across to a lay audience so he’s probably the nearest thing to a safe pair of hands.

Nandy, who did well against Andrew Neil, is probably the outsider and a trip to the bookmakers for a modest wager might be worthwhile.

They’d all probably like to change the subject as amongst the hard left Corbynista members, whose votes they need, there’s a view that antisemitism is non-existent, manufactured or exaggerated.

In 2015 Corbyn’s opposition to the government’s benefits policy helped his campaign. We now have, for the first time in a decade, a single party government with a large majority. During the contest there will be a reshuffle, a (possible) reorganisation of Whitehall and a budget. There may be issues to which the candidates response could be decisive.

At the moment they all seem to have gone left, reluctant to say much about the leader and policies that were resoundingly rejected by the electorate. It’s difficult to believe that they didn’t personally encounter, as many reported, negative feedback about both and they do their party and its members no favours by concealing some of the difficult decisions ahead.

Overall, compared to the past, the field is sparse, lacking “towering figures”, but there’s time for the Starmer steamroller to hit problems and for the contest, even without Phillips, to come alive.