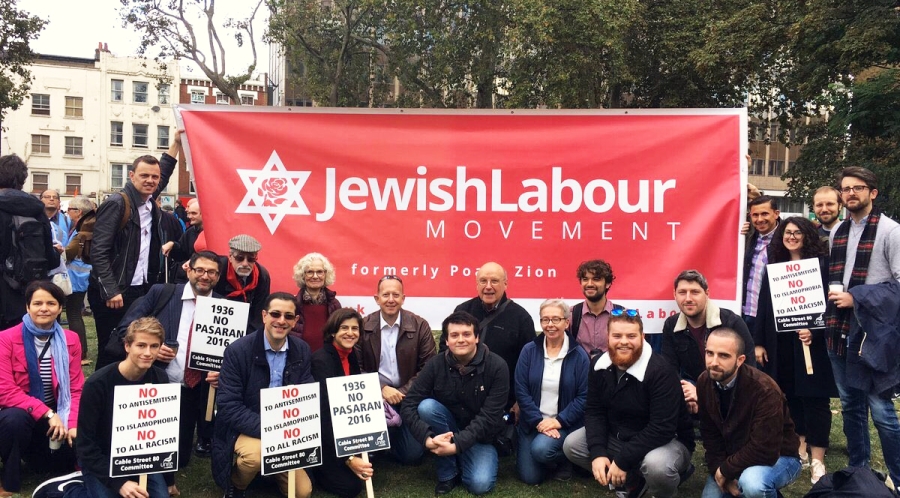 There is no point to Jews remaining a part of the Labour Party. This has been the subject of some debate for some time, but the reasons to stay have diminished with each passing day, week, month, and now years of trying to address the party’s antisemitism problem. It used to be on the fringes, but thanks to the election of Jeremy Corbyn as party leader, the gate was left wide open for the entryists.

Of course, tolerance of crank politics and antisemitism was already ingrained in the Labour Party. Just look at the list of MPs who nominated Corbyn. They were the catalyst for what has followed. Their tolerance, within the movement, of the politics of proto-Corbynism, even their affection for it, and certainly their failure to recognise its threat, was the prime mover of this shambles. It is a list of ‘True Believers’, but mostly the Useful Idiots.

If you think I am being unduly harsh, consider how their cavalier actions have destroyed a proud social democratic party and replaced it with an even more toxic facsimile of the SWP than George Galloway managed to create with Respect. A party so poisonous in its antisemitism that it is being investigated by the Equality & Human Rights Commission, a body – as I said a few days ago – ironically set up by Labour under an earlier and better version of itself.

Now, what has brought this on, you are obviously thinking. It is news that the Labour Party will no longer use its affiliated group, the Jewish Labour Movement, to provide sensitivity training on antisemitism.

It is obviously training that is sorely needed as today’s other bit of news demonstrates: Labour activist Kayla Bibby is suspended after she’s found asking a neo-Nazi permission to use his antisemitic image of a Star-of-David festooned alien face-hugging monster attached to the Statue of Liberty.

What can be behind the decision not to trust your own Jewish members to provide guidance on issues of antisemitism? Well, it seems obvious. The Labour Party does not trust Jews.

Perhaps that’s a bit unfair. They do trust the cartoonish cranks of Naturei Karta, and they trust the ersatz self-identifying Jews like Jackie Walker who think other Jews financed the slave trade. Or mad Trotskyist Jews like Tony Greenstein who seem to hate other Jews even more than the non-Jews in the Labour Party, and of course Holocaust-denying former Jews, like Gilad Atzmon. They just don’t trust, you know, Jewish Jews.

How does a political party that doesn’t trust its shrinking core of Jewish members to tell them what’s gone wrong evade the charge of institutional antisemitism? The answer is, it doesn’t. It sticks to its guns. Its apologists hold that the accusations are all a conspiracy, made in bad faith, supported by those who control the media, and are financed by the bankers, and foreign powers, and composed of schemers and plotters, to whom those critics owe allegiance.

Of course, they wouldn’t want the JLM telling them that this line of defence relies on almost every antisemitic trope in the book, short of the blood libel – but you’ll even get that if you look around.

In a statement, the JLM said:

Whilst the Equalities and Human Rights Commission explore our referral of the Labour Party for institutional racism, we cannot in good faith continue to provide our training whilst the Party seek to undermine our role in this way.

We will shortly be writing to all CLPs and organisations where training is currently scheduled to suspend our involvement.

The Party leadership have a choice. They can either address the concerns of its Jewish affiliate and those of the Jewish community. Alternatively, they can continue to act in a reckless and damaging way.”

I am baffled as to why this stops short of disaffiliating from the party altogether. Is it a sort of Stockholm syndrome? What are they hoping will turn the tide? The tide has gone out. Any ship that has not already sailed is high and dry.

I appreciate that this would mean that Labour MPs who oppose the antisemitism of their own party have no supporting institution. But, to be honest, the argument for such people remaining members of the Labour Party is now astonishingly small and diminishing with each new insult.