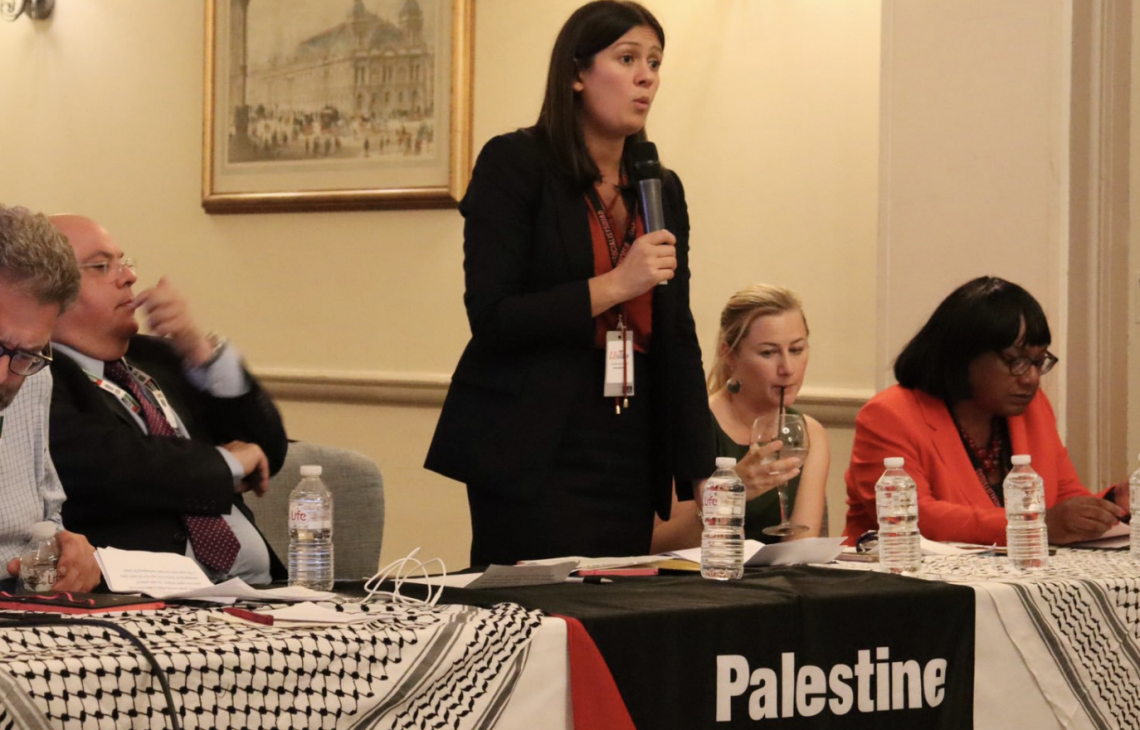 Let’s start discussing Labour’s 2019 conference by going back to the murder of two rabbis in the Old City of Jerusalem in October 2015.

It was the Jewish festival of Succot and there were plenty of Jews heading to the Wailing Wall to pray. On that day Mohammad Halabi, a law student from a small town just North of Ramallah, went to the Old City of Jerusalem armed with a knife.

He came across a 22 year old rabbi called Aaron Benito on his way to pray with his wife, two year old son and their baby daughter. Halabi stabbed him and then stabbed his wife in the shoulder before he was accosted by another rabbi, Nehemia Lavi, a resident of the Old City who had heard the commotion and come to help.

Lavi was a reserve officer in the IDF and attended armed. Halabi stabbed Lavi and took his weapon which he used to shoot Benito’s two year old son in the leg. With a knife lodged in her shoulder Benito’s wife managed to run to a police outpost to call for help. Israeli police shot Halabi dead at the scene.

Both Lavi and Benito died of their wounds.

Islamic Jihad claimed responsibility for Halabi. The municipality of Surda Abu-Qash honoured Halabi by naming a street after him and the Palestine bar association granted him a law degree posthumously.

HP reported in 2016 Kamel Hawwash, now Chair of the Palestine Solidarity Campaign (at the time Vice Chair), quoted a Facebook post by Halabi and then said the following:

“I call him a martyr because I am speaking from a Palestinian perspective. I don’t care what the Israelis want to call him they want to call him a terrorist that’s up to them and that’s the point of…if you like the difference in attitude, he was killed by an Israeli soldier to us he’s a martyr. He might have committed an act people find unacceptable that is up to them. Actually I consider what he did an act of…an act of revenge for what the Israelis do to the Palestinians, so it’s an act of revenge… If the occupation wasn’t there he wouldn’t be doing what he did.”

Back to 2019 and the Palestine Solidarity Campaign fringe meeting:

Great to now hear from @lisanandy, Chair of @lfpme, who is defending BDS co-founder Omar Barghouti’s right to speak: “If Donald #Trump has a right to speak, the Palestinian people have a right to speak!” #LabourConference2019 #Lab19 🇵🇸 pic.twitter.com/0tOCDXE4NX

That’s Hawwash on the left leaning back, Lisa Nandy MP, Chair of Labour Friends of Palestine and the Middle East is speaking, Josie Bird, President of UNISON is next to her and Shadow Home Secretary Diane Abbott at the end. All sharing a platform with Kamel Hawwash who stands up and commends the murder of two rabbis.

Here’s Clive Lewis MP posing with Hawwash at the PSC stall on conference:

And then @labourlewis stopped by to show his support! 🇵🇸✊ #LabourConference2019 #Lab19 #FreePalestine pic.twitter.com/cJatHG8nTy

Then there’s Huda Ammori. She’s the head of campaigns at PSC, we’ve posted a blog about her before. Ammori subscribes to the kind of conspiracies regarding the White Helmets in Syria that Assad and Russia have been busy promoting: 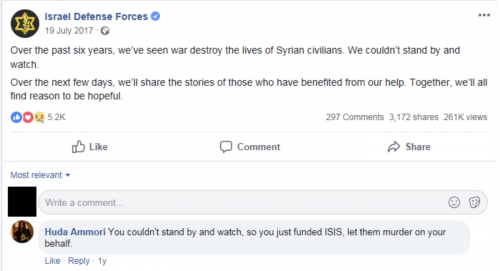 Naturally they had her manning their stall posing with MPs:

Fantastic to chat to @lloyd_rm about building our solidarity work with the Palestinian people and fighting for freedom, justice and equality for all! ✊🇵🇸 #LabourConference2019 #Lab19 #FreePalestine pic.twitter.com/ccgyLZ1oNY

One wonders how these Labour MPs are able to square this circle.