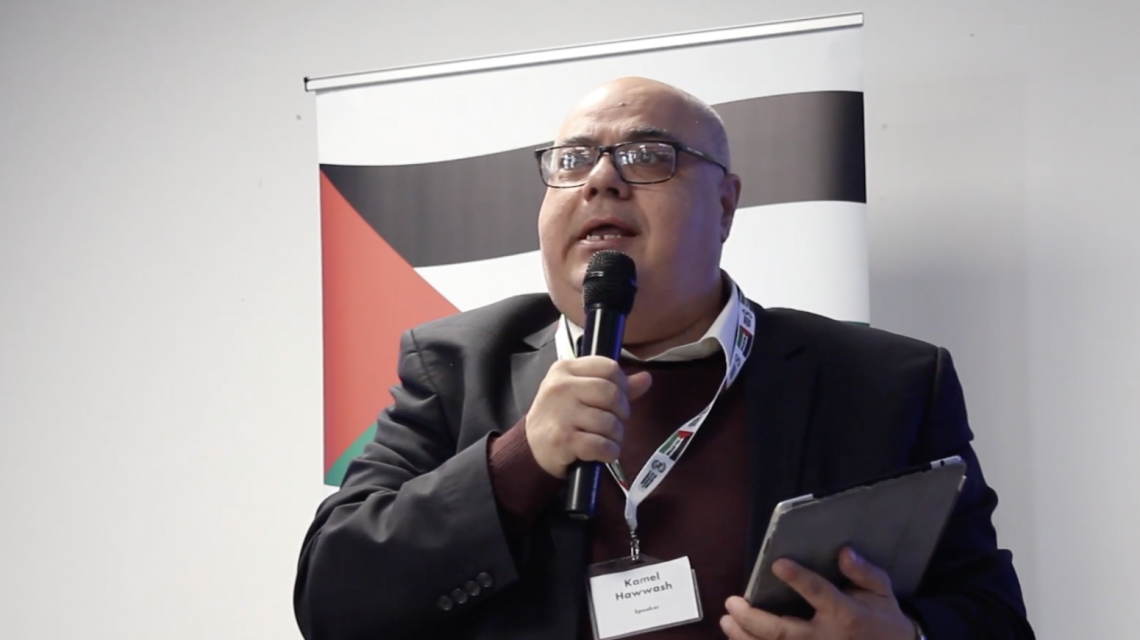 At an event in the House of Commons organised by the Palestine Return Centre entitled “Challenging the Narrative: the Obstacles in Advocating for Palestinian Rights”. Kamel Hawwash, British-Palestinian professor & Vice Chair of Palestine Solidarity Campaign went to great pains to say he was speaking in a purely personal capacity.

He was speaking in a personal capacity while calling a murderer called Mohammad Halabi a martyr.  So to be clear the vice chair of the PSC  was absolutely not calling the man who murdered Rabbi Nemia Levi and Aharon Benita and wounded Benita’s wife and shot their two year old son in the leg a martyr. But Kamal Hawwash did.

Here’s what he said:

“Now this was posted on Facebook by Mohammad Halabi one of the first people, martyrs of the current intifada starting in October, now I call him a martyr because I am speaking from a Palestinian perspective. I don’t care what the Israelis want to call him they want to call him a terrorist that’s up to them and that’s the point of…if you like the difference in attitude, he was killed by an Israeli soldier to us he’s a martyr. He might have committed an act people find unacceptable that is up to them. Actually I consider what he did an act of…an act of revenge for what the Israelis do to the Palestinians, so it’s an act of revenge… If the occupation wasn’t there he wouldn’t be doing what he did.”

You can hear him saying it here: Hawwash.

It would be interesting to hear whether the PSC really do think these kinds of comments are beyond the fold or whether they support the words of their Vice Chair. But obviously we already know. What’s tragic is that these kinds of comments are  depressingly normal. One might argue that the biggest struggle in the campaign for Palestinian human rights is that the chief campaigners can’t seem to get away from praising murder.

Jenny Tonge popped her head around the door of the same meeting to say the following:

“I don’t know how many times I have been accused of antisemitism, of course I have, all the time because I criticise Israel and I don’t always choose my words carefully because I don’t think they deserve it frankly. But if you are accused of antisemitism say I am not antisemitic I am anti injustice and actually the injustice that’s been meted out to the Palestinians I think is the worst thing that happened in the last century.”

For anyone else this kind of language would be a real face palm moment but for good ole Jenny it’s par for the course.

habibi adds: the meeting was hosted by Labour MP Grahame Morris. It was chaired by Sameh Habeeb, one of the most grotesque haters of them all. The PRC is of course close to Hamas and has its own appalling record. Well done Labour, yet again!