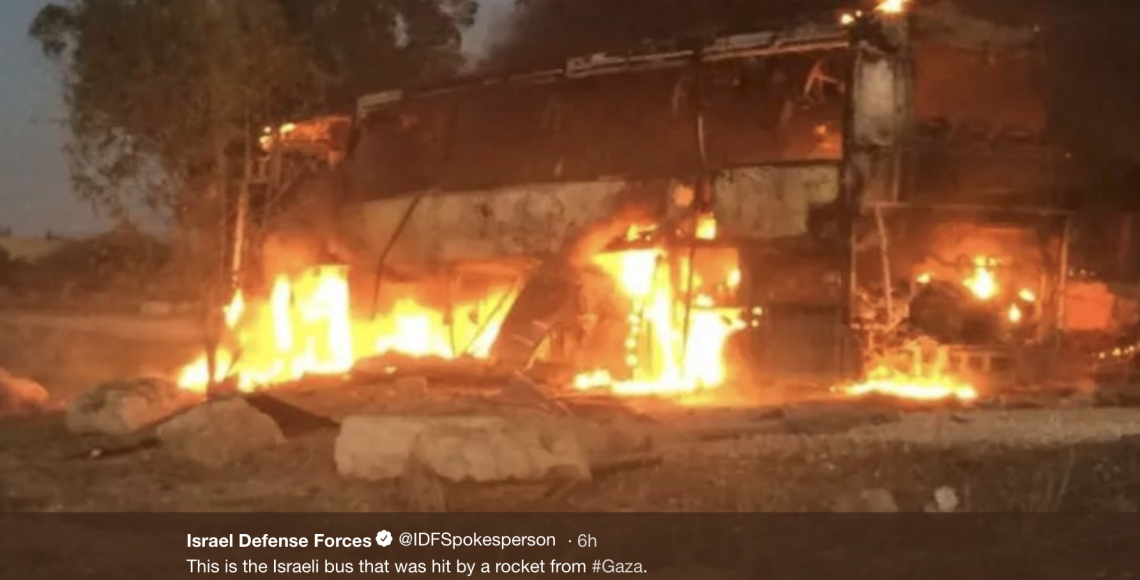 Israel is currently experiencing the largest barrage ever fired against it by Hamas.

In the wake of an undercover Special Forces operation Israel and Hamas are once again on the brink.

RAW FOOTAGE: The skies of southern Israel RIGHT NOW. Dozens of rockets are being fired from #Gaza at Israeli civilians. pic.twitter.com/Iu6QwzUo8l

Judah Ari Gross at the Times of Israel writes:

The Israeli military deployed additional troops and tanks to the Gaza Strip border on Monday following the largest barrage of rockets and mortar shells fired at Israel from the coastal enclave in a single day.

The army was reportedly given a green light from policymakers to pummel terror groups in the Strip if they continued with the barrages, as the terror organizations in the Strip vowed to do.

“The resistance factions’ joint command center is holding a serious conversation about expanding its range of fire. Ashkelon is just the beginning. Approximately one million Zionists will be within the range of our missiles if the Zionist enemy’s decision is to continue its aggression,” said Abu Obeida, a spokesperson for Hamas’s military wing.

The IDF warned Hamas of an “iron fist” response to the deluge of rockets on Monday, including one that hit an Ashkelon apartment building.

“The Hamas terrorist organization has crossed a red line in their attacks against the sovereignty of the State of Israel and its citizens over the past hours,” said the Coordinator of Government Activities in the Territories (COGAT), Brig.-Gen. (res.) Kamil Abu Rukun.

“The State of Israel will continue to respond with an iron fist against all terrorist activity or rocket fire coming from the Hamas terrorist organization,” he wrote on COGAT’s Arabic-language Facebook page, “el-Munasek.” “Residents of Gaza, look carefully at the pictures from Operation Protective Edge in 2014 – a picture is worth a thousand words.”

The UN and Egypt worked furiously to avert a Gaza war in the aftermath of the harshest exchange of fire between the IDF and Hamas since 2014.

On Tuesday, Israel’s security cabinet is scheduled to weigh whether to continue Israel’s policy of restraint or consider a harsh military response.

It’s by no means certain that there’ll be some kind of ground conflict but it’s a lot closer now than it was 24 hours ago.