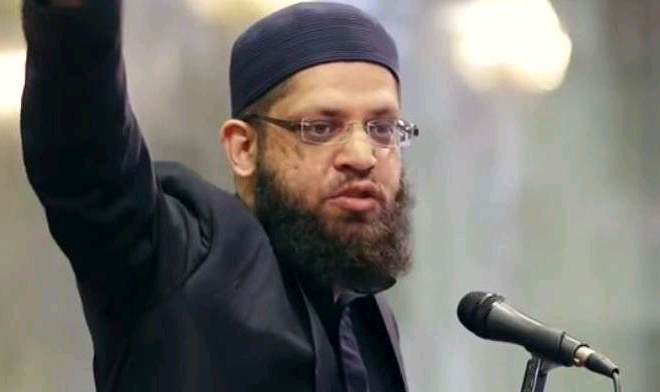 An Islamic scholar who thinks Israel should be relocated to Germany, that “Zionists” are out to destroy the al Aqsa Mosque, that the CIA and Mossad are behind ISIS and who has called the Queen “disgusting” has been invited to speak at the University of Manchester this evening.

Sheikh Asrar Rashid was invited by the Madinah Society.

The translation site MEMRI quote Rashid as having said the following in December last year:

“Israel is a country that should be reestablished in Germany, because Germany was responsible for the killing of those Jews – not the Muslim world, not the Palestinians”

“The While House is the direct cause of ISIS today, because they made those orphans recruits for groups like ISIS. So do not destabilize Muslim countries, and then lash the backs of the Muslims, accusing them of terrorism.”

“May Allah have mercy upon Sheikh Yassin. [founder of Hamas]” 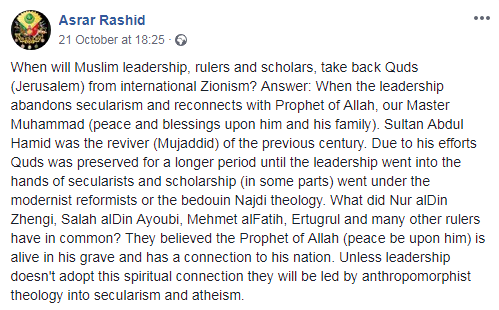 In 2011 he called the Queen “a disgusting woman” for knighting author Salman Rushdie and said Muslims should not fight in the British armed forces. 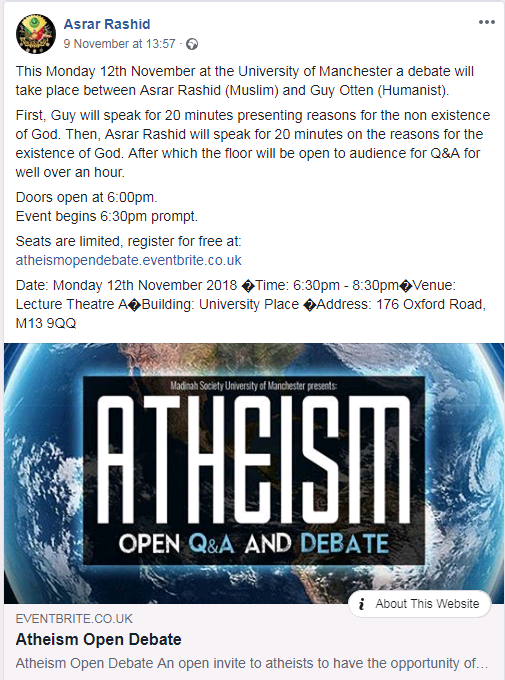 Asrar Rashid seems to think that ISIS is a conspiracy created by the Mossad and CIA and that “Zionists” are intent on destroying the al Aqsa mosque: 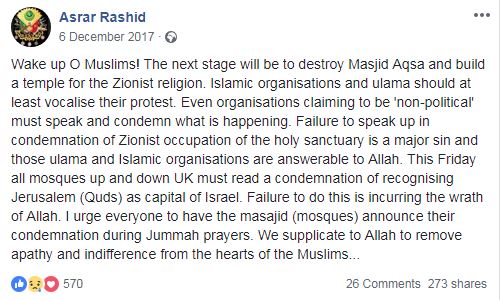 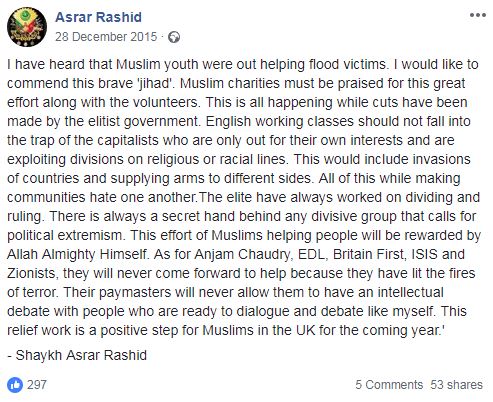 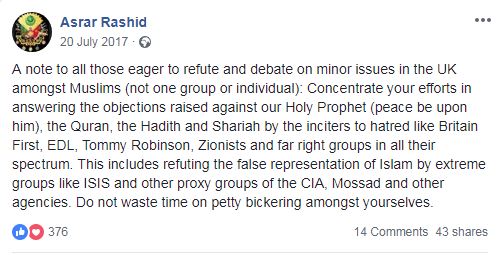 BREAKING @OfficialUoM states only that @ManchesterSU is responsible for bringing preacher onto campus who finds the Queen "disgusting" and rails against "international Zionism" as well as calling for "Israel to be relocated to Germany." 40 mins till event https://t.co/MYWwG8iGrL