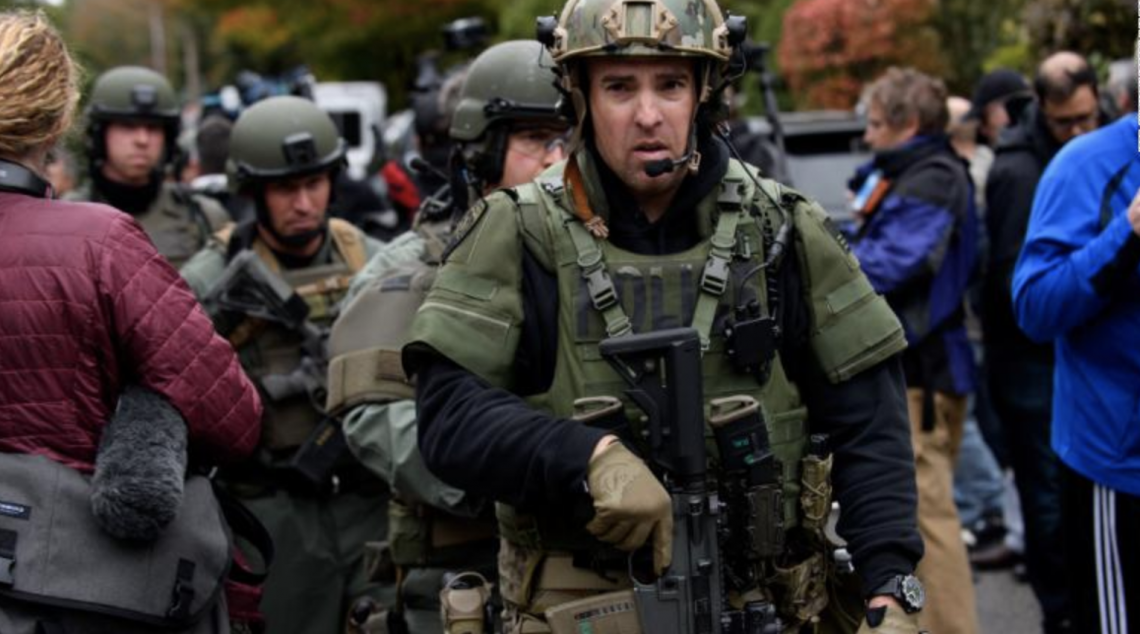 According to CNN 11 people were murdered during a mass shooting at a synagogue in Pittsburgh Pennsylvania.

Our hearts go out to the families.

We truly are living through some dark times.

Eleven people were killed in a shooting Saturday morning at the Tree of Life synagogue in Pittsburgh, according to officials.

Six people were wounded, Pittsburgh Public Safety Director Wendell Hissrich said, four of whom were police officers who responded to the scene. No children were among the dead, he said.
A city official have previously told CNN 10 people were killed.
Law enforcement officials told CNN the suspect has been identified as 46-year-old Robert Bowers, and that the suspect made anti-Semitic statements during the shooting.
Social media postings targeting Jews that are believed to have come from Bowers are a focus of the investigation, a federal law enforcement official told CNN.

“These incidents usually occur in other cities,” Hissrich told reporters Saturday afternoon. “Today the nightmare has hit home in the city of Pittsburgh.”

Note this part of the story:

A law enforcement source told CNN that investigators believe that postings on an account on Gab, a social media platform, belong to Bowers. The language on the account matches the suspected motivation behind the shootings, the source said.
The Gab account has frequent anti-Semitic postings.
The suspect made a final post at 9:49 a.m., just five minutes before police were alerted to the shooting.
“I can’t sit by and watch my people get slaughtered,” he wrote. “Screw your optics, I’m going in.”
Bowers also shared other anti-Semitic comments alongside xenophobic content on the platform. In one post, he claimed Jews were helping transport members of the migrant caravans in Latin America.
He said he believed those in the migrant caravans were violent because they were attempting to leave countries that had high levels of violence. Bowers repeatedly called them “invaders.”