Sameh Habeeb was one of the promoters of the Palestinian Return Centre’s UK tour of Norman Finkelstein.

Habeeb has worked for the Hamasniks of the Centre for some time now. Memorably, he invoked “Frankstineine”, as he called Finkelstein, as a Jewish fig leaf in 2009 when people criticised the PRC for inviting the Hungarian neo-fascist Krisztina Morvai to one of its London conferences. 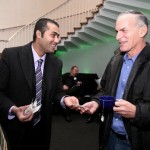 Sameh Habeeb is also the hate publisher who set up the “Palestine Telegraph” website in early 2009. Let’s recap a few episodes from the record:

– Publishing a ridiculous story about Israelis stealing organs in Haiti after the earthquake.

– Running a piece by the racist Khalid “Kikes” Amayreh where he argues the USA is far more evil than Osama Bin Laden.

– Threatening legal action against “Nothing British About the BNP” when it criticised Habeeb for his role in inviting Krisztina Morvai to a London conference of the PRC.

– Publishing another Israelis-are-Nazis slur and an absurd terrorism denial piece by Mahboob Khawaja. No wonder Khawaja engages in terrorism denial: his own son, Mohammed Momin Khawaja, was convicted in 2009 of taking part in the UK fertiliser bomb plot.

It’s no surprise to find Finkelstein mixing with Habeeb. Or to see Stephen Sizer recommending the Palestine Telegraph. Others, one must hope, will see Habeeb for the horrible extremist that he is and steer well clear.

Labour has, er, not done very well there. Here’s Habeeb with some of the usual suspects.

Jeremy Corbyn, at a PSC meeting: 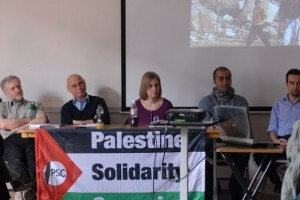 Martin Linton, at a meeting in Parliament:

Andy Slaughter was at that Parliamentary meeting too: 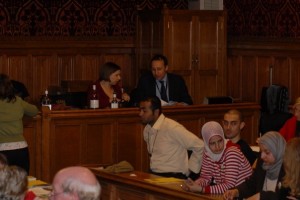 At a demonstration with Linton’s wife Sara Apps, a PSC activist, while carrying “Labour Friends of Palestine and the Middle East” placards: 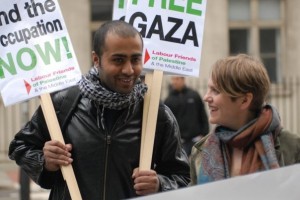 In this demonstration picture you see Tom Charles (second from right). He is an organiser for Labour Friends of Palestine and the Middle East. 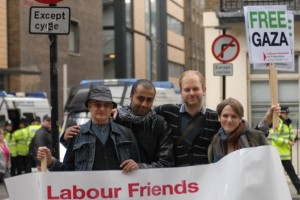 That’s bad enough. But it goes higher. Here is Habeeb with Ken Livingstone at another PSC meeting: 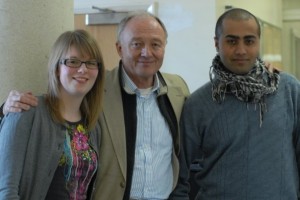 And Ed Miliband at a Fabian Society event: 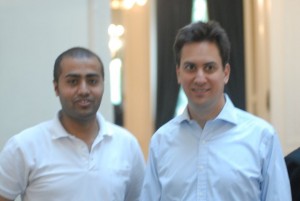 Note the repeated appearance of the PSC in these events. This is yet more evidence that the group just can’t get enough of extremists.

That show too goes on. Three Labour MPs will welcome a PSC delegation to Parliament later this month. 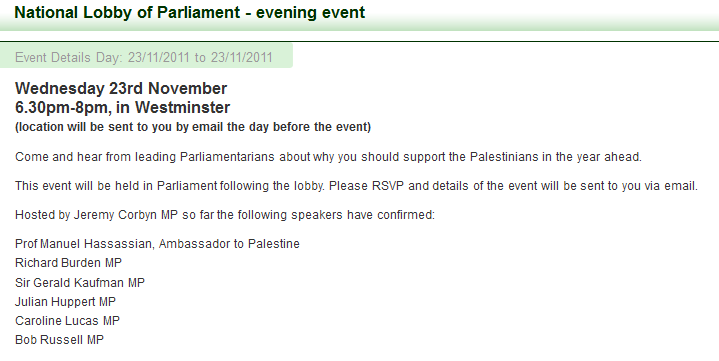 Sir Gerald Kaufman having a fine old time with Hamas. The man to Haniyeh’s left is Majed Al-Zeer, the general director of the Palestinian Return Centre. 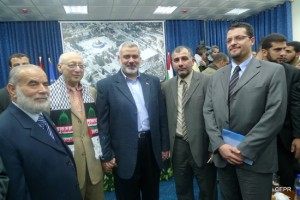