This is going to be one of those esoteric ones so let’s start from the beginning.

Opinion editor of the Jewish Daily Forward, Batya Ungar-Sargon has wirtten an article where she claims “I was protested at Bard College for being a Jew”.

You can watch her say as much on stage at the conference before walking off here:

Batya Ungar-Sargon is a modern Jewish heroine. Listen to her powerful denunciation of enlightened antisemites who tried to shout her down.👸🏻 @bungarsargon pic.twitter.com/I6cc7r5mWr

Naturally The Forward feels the need to undermine their own comment editor and publish not one but four voices undermining her. At some point they might learn that having both sides of the story when one side is fighting racism means, in this case, giving a voice to those defending racism.

So that’s the background that set the scene for Ha’aretz journalist Anshel Pfeffer to go toe to toe with Mehdi Hasan.

Their discourse is as follows, note it takes all of two tweets from Pfeffer for Hasan to call him islamophobic: 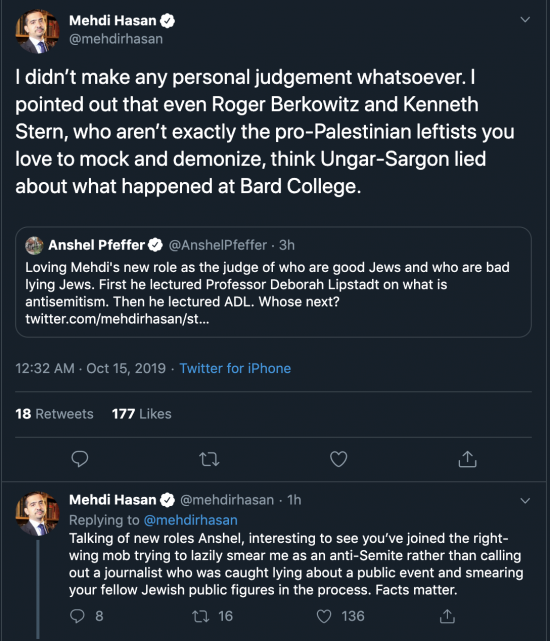 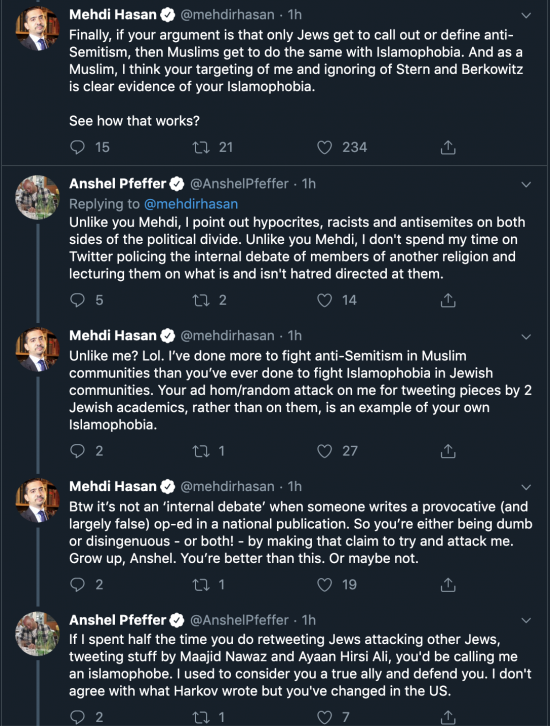 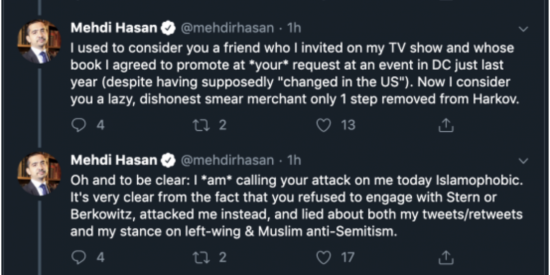 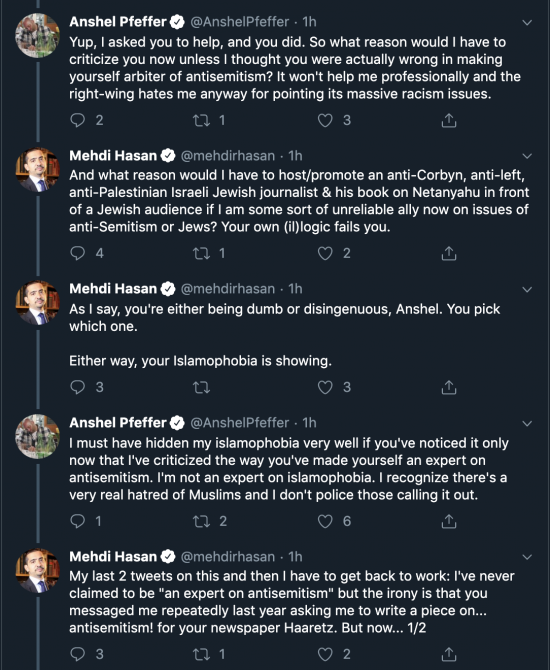 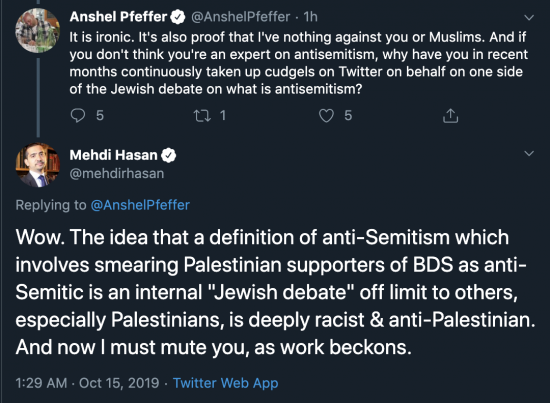 The threads get crossed as they’re not replying to each other’s most recent tweets so there’s a divergence that I’ve caught here: 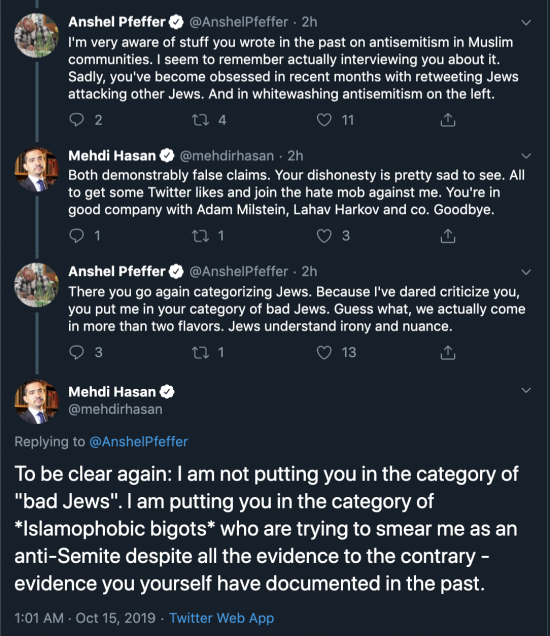