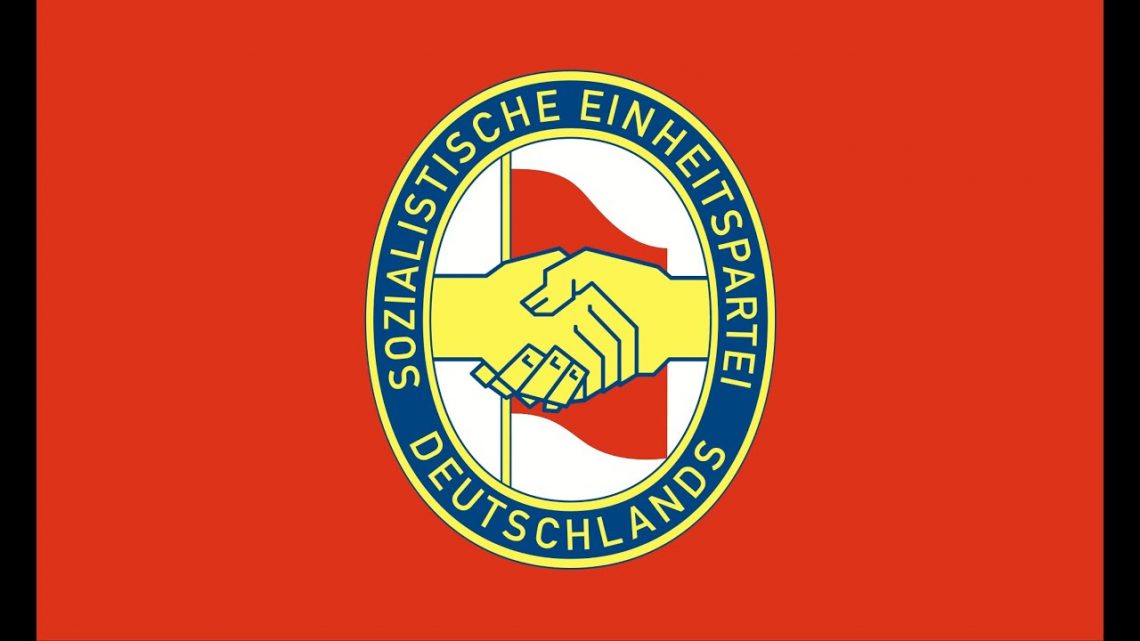 With everything that has happened since, this seems like ancient history, but today The Roanoke (Virginia) Times published my op-ed about Donald Trump’s efforts to corrupt government weather forecasting.

In 1950 the ruling Communist party of East Germany adopted as its anthem “Lied der Partei” (“Song of the Party”). The refrain included these chilling words (translated to English):

The Party, the Party, she is always right!

And Comrades, so it will always remain…

Since he who fights for the right, is always right…

Some of the other lyrics which loyal Communists sang at party meetings:

She gave us everything,

Wherever she was, there was life,

We are what we are because of her.

Do pain and complaints count,

if we achieve the good?

Fortunately the brutal and dictatorial East German regime is no more, and its party anthem has been consigned to the dustbin of history. But I couldn’t help recalling it when the National Oceanic and Atmospheric Administration (NOAA) — an agency of the federal government whose purpose is to provide potentially life-saving information — was forced by President Trump to back up his false claim that Hurricane Dorian threatened the state of Alabama.

Based possibly on an outdated forecast, Trump on September 1 tweeted a warning that Alabama was one of the states that “will most likely be hit (much) harder than anticipated” by the hurricane. By that time, Dorian was swerving away from the direction of Alabama, and the National Weather Service (part of the NOAA) did the right thing: it issued a statement assuring worried Alabamans that they were in no danger from the storm.

Trump was furious that an agency under his control would dare contradict him — no matter how correctly and justifiably. His efforts to avoid embarrassment over his mistake (including the infamous Sharpie-enhanced weather map) were amusing at first, but they soon became downright frightening.

The New York Times reported that Trump “told his staff to have NOAA ‘clarify’ the forecasters’ position. NOAA, which is part of the Commerce Department, then issued an unsigned statement saying the Birmingham, Ala., office of the National Weather Service was wrong to refute the president’s warning so categorically.

“But the statement only intensified the uproar over Mr. Trump’s storm prediction as critics accused his administration of politicizing the weather. The Commerce Department inspector general has opened an investigation, and on Wednesday, a Democrat-controlled House science committee kicked off its own inquiry.”

So serious is the mission of government weather forecasters that Congress made it a felony to falsely represent a forecast, as Trump did. But so desperate was Trump to prove he was right and government meteorologists were wrong that he undermined the authority of an agency on which Americans rely for unbiased information.

Most dangerously, Trump has planted a seed of doubt about the work of scientific agencies such as the NOAA. Will these agencies hesitate to report any facts that might upset the President?

If large numbers of people doubt the accuracy of future weather forecasts, and suffer deadly consequences, the blame will rest largely with Trump.

It’s easy — too easy — to become inured to President Trump’s near-daily outrages. But corrupting a federal agency whose purpose is to provide scientifically-based information in order to protect his fragile ego takes things to a whole new and alarming level.

As economist Paul Krugman wrote, “If even weather forecasters are expected to be apologists for Dear Leader, the corruption of our institutions is truly complete.”

Surely even rational Republicans get this. But given the overwhelming silence of Congressional Republicans (including Congressmen Ben Cline and Morgan Griffith [Republicans representing my part of Virginia]), either they don’t get it or they fear the political consequences of pointing it out.

Given the reluctance to contradict or even question Trump’s most preposterous statements and reckless actions (and not only regarding the weather), the Republican Party should consider adopting “Lied der Partei” as its anthem. (And why not? Trump has repeatedly expressed his fondness and admiration for the brutal dictator of one of the world’s remaining Communist regimes, in North Korea.)

All they would need to do is change the title to “Lied der Trump” and alter a few words:

And Comrades, so he will always remain…

If Cline or Griffith or any other cringing Republican lawmaker thinks this is unfair, let them speak up and prove it wrong.

Plato didn’t have Republicans in mind when he said it, but he might as well have been talking about them: “Your silence gives consent.