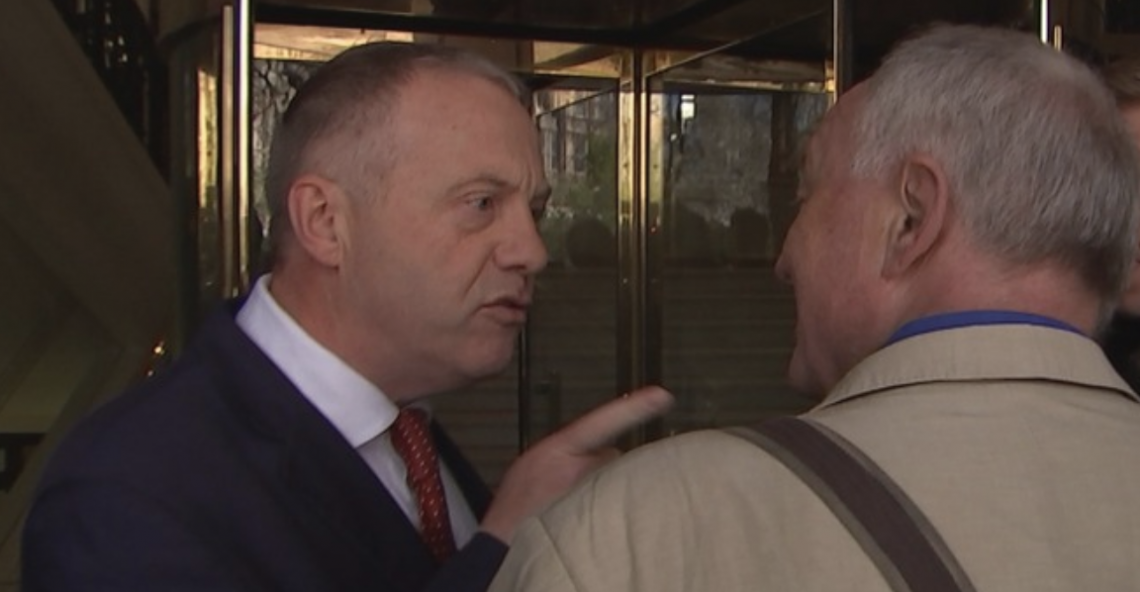 From Caroline Wheeler in The Sunday Times

The Labour Party was plunged into civil war again this evening as a veteran MP revealed he is quitting the Commons to take up a full-time role as the government’s anti-semitism tsar.

John Mann told The Sunday Times he was standing down after 18 years as a Labour MP and said Jeremy Corbyn was unfit to be prime minister for his mishandling of the anti-semitism crisis that has engulfed the party.

His decision came as Diana Johnson became the first victim of Labour’s new trigger ballot process. After 14 years’ service as MP for Hull North, she will now face a battle to be reselected.

With Labour and the Scottish National Party (SNP) expected to block a general election tomorrow, Mann’s decision to quit raises the prospect of an early by-election in his marginal seat of Bassetlaw, in Nottinghamshire.

The 59-year-old MP, who chairs the all-party parliamentary group against anti-semitism, today launches a blistering attack against the Labour leader, who he claims has given the “green light to anti-semites”.

“The party will not survive the erosion of its principles and its soul by this racist infiltration,” he said. “Corbyn has given the green light to the anti-semites and having done so has sat there and done nothing to turn that round.”

Mann now intends to use his new role to challenge Corbyn on the issue, saying: “I can have a bigger impact in this role than I can by staying inside the Commons, and, rather than it taking up 5% of my time, it will be taking up 95% of my time, which means I begin to hold internet companies, universities and others better to account and every single political party bar none.”

He added: “Every time I go into a meeting with a group of Jewish people, I wince when they raise the issue of the Labour Party and Corbyn. It is impossible to overstate the anger that I have about that . . . He has not just hijacked my political party; he has hijacked its soul and its ethics. I will never forgive him for that.”

The MP, whose great-grandfather helped form the Leeds branch of the Labour Party in 1906, claimed leaving the Commons is a “big sacrifice”.

“If we had a dynamic Labour Party with a leader with a vision for positively changing the country, I would instead be spending all my time trying to get that person into No 10. But we don’t,” he said.

“But I can’t do that this time and I’m not prepared to lie to my voters. And neither am I prepared to tell them that Corbyn is appropriate to be prime minister. Because I don’t think he is.”

Mann, who will be based in the Ministry of Housing, Communities and Local Government, claims his sole aim is to make the UK a haven for the Jewish community.

“The mass growth of anti-semitism is driving many Jewish people to question whether they have a future in this country,” he said.

“There are people I have known for most of my life who are leaving the country because they don’t think this is a safe haven for them. People don’t talk about it but there is a feeling that people didn’t flee fast enough before and they don’t want to take any risks. This is the country that more than any other stood up to the Nazis, so the idea that it isn’t a safe haven for Jewish people contradicts everything from the war effort.

“My one aim in this role is to turn around that situation so that Jewish teenagers know that their future is safe in this country if they wish it to be, and that there will be no impingement in any way on them and their freedoms — be it the universities they chose, the job they chose to go into, where they live, what they wear or how they live, which is a big bold objective.”

In her last act as prime minister, Theresa May appointed Mann, who backed Brexit and this week voted with the government to try to block emergency legislation intended to stop no-deal, as an independent adviser to the government on tackling anti-semitism.

Boris Johnson has since upgraded the role, underlining the importance the government attaches to the issue.

“The Jewish community is the canary in the cage for the health of everybody else and society; that has been the case throughout history,” said Mann. “I have no fear in challenging anti-semitism wherever it needs challenging and will introduce effective systems to do that.””