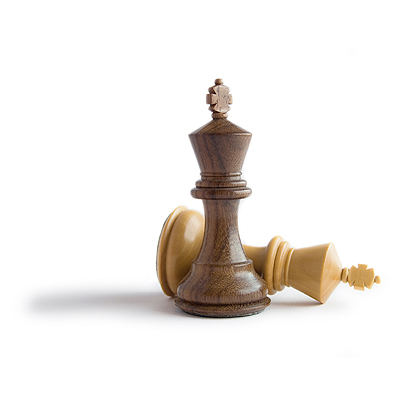 It’s difficult to feel sympathy for those who are victims of the consequences of their own actions.

Labour’s social democrats “lent” Corbyn sufficient votes to put him on the ballot, but were unprepared for the exploitation of the system intended to try and keep extremists out. Their subsequent ineptitude strengthened his position and the hard left have taken control in a way that anyone around in the 70s/80s would recognise.

Remain had everything going for it. Despite some issues around Leave funding Remain still spent significantly more overall, including £9m of taxpayers money on literature to every household. The main party leaders were onside, as was Barack Obama, and as “better the devil you know” they were no risk.

Neither side smelled of roses, Leave put £350m on the side of a bus – May’s government gave more than that extra per week to the NHS – but Remain threatened a “punishment” budget if Leave won. Those who live in glass houses….

Much has been written about the result. Those, like Professor Matthew Goodwin, who look at the wider, international, scene see it as part of a national populism trend. Trump was elected within six months and Marine le Pen was runner up to Macron less than a year later.

Despite the gaslighting by Remainers there were many reasons why Leave won; some were, unfortunately, against those with a dark skin or foreigners in general, others wanted to kick the “establishment”, and there were some prepared to take short term pain for long term gain.

Remainers often said things like “The EU isn’t perfect, but we should try and change it from inside”, Cameron had spent months trailing around Europe and not getting much – an open goal.

The US Democrats have devoted much effort since 2016 to attacking Trump – albeit an easy target, talking about impeachment, etc, etc without really engaging with the issues that caused millions of Americans to support him, it’s easier to call them a “basket of deplorables”. Although over a year away he’s probably favourite for 2020.

Since 2016 Remainers have initiated legal action to prevent the executive leaving the EU without reference to parliament, and against Johnson himself, and used irregular parliamentary procedures, with Bercow’s connivance.

They have also developed ad hoc and post hoc “justifications” for ignoring the result. When a Remainer is on TV or radio it’s Brexit Buzzword Bingo: “The referendum was advisory”, “Nobody voted for no deal”, “Nobody voted to be worse off”, etc, etc.

It’s not difficult to see them as hypocrites and bullies. Many voted for the referendum and subsequently to trigger Article 50. Don’t ask a question if you might not like the answer. They’re happy to hit below the belt – but aren’t prepared to take it.

Johnson’s prorogation is irregular, but his opponents have conceded that it’s allowable. With the subsequent threat to deselect rebels it shows a willingness to play hardball and addresses several audiences.

Johnson’s preferences are, or should be:

The EU’s preferences, however, are:

With the continual talk of preventing “no deal”, which for Remainers is a step towards a second referendum and revocation of Article 50, there is no incentive for the EU to reorder their preferences.

Listening to the BBC’s Katya Adler it’s clear that as the EU spent a lot of time and effort negotiating a deal with May – which she failed to get through Parliament – they’re wary of Johnson’s similar arithmetic. Johnson with a majority would stand a better chance.

The opinion polls show an increasing Conservative lead – at the expense of the Brexit Party. Rebels going from being ministers, or even holding a Great Office of State, to off the ballot paper in a matter of weeks is a massive signal to Brexit Party supporters and gives Johnson a chance to unify Leave.

Blair is correct to see an election as an elephant trap for Labour as they would have to decide a position, almost certainly Remain. A referendum would enable them to continue to sit on the fence and avoid a split.

An election timed for mid October, the same as the end of Johnson’s prorogation, gives time, albeit not much, for action before the 31st.

Welcome to the undiscovered country.

A fortune cookie for 2020. Part 1: LibDems – misreading the tealeaves