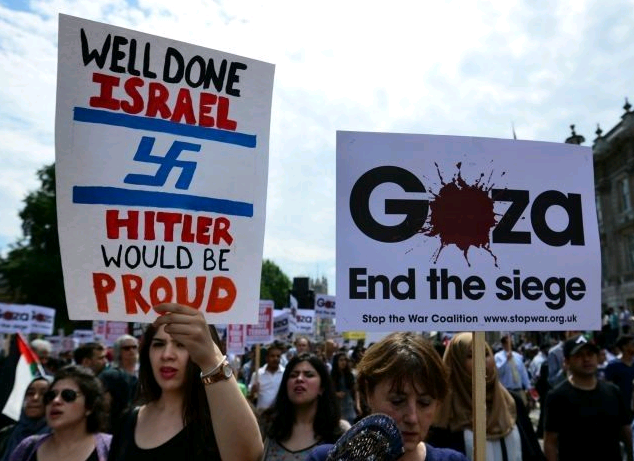 It’s always nice to take a look at the Jewdas website. You get to read articles like their latest: Philosemitism is the New Antisemitism: How Jews Are (Still) Used to Manage Exploitation or to translate it into English, liking Jews is the new antisemitism.

Note the thrust of the article:

“the nationalist fever sweeping through Europe did not miss the Pale [of settlement], where Polish, Ukrainian, Slavic and other peoples sought emancipation from Russian Tsarism through national liberation and the concept of ‘one people, one language, one territory.’ The Yiddish-speaking Jews in the cities and villages of the Pale did not fit neatly into this enlightened new order.”

The “yiddish-speaking Jews” (note the implication that the issue of antisemitism was merely one of language) as well as those Jews who spoke Russian, Polish, French, German, English and any other language you might care to name were fully aware of this and therefore developed their own national liberation movement called Zionism, which was the mechanism through which they intended to escape their plight.

What burns through the article is lack of blame attached to people attacking Jews. Always attacks on Jews were something organised by an all encompassing power. How about holding people to account for their own actions?

This conflation of Israel and antisemitism in the UK is simply blaming the victims, or more accurately placing the responsibility for antisemitism on the shoulders of Israel and, crucially, taking it away from the the people who are perpetrating it. Note this on the phenomenon of victim blaming by David B. Feldman Ph.D writing in Psychology Today:

“our tendency to blame the victim is ultimately self-protective. It allows us to maintain our rosy worldview and reassure ourselves that nothing bad will happen to us. The problem is that it sacrifices another person’s well-being for our own. It overlooks the reality that perpetrators are to blame for acts of crime and violence, not victims.”

Imagine a group of women who blame other women for sexual violence perpetrated against them because they wear promiscuous clothing. Then imagine them calling on all women to speak out against so-called promiscuous clothing just so that everyone knows that at least some women are against those kinds of clothes in the hope that potential perpetrators of sexual violence will take note and stop being violent against women.