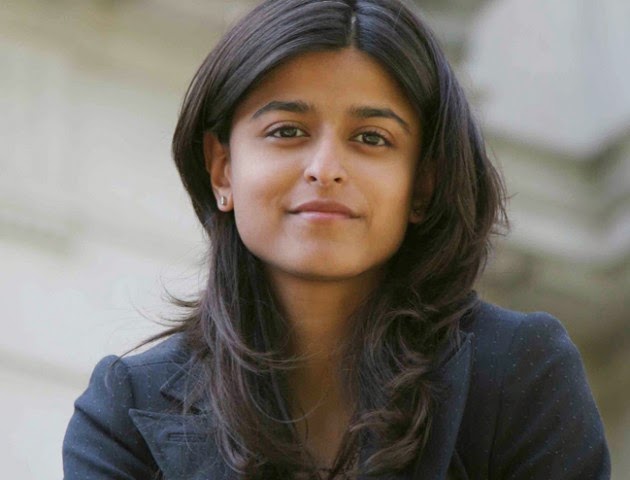 Ethnic minorities like Munira Mirza are expected to take a test that they neither have a choice in, nor can they ever hope to pass.  It is a lose-lose scenario. So, no matter how successful they are, no matter how many barriers they must overcome, they are doomed to fail this test. The test is known as the ‘ethnic minority test’ and the ones administering it are the woke left. They are the judge, jury and executioner and their purpose is to control the court of public opinion. They will punish anyone that doesn’t subscribe to their narrative. Munira is their latest target, but she will not be their last.

Munira Mirza was born and brought up in the northern industrial town of Oldham. After completing her studies in a comprehensive school and then in a sixth form college, Munira went on to study English at Oxford University. From then onwards, she forged herself a political career that would see a female of Pakistani and Muslim heritage on the steps of Downing Street as a special advisor to Prime Minister Boris Johnson. It is fair to say, what Munira has achieved was not only remarkable, but also something inspiring.

However, her recent appointment to lead the commission on racial inequalities has not only raised eyebrows, it has also unleashed a vicious campaign aimed at not only discrediting her, but has also brought to the public’s attention that she is not the right kind of ethnic minority, all because she does not subscribe to being a victim.

“Asians should not be put in charge of black lives & experiences. No matter how brilliant or how educated, and heaven knows, brilliant is not an adjective that applies here”

Contributing editor to Novara Media – Ash Sarker – was of the view that Munira was a racial gatekeeper who could give;

“political cover to ongoing injustice, and delegitimises years of study and community struggle.”

Finally, we have lawyer Dr Shola Mos-Shogbamimu who deemed it appropriate to liken Munira to not only a holocaust denier but a;

Three ethnic minority women – arguably in privileged positions – attacking another ethnic minority woman all because she doesn’t think like them. Judging from their descriptions of Munira, it is probably a good thing she doesn’t. The woke left pride themselves on tolerance, fairness and justice, yet with these examples, it seems that certainly isn’t the case here.

Munira is on the record suggesting that institutional racism is a myth. She is free to hold this opinion, no matter how unpalatable it is to others. But is such an opinion enough to prevent her from carrying out a review on inequality? I would argue – on its own – it is not. The review will be looking at the data, it will be evidenced based and it will explore to what extent inequalities occur and the impact it has. Munira suggesting institutional racism is a myth will not have a bearing on the data, because the data exists regardless of her view.

This is the key point many appear to be missing. The woke left’s campaign against Munira is essentially a desperate attempt to remove someone that is bravely challenging the status quo on racism. Munira – like Trevor Phillips – are the bane of the woke left because they will not allow themselves to be patronised like this.

If structural racism is what is keeping ethnic minorities from progressing, then it is certainly the case that the woke left are doing the exact same thing when it comes to dissenting voices. It is therefore no surprise that they target ethnic minorities such as Munira Mirza, Katherine Birbalsingh and Trevor Phillips. Individuals that have – against the odds – made successes of their lives and are not bound by the shackles of victimhood. It is individuals like these that strike fear into the woke left’s narrative. A narrative that places all ethnic minorities into monolithic block, doomed to failure because Britain is racist. They are – themselves – evidence that this “truth” needs re-examining.

Yet for all the progress we have been making in society, it seems we are constantly being pulled back. We are told we are not integrating enough by those on the far-right. On the other hand, we are told we are integrating too much by the woke left as they obfuscate our success with maintaining institutional racism. We cannot pass this test, no matter how hard we try. If ethnic minorities are doomed to fail, then maybe we are living up to the bigotry of low expectations the woke left have for us. This certainly cannot go on and the woke left are beginning to realise that.