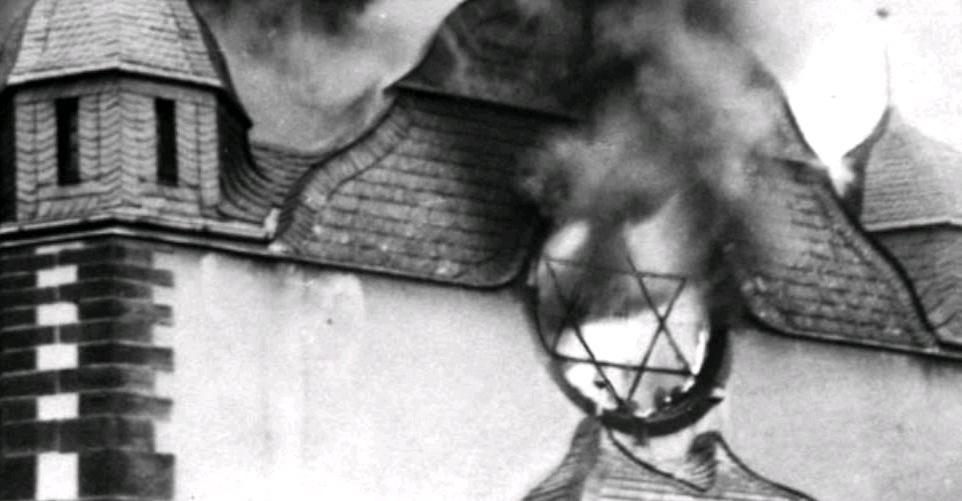 Tonight we commemorate the 80th anniversary of Kristallnacht, the “night of broken glass”. That night, 9 November 1938, Nazi fury broke out against Jews throughout Germany and Austria — 92 were killed; 30,000 were seized and sent to concentration camps; 7,500 Jewish businesses were set on fire and destroyed.

It was the most ominous sign of what was to come. But it had another dimension no less terrifying: 267 synagogues were burnt. Thousands of Torah scrolls, Judaism’s most sacred objects, were desecrated and thrown into the flames. Suddenly it became clear that the Nazis were intent not only on killing Jews. They sought to kill Judaism itself.

They failed. The Jewish people, tiny, vulnerable, lacerated, having stood face to face with the angel of death, still survives, and prays, and gives thanks to God.

Somehow, Judaism outlives every attempt to destroy it. Its symbol is not the fierce fire that burns synagogues and sacred scrolls and murdered lives. It is the fragile flame we, together with our children and grandchildren, light in our homes throughout the year and every week for Shabbat, singing God’s story, sustained by our hope.

We will never forget those who died in the Holocaust, and we will never stop being who we are and living our faith with pride.

Wishing you all a Shabbat shalom.

A day like every other day awaits us.
The terrible whistle shrilly announces dawn:
“You, O pale multitudes with your sad, lifeless faces,
welcome the monotonous horror of the mud …
another day of suffering has begun.”

Weary companion, I see you by heart.
I empathize with your dead eyes, my disconsolate friend.
In your breast you carry cold, hunger, nothingness.
Life has broken what’s left of the courage within you.

Colorless one, you once were a strong man,
A courageous woman once walked at your side.
But now you, my empty companion, are bereft of a name,
my forsaken friend who can no longer weep,
so poor you can no longer grieve,
so tired you no longer can shiver with fear.

O, spent once-strong man,
if we were to meet again
in some other world, sweet beneath the sun,
with what kind faces would we recognize each other?