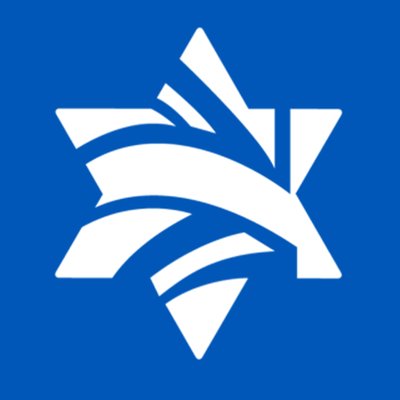 The Board of Deputies of British Jews – a charity seeking to provide a voice to the British Jewish community – intends to form a ‘Commission on Racial Inclusivity’ led by Stephen Bush as a way to tackle some of the anti-Black racism felt by some British Black Jews. The impetus to set up the commission comes after the death of George Floyd – at the hands of a policeman in America – and to match the solidarity already shown to Black communities, by committing to tackle anti-Black racism within its own community.

This is of course very much welcomed and something other religious groups can also look at to potentially replicate within their own context. It is therefore worth examining some of the instances of how anti-Black racism manifests itself in other religious communities – to judge whether there is any merit for them to set up such a commission – and something the Board of Deputies could take into consideration as evidence for their own. Thus, my contribution here will be a personal take on it, rather than academic.

Within British Muslim communities’ anti-Black racism does exist and it would be a lie to say otherwise. No racial or ethnic identity has a monopoly on Islam or Muslims. So, whilst Islam originated from the Arabian Peninsula and much of the Arabian customs that existed then – and which have now evolved – may form a part of many Muslims identity, it does not and is not a necessary requirement to be a Muslim.

To become a Muslim is a binary task. It is simply achieved by reciting the declaration of faith (shahada); “There is no God but Allah and Muhammad is the Messenger of Allah”. However, it is not a binary task to take someone out of the fold of Islam (takfir), unless of course one comes to reject the Shahada (murtad). In any event, who is and is not a Muslim is a matter for God (Allah) to decide, not for Muslims or anyone else.

With this in mind, anyone from any race and from any ethnicity is free to become Muslim. The inclusive aspect of ‘membership’ to one of the largest religions in the world is quite impressive. However, once in, the ‘benefits’ of membership may not necessarily be what one expects and they may find that conversion into the religion has not actually removed racism, but has rather manifested itself differently.  Of course, that is not to say every Muslim is racist or that Islam is inherently racist (though this may be contested), just that racism isn’t vanquished because of Muslims or Islam.

For example, a video circulating recently on social media – in light of the Black Lives Matters Movement – shows many examples of how Islam and Muslims are not racist using a list of significant events involving Black Muslims. One of the examples cited are; the first man to make the call to prayer (adhan) was Black. Whilst this may be true, it is not to say that this example – and the others – are in and of themselves either enough to absolve the religion of racism or its adherents. It would also be correct to say that these examples are not representative of Black Muslims, which is by nature a diverse group of people.

The problem is, if you are to look at people based only on their race or ethnicity, then that is the lens you look through and judge them on. I would imagine many Black Muslims would feel patronised at being used as examples of how Muslims are not racist, rather than highlighting how some Muslims are racist. The celebratory aspect of this video is more of a dismissal of anti-Black racism and Black Muslim experiences, than it is of tackling anti-Black racism found within Muslim communities.

To me – at least – the video seemed to be a tenuous attempt at tackling the issue and is akin to saying “I’m not racist. I’ve got a Black friend”. This is perhaps a rabbit hole – where the focus is exclusively on race or ethnicity – the Board of Deputies should avoid for their own commission. In other words, rather than showing Black Jews as examples of how anti-racist the religious community is, show examples of how a minority is not and what you are doing to tackle it.

There is a problem here of course and this is one of identity. Many people form their identity based on a number of variables and there are others that do not. Tackling anti-Black racism within Jewish communities must not be done using the framework of identity politics, but rather by using the simple concept of humanity.

Instead of looking at what divides and separates you, it would be better to look at what it is that unites you. For a start, all Jews are not Black, however some Black people are Jews, it should therefore follow that all Black Jews are people. Thus, unless the focus is on the broader issue of humanity rather than focussing on the intersections that make that person who they are (e.g. religion), then the Board of Deputies could end up focussing on certain parts of a person instead of looking at them simply as people.

Another issue I find is how some Muslims may hide their racism by using religion as a cover, and it is therefore important to be able to recognise that when it does happen. For example; I can’t be racist because it is haram (forbidden). Or I can’t be racist because Islam does not discriminate. This is a false argument and in fact diverts the attention away from the behaviour of the racist individual and instead sends one down the route of how they are not racist. The victim is thus ignored in these scenarios. It is also a way of protecting Islam and Muslims from any criticism and this is wrong. Whilst Islam is a cherished belief for many Muslims it is not absolved from scrutiny. Thus, in the same vain, whilst being a Jew may not mean you are a racist, it does not mean you cannot be racist if you are a Jew.

Anti-Black racism in Muslims communities will present itself in various ways so when it does, the very least that can be done is to acknowledge it. Islam is inclusive in its membership, but that inclusivity is based on who can join, not how one is treated. Islam as a religion is not above scrutiny, therefore if there is anything to suggest that it inherently discriminates against anyone based on race, then it should be challenged. Behaviour of Muslims must also be looked at. If they are acting in a way that is discriminatory towards someone based on their race, it needs calling out.

The Board of Deputies will hopefully be able to provide a unique insight into the anti-Black racism within Jewish communities with possible steps towards tackling it. However, anti-Black racism will nonetheless exist elsewhere anyway. It is because those that engage in it, are in fact racist regardless if they share a religious identity with their victims. Religion by itself will not stop racism, but a move towards a shared sense of humanity guided by religion maybe a more positive step forward for Jewish communities.