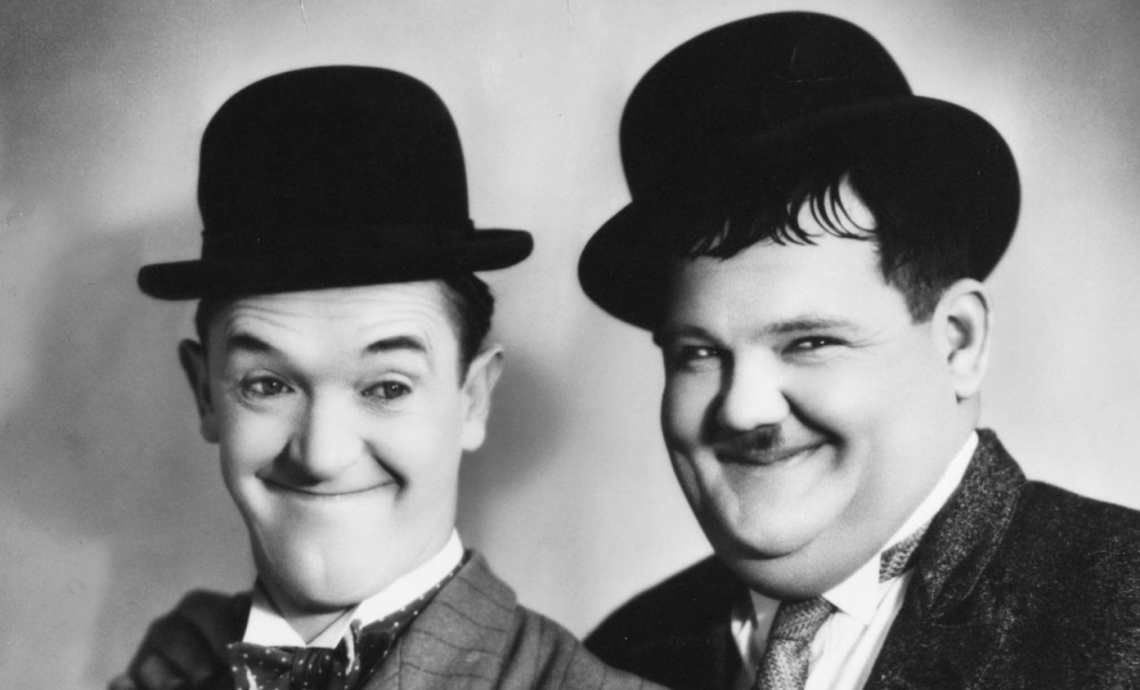 When I think of Theresa May and Jeremy Corbyn I hear the Laurel and Hardy theme.

Catastrophic mistakes have resulted in the two main parties being hit by a perfect storm, with their combined share under a quarter at the EU elections, down from over 80% in under two years.

First was May’s mishandling of the 2017 election.

A month before polling the local elections resulted in a lead of 11% based on projected national share – potentially a Thatcher or Blair sized landslide.

A poor manifesto, the Maybot and Corbyn being given space lost more than three quarters of that lead in a month.

Eighteen months later, helped by antisemitism, Salisbury, Syria, etc, Corbyn’s personal ratings had plummeted and the Conservatives were ahead.

Brexit then became uncertain. This created another space; Brexiteers lost confidence in the Conservatives, rejected “constructive ambiguity” and flocked to Farage, Remainers were re-energised and saw (mainly) the LibDems as a beacon, again rejecting Labour.

Farage’s achievement cannot be overstated, going from a standing start to topping the polls in a few weeks.

It was, however, avoidable.

A deal could have been reached, but Labour walked away.

Had any Withdrawal Agreement Bill passed the rug would have been pulled out from beneath both Remainers and fundamentalist Brexiteers.

Although 14% beats 9% Labour’s hole is no better than the Conservative’s.

Most of their voters were Remain with a significant Leave minority and there is a disconnect between the Leader and membership, which undoubtedly wants a Second Referendum with a commitment to support Remain.

There are self-serving pieces, such as this by Richard Corbett, claiming:

“Perhaps only a tenth of Labour voters still support Brexit, and most of them would not abandon Labour on that issue alone in a general election.”

Between about a quarter and a third of Labour voters supported Leave and the scale of Farage’s success suggests a still high figure outside areas like London causing Matthew Goodwin to postulate the strange death of Labour Britain.

The Peterborough by-election victory was due to a ”huge amount of planning and organisation, which had been not just weeks but many months in the making”. The Brexit Party, again from a standing start, were 683 votes behind; add UKIP’s activists and their 400 votes and Labour could have lost.

Labour Remainers are not unchallenged. Ruth Smeeth and Gareth Snell say that ”Labour needs to ask why it lost seats in the industrial heartlands”.

Until Brexit became a factor in a real election “constructive ambiguity” was successful. Now everything is up in the air, Brexit is uncertain, there could be another referendum or an election, and voters prefer clarity.

Becoming an unambiguously Remain party might recover most votes but there are almost certainly more Labour Leavers than Conservative Remainers.

The Conservatives are a Leave party and assuming May’s replacement is decided by a contest they’ll be endorsed by the membership.

Their task, which ranks between extremely difficult and impossible, starts during the contest; waffle won’t satisfy Andrew Neil! Much has been written about “no deal” but that’s probably as difficult to deliver as Brexit.

I suggested that what became Change UK could supplant Labour. This assumed Brexit happening and Corbyn replaced with a kindred spirit after losing an election. Ultimately they were amateurish, had an identity crisis and couldn’t capitalise on May’s failure.

The Brexit Party and LibDems seized the initiative and predictions were accurate.

So, what happens over the summer?

The Brexit Party (Farage Party 2) may try and get rid of UKIP (Farage Party 1) as UKIP could, as suggested for Peterborough, prevent victories.

Labour should probably hope that Brexit is resolved without, or before, an election, but things will probably come to a head at their conference. A Wilsonian free vote referendum could be a solution, but there are many entrenched positions.

The LibDems’ Remain position took votes from Labour, but can they keep them? They’re wherever or whatever is popular – and will soon have a new Leader. They’re winning seats and doing well in the polls, if they move left there’s a pro-EU constituency that supports high(er) taxes and a big(ger) state but despises the Corbynite worldview. Their conference will also be interesting.

The momentum – no, not Momentum! – is currently with the Brexit Party and LibDems.

If the EU election results and subsequent opinion polls were repeated in a First Past The Post election both Labour and the Conservatives would suffer, but predictions, like opinion polls must be treated cautiously.

Could either, or both, be replaced?

They have nationwide structures and a large presence in local government but, in addition to insurgents making the right decisions, much depends upon timing.

A second election in 2017 would have probably put Corbyn in Downing Street but entropy is now increasing.

Many parties would have dumped an underperforming Leader but the increased membership is due to replacement as well as addition. It’s uncertain how many of the pre 2015 leadership contest members remain but there is a steady exodus of “moderates”. There are calls to stay and fight but, other than on Brexit, much of the membership comes from under the same stone and Corbyn might win any contest with a greater percentage than 2016.

In 2015 Chuka Umunna was a short lived candidate for the Labour leadership but is now a LibDem and talked of as a future leader.

This would have been unthinkable even fairly recently, but the memory of tuition fees and the coalition is fading. Others may follow as it now looks less like the political suicide it once would have been.

There are, still, some on the left who claim that Brexit is a “right wing project”, which the diverse Brexit Party disproves, but a one trick pony won’t survive.

As the likes of Claire Fox and Ann Widdecombe probably disagree about almost everything, except Brexit, it should be easier for the LibDems to permanently attract non Corbynistas from Labour – it’ll be interesting to see if any follow Umunna – than for the Brexit Party to do the same with Conservatives.

Short term attention will be on the next occupant of Downing Street who will find, to coin a phrase, that “nothing has changed” but they have a ticking clock and a pack of baying Faragists at their throat.

If they can succeed where May failed they might see off Farage and turn their attention to Corbyn. If not, they may reach for an illegal substance – again!

This article was contributed by John Wall