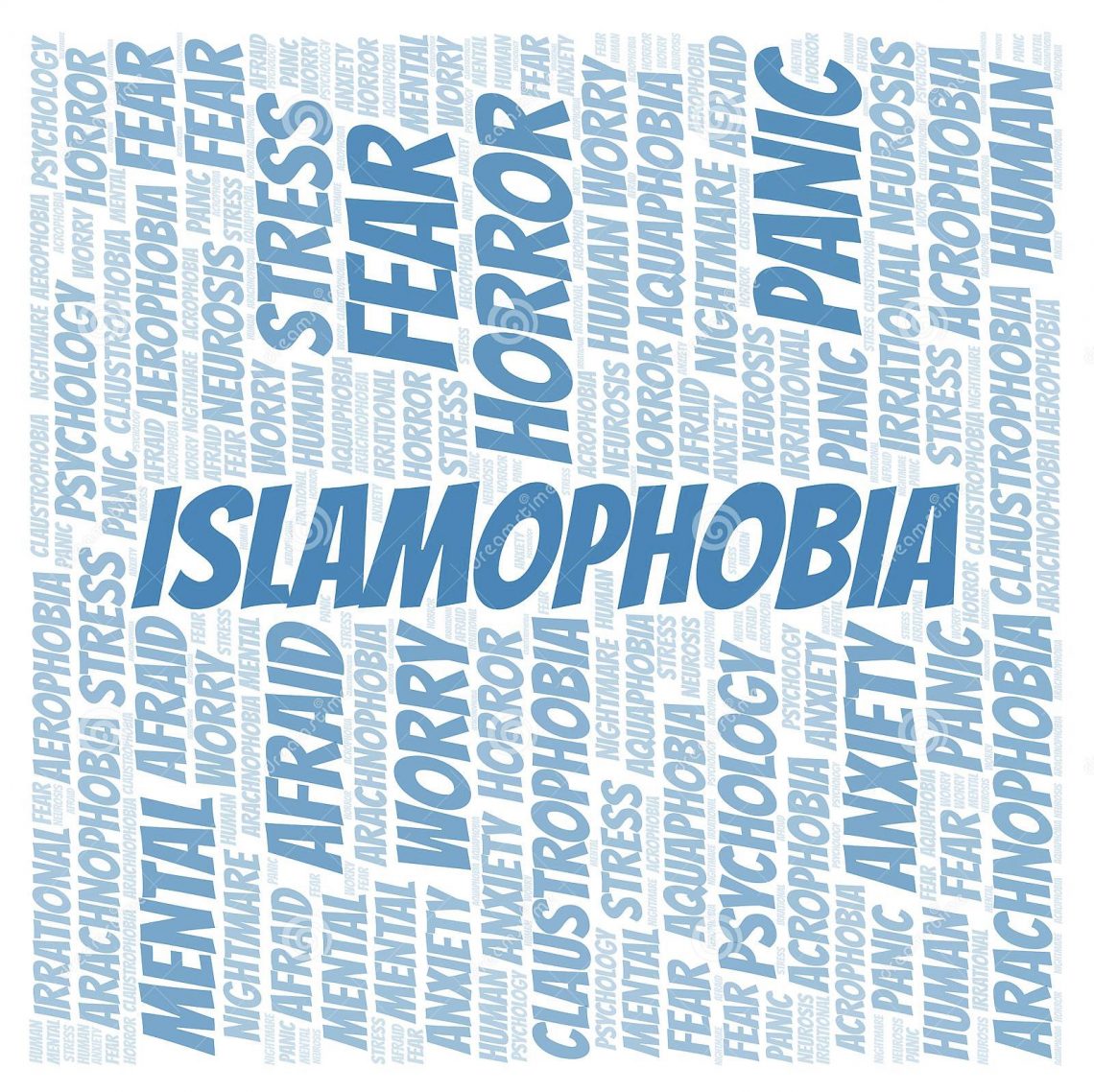 The Conservative Party promised to establish its own definition of ‘Islamophobia’ and two years later, they have not. But this is unsurprising, because such a definition will be difficult to achieve. MPs have debated the issue this week, in the misguided view that the current APPG working definition of Islamophobia is the best we have. It isn’t and I shall explain why.

The term Islamophobia has been in our lexicon for close to three decades. Whilst its aetiology maybe disputed, it is long been accepted that when it was first coined in 1997 by the independent race equality think tank the Runnymede Trust – in their seminal report Islamophobia: A Challenge for Us All – it prominently became a word used to describe hatred towards Muslims and against Islam. In 2019 a group of British MPs from across the political spectrum, known as the All Party Parliamentary Group (APPG) on Islamophobia – sought to advance the definition by proposing their own:

Islamophobia is rooted in racism and is a type of racism that targets expressions of Muslimness or perceived Muslimness.

The premise underpinning the new definition is that it is essentially racist to target Muslims. It is precisely this line of argument, that allows Islamists to use this definition as a door to enter into mainstream politics, influential think tanks that focus on race and equality, as well as educational establishments. The intention once inside these institutions, is to influence policy practice with the dual purpose of ensuring it is both “Muslim focused” and “Islam friendly”. This strategy can be known as the “Islamising of public policy discourse to advance the agenda of Islamists”.

In order to establish whether it is possible for Islamists to use Islamophobia as this so-called door and thereby “Islamising public policy discourse”, it is probably worth examining the definition in more detail.

The first claim made within the definition is that Islamophobia is rooted in racism and is a type of racism. The attempt here is to conflate religious identity along the lines of race. In the report Islamophobia an anthology of concerns published by the think tank Civitas, Emma Webb – former director of the Forum on Integration, Democracy and Extremism (FIDE) – charges the APPG of employing the concept of ‘cultural racism’ as a means to bring it in line with other forms of discrimination. Tim Dieppe head of public policy at Christian Concern advances this argument further as he stridently points out that whilst Islam isn’t defined in the APPG report, this is nonetheless an attempt to racialize it.

The concept of racialisation thus situates Islamophobia within anti-racism discourse which is not however just informed by biological race, but by a culture.

Dieppe rightly diagnoses the issue with this in that, by placing Islam within a racial dimension, criticising any aspect of it could lead to the charge of Islamophobia, which – if we agreed with the APPG definition – would thus be racist. This therefore creates a separate protective layer around not just Muslims, but also Islam which other religions and its adherents do not enjoy. Furthermore, it falsely accuses an individual critiquing Islam as racist, when the charge of actual racism would not normally apply in similar cases.

The second claim within the definition is “expressions of Muslimness or perceived Muslimness”, that being Muslim is not only both visible, but so too are its practices.

Muslimness is left undefined and it is correct to do so, this is because if it wasn’t it could potentially caricature Muslims as looking, thinking, speaking in a same and particular way. Moreover, an attempt to define Muslimness would be an incorrect approach and erase the vast diversity within British Muslim communities. It is on this point that I am in agreement with the definition. But that is not to say the definition is correct to employ the term Muslimness in the first place. Nor is it correct to use it as a variable to strengthen the definition of Islamophobia. In fact, the inclusion of such a variable weakens the definition as I shall explain further.

Dr Rumy Hasan senior lecturer at Science Policy Research Unit at the University of Sussex, considers the inclusion of Muslimness in the APPG definition as “illegitimate”. The rationale is that being a Muslim stem from beliefs and practices of Islam, rather than biology, which is where race comes from. Moreover, the assumption that Islam – which is essentially an ideology – can be conflated as race is palpably false. This is because, unlike anti-Semitism where Jews are targeted because of their race, the same is not true for Muslims, as they can come from different races and from different parts of the world.

Moreover, the perception of Muslimness is not just a personal one, but can also be left for others to decide. Peter Tatchell, director of the human rights organisation – The Peter Tatchell Foundation – in his contribution to the same Civitas report, considers the implications of using the term Muslimness, which I will quote at length:

Muslimness is a vague and subjective term. Who gets to decide what it means? Muslimness means different things even to different sects of Islam – Sunni, Shia, Sufi and Ahmadi. Some ultra conservatives and Islamists claim to represent true Muslimness and use it to justify their opposition to women’s and LGBT+ rights.

The fact that Muslimness can neither be vague nor descriptive highlights why it is problematic as a variable within the definition of Islamophobia. Identity is a personal matter that should be left to an individual, rather than a matter of policy or for others to establish. The danger therefore of the inclusion of such a variable, is to place moral judgment on what a good Muslim is and what a good Muslim isn’t. The same is therefore true of what a Muslim should look like, and what you would expect a Muslim to not look like.

Such a definition would therefore be at the hands of the state and the judiciary – the arbiters of Muslims and Islam – and in modern times this would be an extraordinary backwards step, a step that resembles Muslim majority countries such as Iran, where Muslim women must wear the hijab as a matter of law. The same would not apply to any other diverse group of people in Britain and therefore, othering Muslims as a separate category of people.

The Door for Islamists

It appears, the problematic nature of the definition would serve Islamists well, because it allows them to use the definition to promote a binary view of the world as Muslim and kafir (non-Muslim). Emma Webb rightly posits that current laws (Crime and Disorder Act 1998; Public Order Act 1986) are sufficient enough to tackle hatred and bigotry towards individuals that happen to be Muslims. Furthermore, should such a definition become law, then it could stand in contradiction to the Waddington Amendment (Public Order Act 1986, section 29J) that protects:

Thus, such a definition would have a chilling effect on free speech, which is an essential part of a liberal western democracy. It is not something that is necessarily enjoyed in Muslim majority countries such as Saudi Arabia where free speech activist Raif Badawi is still being held in prison for charges of setting up a website for social and political debate. For Islamists, curtailing the right to free speech when it comes to Muslims and Islam is helpful, as it emboldens their actions and gives them a de facto state licence to continue as they please without fear or challenge.

Worryingly the definition has already been adopted by most of the mainstream political parties in Britain, and has been incorporated into policies in some local councils. As highlighted already, Muslims must not be caricatured, because they are neither the same as each other, nor are they different from the society in which they reside in. Moreover, if such a definition becomes law, it is the first step in the curtailment of free speech. As already argued before, free speech is an essential component that separates Britain from theocracies such as Iran or Wahabi influenced countries like Saudi Arabia.

Islamists are seeking to use this definition to enter into institutions to make them “Muslim focussed” and “Islam friendly” and this appears to be the reverse of how Britain operates. It is not for the law to bend its knee to religion, but rather to ensure members of any religious group or none, to act in accordance with the law.

The law must be separated from religion – especially Islam – not infiltrated and contaminated by it. Should this occur, we would see the soft version of Islamic law morphing into public law which would not only be applicable to people of Muslim, but also non Muslims.