Al Jazeera posted a video on Friday that questioned the “truth” of the Holocaust and asserted that “the Zionist movement benefited from it.” The video was later taken down with claims that it violated the editorial standards of the network.

The controversial video, now deleted, was promoted in Arabic. “Gas ovens killed millions of Jews. That’s what the story says. What is the truth of the Holocaust and how did the Zionist movement benefit from it?” Screenshots show elements of the video and the tweet. A woman who claimed to have taken part in making the video tweeted “did Hitler kill 6 million jews? And how did Israeli occupation benefit from extermination?” She also asked if Hitler had cooperated with Zionism. A link to the original Al Jazeera tweet has been deleted.

From the show’s host (since deleted) 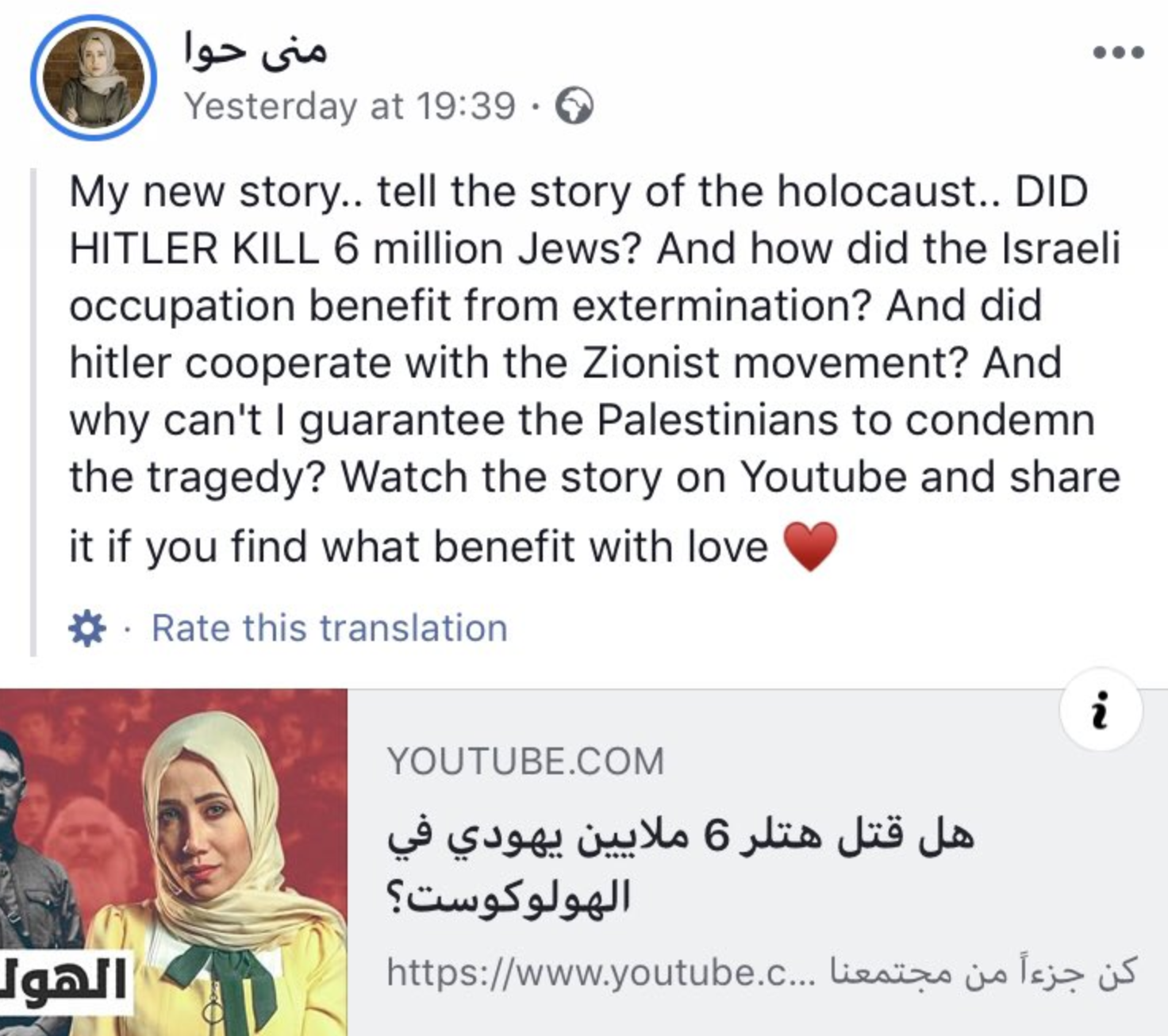 And from those who noticed the programme and brought it to the attention of non-Arabic speakers:

This is the true face of Qatar’s Al Jazeera. Unabashed Holocaust revisionism and anti-Semitism on its Arabic channel.

#AJplus posted a video in Arabic that claims the story of the Holocaust is exaggerated&used by Israel to justify ethnically cleansing #Palestinians.@AlJazeera would never post such content in English but FYI their Arabic content is full of antiemetic rhetoric pic.twitter.com/vOeCiCeAFN

In 1979 Kuntar headed a team of four terrorists who took a boat from Lebanon to Nahariya in Israel. Upon arrival they murdered a policeman and then entered an apartment building and took Danny Haran and his four year old daughter Einat from their apartment at gunpoint.

Kuntar took his hostages to the beach where Israeli forces caught up with them. During the firefight Kuntar shot Haran in the back and then drowned him in front of his daughter. He then murdered Einat by smashing her skull into rocks with the butt of his rifle.

Kuntar was Israel’s longest serving prisoner until he was exchanged for the bodies of Israelis fallen in 2006. Shortly after his release Al Jazeera organised a party for him.

Kuntar was killed by an explosion in Syria in 2015.

Exhibit B: @ajplusarabi in Arabic
Zionists were complicit in the Holocaust for their own benefit because why not. pic.twitter.com/TLX9IWSBxn

Those who wonder why it is that Jews argued Al Jazeera’s two undercover documentaries into the “Pro-Israel lobby” in the UK and USA were antisemitic need look no further than those occasions when the mask slips. 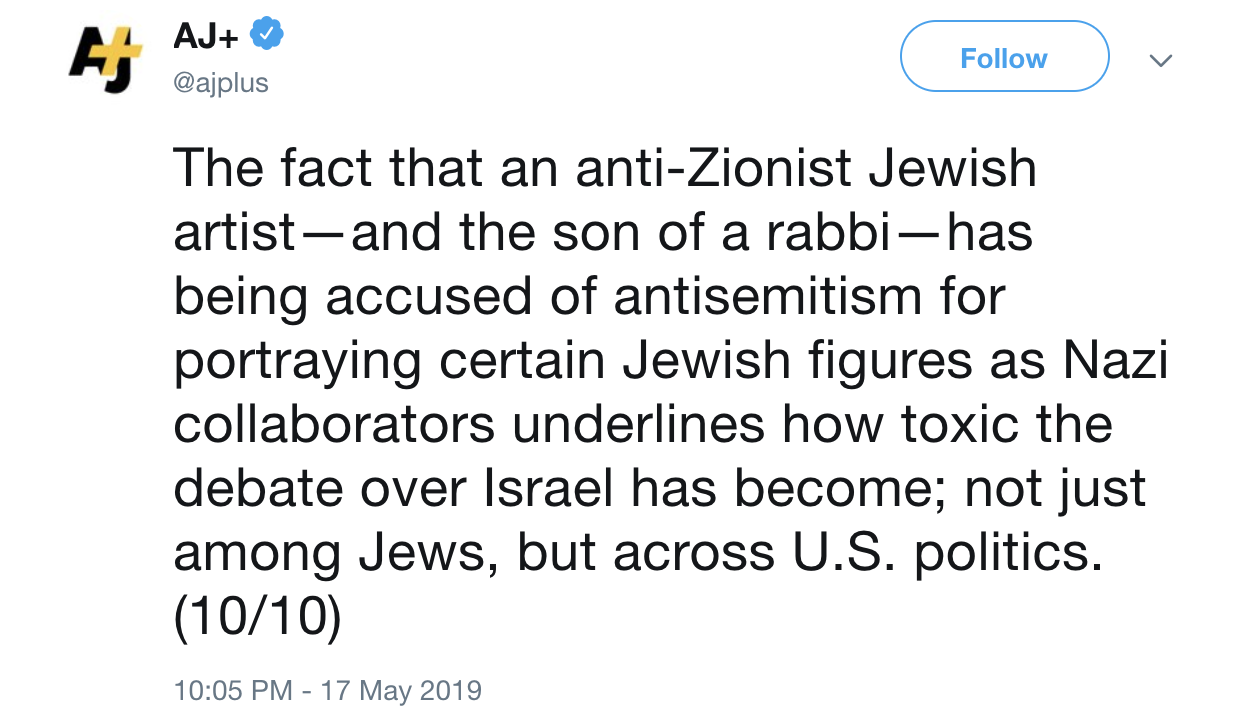