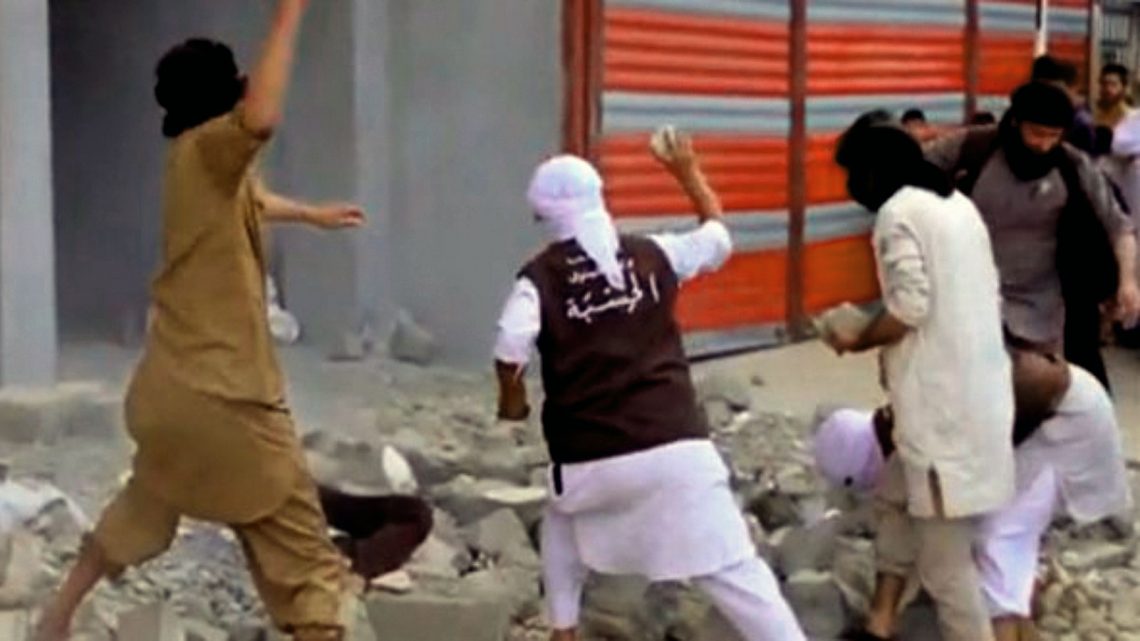 Brunei is introducing Sharia Law. Topping the list of cruel – but sadly not unusual – punishments under this penal system is the stoning to death of gay people, and adulterers. Limb-amputation for crimes such as theft, and corporal punishment for lesser transgressions are also part of the code.

Brunei joins ten other countries in imposing the death penalty for homosexuality. All of these countries are Muslim-majority countries. A map of the world where lesbian and gay people are criminalised and can expect to face harsh penalties is essentially a map of the Islamic world. A similar map can be drawn showing the worst oppression of women. It goes without saying, almost any credible list of the worst human rights offenders on Planet Earth will feature a majority of Islamic countries.

This is why people in the West fear Islamic immigration. It is not about racism and it is not about prejudice. Obviously there is a small racist contingent who oppose any and all immigration, particularly from countries with different skin colours, but there is nowhere near the level of opposition to immigration from Christians, Hindus, Sikhs, Buddhists, Zoroastrians, or Secular Humanists and Atheists, from anywhere in the world. We have to be honest about why this is the case.

If we’re honest, it is because we fear – for good reason – the regressive social attitudes and violent punishments for moral crimes that the Islamic world imposes.

Once, before I was wiser in  the ways of the Internet and the implications of having seemingly unfettered and unlimited access to information, I made the mistake of watching a stoning video while researching an article. I wish I never had. It changes one. It destroys an innocence one can never regain. The fact that in 2019 any regime could contemplate introducing this barbaric punishment for a mere moral crime is something which should shock and outrage the world. But it doesn’t. The fact that almost a dozen other countries already carry out such or similar punishments should keep us awake at night. It isn’t ISIS doing this, it is national governments of countries our diplomats brush shoulders with in the stairways of the United Nations.

We feel relieved that it is “over there” and we fear above all that it will come here and translate into attacks in our streets by criminals and terrorists unable to adjust to our secular, western way of life. It is not an irrational fear.

The fear is heightened because those who in the past have called for integration or greater efforts to monitor extremism in the Muslim community have been mocked, denounced and branded racists, Islamophobes and neo-Colonialists, to the point where moderate, liberal people have stopped talking about their fears and the opposition to Islamic extremists seems to have been ceded entirely to far-right racist extremists, like the EDL. I won’t belabour this point because I spoke about it at some length last week.

The fear is not diminished by poll after poll demonstrating that a high proportion of the Muslim community in Britain retain the social attitudes so cruelly and violently expressed in Muslim-majority countries, particularly those with “Islamic” in their title or constitution. To summarise, more than a third of British Muslims would prefer to live under Sharia law, and the number increases the younger the responder, so the indication is the problem is getting worse. Is it any surprise then that the number of young British Muslims who went off to join ISIS was in the hundreds. President Trump infamously tweeted that more British Muslims had joined ISIS than served in the British Army. The Guardian had to resort to some arithmetic sophistry to prove him ‘wrong’ – by subtracting those who had already died fighting for ISIS from Trump’s figures.

The support for Sharia varies according to the subject: more than half felt homosexuality should be illegal. A third of young British Muslims (under 25) felt that apostasy ought to be punished by death. Almost 40% believed wives should be obedient to their husbands.

A poll commissioned for Channel4 for their documentary “What Muslims Think” found, according to presenter Trevor Phillips, the former head of the Equality and Human Rights Commission:

“On specific issues – families, sexuality, gender, attitudes towards Jews and on questions of violence and terrorism – the centre of gravity of British Muslim opinion is some distance away from the centre of gravity of everyone else’s opinion. One in six Muslims say they would like to live more separately, a quarter would like to live under sharia law. It means that as a society we have a group of people who basically do not want to participate in the way that other people [do].”

Phillips described the findings as “extremely worrying”. Most people would, and do, and this worry is expressed as fear.

Some will say that the fear is overblown because British Muslims – even if they thought and acted as one bloc, which obviously is unlikely – simply do not have the numbers to realise any of these dreams of Sharia law. Since British Muslims are only around five percent, (though it is growing) they are not a real threat to the general population. But this view overlooks the fact that there are other minorities in the UK too, whose rights are threatened.

The same gay people who are newly to be stoned to death in Islamic Brunei. Lesbians and gays have achieved equality in the UK and most of the West, but this is under threat as Muslim-majority areas lead to Muslim-majority schools with Muslim-majority parents who will stand outside these schools on flatbed trucks and spout the most hateful venom about lesbian and gay people, while trying to have them erased from the curriculum and from school inclusion programmes – the same ‘inclusive’ programmes that have been beneficial to the Muslim community itself. The police made no arrests. I’ll leave it to you the reader to imagine how different the situation would have been if instead of Muslim parents trying to exclude gays and lesbians, it had been EDL-supporting parents trying to get Muslims excluded from schools. Certainly, when an elderly African street preacher expressed theological differences with Islam recently, he was (literally) driven out of town by police officers acting as if they were some white-hatted western sheriffs. No paddy-wagons arrived to bus the invective-spewing Muslim parents across county lines.

However, after several weeks of this nasty state of affairs festering, at least Parliament – which cannot agree on any line on Brexit – at least managed to pass a bill with a landslide vote requiring the teaching of LGBT inclusion in British schools. I very much doubt this will be the end of the matter and it remains to be seen what interventions will occur before the bill goes through the House of Lords.

The long and the short of it is that social attitudes and firm religious beliefs which see the force of law brought to bear in Muslim-majority countries affecting lesbians and gays, religious minorities, and of course women, are significantly and disproportionately carried over to Britain’s Muslim community, and it is this – rather than simply ‘racism’ – that engenders fear and suspicion which results in so-called “Islamophobia’. This is something both progressive critics of ‘Islamophobia’ and the wider British Muslim community have to consider and appreciate, or else there will be no meaningful progress made, and few will be persuaded that a fear and hatred of Islam – the “phobia” – is irrational or unjustified.

As I said last week, the man in the now ‘infamous’ t-shirt standing next to Jordan Peterson in a photograph proclaiming his proud ‘Islamaphobia” listed a litany of grievances with Islam that any true liberal should support, not condemn. And yet he was linked in by some as being ideologically responsible for the terrible massacre in New Zealand, and Peterson’s books were dropped from some online retailers as a consequence. This type of censoring – of shutting people up – over their legitimate fears is not the way to go. It will – as I stressed earlier – cede ground to the far-right who don’t care what you call them and are in fact empowered by efforts to silence dissenting views.

This is why, to conclude, the term “anti-Muslim bigotry” as promoted by Maajid Nawaz makes more sense. Polls may tell us a prevailing community attitude, but they tell us nothing about the views of private individuals. What’s more, not all Muslims interpret their religion in the same way. There are liberal Muslims, and there conservative Muslims who nonetheless take a live-and-let live approach to secular society. The good news is that while it is true, according to polls, that over half of British Muslims would like to outlaw homosexuality, a sizeable minority – “almost half” – do not, whether they approve of it or not. Part of the problem affecting wider public perception of Islam in Britain is that these Muslims are not well represented in formal institutions – it is the the MCBs, the MPACs, the Cages and the 8Pillars  groups who end up all over our TV screens. It is beliefs, and institutions, that ought to be fought, not individual people whose personal views cannot be guessed by the way they dress, or their accent, or the religion the belong to. And, it goes without saying, that violence is hardly ever the answer – and certainly not in a civil society.

But speech almost always is, and we need a great deal more frank and open discussion about how the barbarism in many Muslim-majority countries, and socially regressive attitudes in sections of the British Muslim community, are driving fear and loathing of Islam.