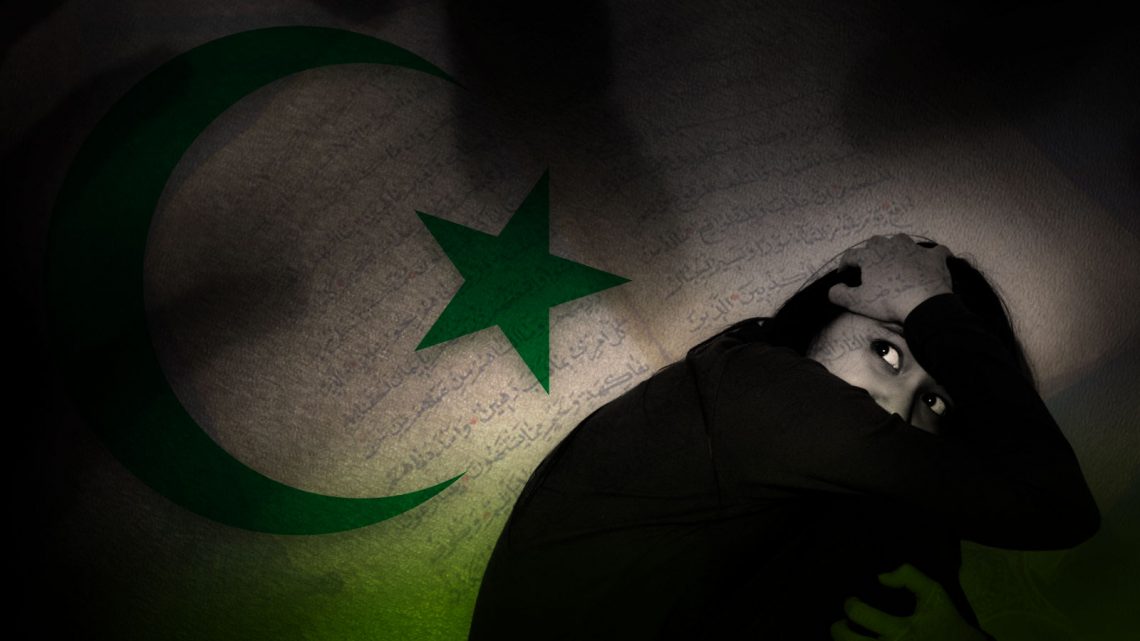 David Toube (FOTP) has written a thought-provoking article for the Jewish Chronicle warning that the rush to be seen to be “doing something” in the aftermath of the Christchurch massacre might see the “fundamentally flawed” All Party Parliamentary Group on British Muslim’s definition adopted in haste.

He explains that it seems that little real work has been done trying to understand ‘Islamophobia’ – or ‘anti-Muslim hatred, as liberal Muslim commentator Maajid Nawaaz argues it should be called instead, and more accurately. “It is one of the biggest misnomers to come about in recent years,” he says.

In his piece, Toube says:

The authors of the report have taken the structure and content of IHRA Working Definition of Antisemitism as their starting point and, in many places, done little more than cross out ‘Jew’ and insert ‘Muslim’ in its place. Most forms of bigotry have some common characteristics but diverge significantly in their details and form.

I’d like to summarise his reasons – but it is worth reading his article in full anyway – and add some other reasons that occurred to me. But first, a précis of David’s list:

Firstly, the APPG replaces the term ‘radical’ with ‘racist/fascist” in describing groups which might want to harm Muslims. He feels this is limiting in its specificity since there is a growing section of the Assad/Putin-supporting Left who might also fit the bill.

Secondly, it fails to accept that there’s a sectarian dimension to the problem of threats of violence against Muslims of which ‘other Muslims’ are often the source. Indeed, the murder of an Ahmadi Muslim in Scotland was carried out by another Muslim who believed he was an apostate. Sunni-Shia rivalry also can be quite intense.

Thirdly – and this mirrors what I was saying a few days ago about the notorious ‘Islamophobia-Watch” blog – some invective is directed at liberal Muslims, by conservative and fundamentalist Muslims.

It is impossible to “shoehorn” the definition into the IHRA document on antisemitism, he says.

I don’t think that this is all there is to say on this subject, so here are some points for discussion. The APPG report states its central belief that “Islamophobia is rooted in racism and is a type of racism that targets expressions of Muslimness”. This is a clumsy and unhelpful starting point.

Judaism is a non proselytising religion/ideology. It does not seek to impose itself on humanity. Islam is emphatically the opposite. It does, and its many followers do, believe it is the best way for humanity to live. Any religion with this world-view is going to encounter push-back, and certainly Christians attempting something similar in Muslim-majority countries would likely face the same antipathy.

Added to that, the extremes of Islam – even the mainstream if you include a global representation of the religion – are opposed to Western values of secular democracy. An alarming proportion of British Muslims support, for example, Sharia Law. It would be naive to think that this sort of polling data doesn’t affect public perceptions of British Muslims. A more inclusive society is a good thing, but that is premised on the assumption that everyone wants to be a part of it. The one Jewish state, in contrast, has embraced Western values.

There is a deep-seated hatred of Jews going back millennia, and it is based on irrational religious disagreements, including culpability for the death of Christ. In contrast, the West and the Muslim world have a history of military conflict behind them. Of course there is a weak folk memory of this, but it has been reignited in recent decades by hundreds of jihadi attacks, not least of which was 9/11. It certainly feeds into its revival, as does the ‘we will reconquer Spain‘ rhetoric by Islamic extremists, which isn’t helping. It is naive to think this historic stand-off – right up to scenes of Ayatollah’s declaring ‘Death to America’ – doesn’t impact on perceptions of Islam, and it is just as naive to think that terrorist atrocity after terrorist atrocity around the world signalled by the cry of “Allah Akbar” doesn’t also deeply affect the public’s feelings.

Now it is reasonable to say that it is unfair to blame all Muslims for the foreign policy of Muslim-majority countries or the actions of extremists in the West. It certainly is unfair and it shouldn’t be done. However, efforts to confront this extremism – principally the arguing against Hate Preachers, often working in mainstream Mosques – is denounced as Islamophobic, and even ‘racist’ and for years critics have been shut down. It would be a terrible idea if those promoting an extremist form of Islam, or simply socially-regressive ideas were put beyond criticism by these guidelines.

Finally, antisemitism guidelines are based on the idea of Jews as a racial group primarily. It does not seek to protect Jewish religious ideas from criticism. There is a real risk that a carelessly framed policy on Islamophobia might introduce a new blasphemy law, whether unintentionally, or by stealth. Certainly criticism of Islamic ideas by secular humanists have frequently been denounced as “Islamophobic”.

If antipathy towards Islam is to be pathologised as a ‘phobia’ it needs to be clear that it is targeting irrational hatred of Muslims, for example by those who harbour far-right conspiracy theories – something else David Toube has written about in some detail – rather than theological disagreements, ideological disagreements, opposition to conservative or extreme social views, counter-extremism, and last-but-not-least, bigotry and prejudice within the Muslim community itself.

And this is an unavoidable topic. In today’s news is a report that the homophobic opposition to inclusion of LGBT topics in the curriculum of a Birmingham schools by Muslim parents has spread to other schools now demanding the same action after the first school successfully had these lessons cancelled. And it isn’t just inclusion in lessons, according to polling data, half of British Muslims are in favour of banning lesbians and gays from the teaching profession entirely (and of course, more than half would like to see homosexuality banned altogether).

Would this not be a rational reason for LGBT people to fear the influence of Islam and to oppose it? It is not like this is the first time.

Labour MP Wes Streeting yesterday called on measures to root out the “unchecked prejudice” of Islamophobia in “our communities and schools”. He appeared blind to the fact that the most obvious example of unchecked prejudice in communities and schools was the unedifying sight of these Muslim parents demanding lesbainas and gays be written out of school lessons, about which he appears to have nothing to say, despite being the 33rd most influential LGBT politician in the UK. Well at least he was ten years ago.

Around that time, the (then) head of the Muslim Council of Britain declared, with the support of dozens of Imams, that gay people were “harmful” to society. Following the resulting uproar, the MCB stated it was unwilling to meet with LGBT groups to enter into a dialogue. Not much has changed in the intervening years. Instead of addressing the issue in Birmingham the MCB has nothing to say, but is going to Birmingham this week to host a conference on “holding the media to account” for its “Islamophobic messages”. A search for the term “LGBT” on the MCB website returns one result: a complaint that an ex-Muslim group carried an Islamophobic placard criticising the East London Mosque during the London Pride parade. You may remember from my piece a few days ago, that the East London Mosque was the centre of the “Spot The Fag” talk and the “Gay Free Zone” signs. The MCB is not a fringe organisation. It is by its own account: “the UK’s largest Muslim umbrella body with over 500 affiliated national, regional and local organisations, mosques, charities and schools.”

Is it any surprise then that many people might conclude that it is in fact Islam that is “harmful to society”, not lesbians and gays?

In contrast, its opposite number, the Jewish Board of Deputies celebrates LGBT inclusion.

And of course let’s not forget the insanity of accusing Chelsea Clinton for criticising antisemitism!

Almost all anti-Jewish stuff is antisemitic in nature because on the whole Jews have done nothing wrong – their mainstream organisations celebrate inclusion and diversity, they do not have vocal activists denouncing Western values and culture. For the most part, they are secular and integrationist. Even criticism of Israel is largely (though not entirely) antisemitic because it holds holds Israel to a different standard to other countries. A hundred times more Muslims are being butchered by the Assad regime across the border with Israel and there is silence. Muslims are being rounded up in concentration camps in China. Silence. All around the world there are regimes far more worthy of criticism than Israel, yet only one country’s transgressions stir the blood among the British Left and British Islamists.

In contrast, a great deal of anti-Islam feeling is not irrational. Obviously at the fringes there is stuff that crosses the line into conspiracy territory, and even casually speaking, there is some ‘Islamophobia’ – or anti-Muslim hatred that is a proxy for racism. And of course there is a huge difference between animosity towards individual Muslims rather than the ideas of Islam as a religion, or political Islam/Islamism.

But a significant proportion is not irrational or racist, and it has to be acknowledged. If whatever instrument is devised to combat this prejudice and hatred is not forensic in its scope rather than being a blunt instrument, Islamists will beat us with it.