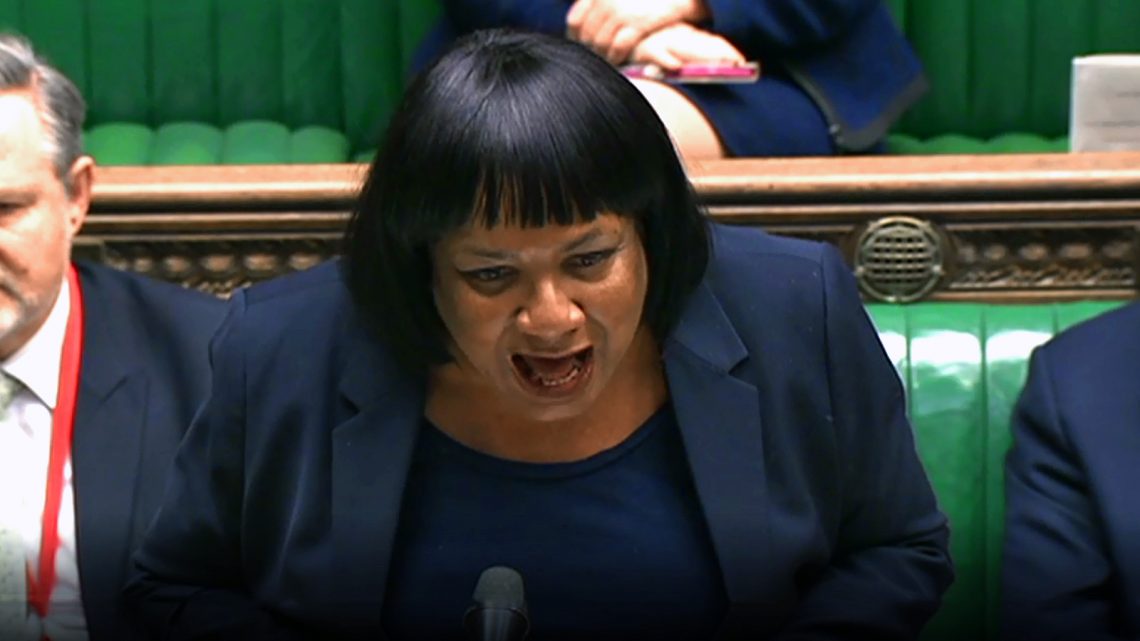 Diane Abbott, Labour’s shadow Home Secretary and possibly the Home Secretary should Labour win the next election has said Isis bride Shamima Begum “behaved badly” but appears to think she committed no crime. Abbott chose the phrase “reprehensible or near-criminal” to describe Begum’s “choices” while berating the Home Secretary Sajid Javid for apparently not going far enough to help Begum.

In her speech (see video below), Abbott appeared tired, yet emotional, and employed the “if it were your daughter” gambit to a visibly irritated Javid:

“If it was his 19-year-old daughter… would he want her to bury three babies in the course of a year?”

It is terrifying to think what might happen if Diane Abbott were in charge of the Home Office.

Certainly, there are a number of views – all with pros and cons – on the subject of what ought to be done with Shamima Begum and other returning Isis types, and each has its advocates:

I do not wish to argue about which of these is the best course of action because they all have, as I said, ‘pros and cons’ and none seek to deny the severity of Begum’s crimes. In her own words, she describes how she went off to join the Islamic State with her eyes wide open, supporting their aims, and unfazed by their cruelty.

One might even hold the view that our criminal justice system just isn’t designed to deal with the unprecedented phenomenon British citizens relocating to a war zones, and note with sincere regret that  the collection of evidence to satisfy civilian criminal prosecutions may be impossible to obtain and thus many may escape prosecution. But even this is qualitatively different from suggesting Begum’s actions fall short of the criminal. Certainly it is possible to imagine what laws she has broken:

She might be charged with membership, or support, of a terrorist enterprise, or offences relating to things which witnesses said she had done, such as mistreatment of slaves. She may also be prosecuted for conspiracy offences relating to substantive offences committed by others. Since no charges have yet been set out, it is hard to say how these might be formulated. A decent Home Secretary would at the least hope the book could be thrown at such a revolting person, not equivocate and send out a signal that joining Islamic State as a ‘housewife’ to a jihadi falls short of criminality.

This, combined with the casting of Begum as a victim herself, and the castigating of Sajid Javid for failing, we can only imagine, to dispatch a British commando unit to exfiltrate regretful British jihadis does not make one think a country run by Corbyn (who says Begum “needs support”), Abbott, and Thornbury (who blames the government, not Begum, for her child’s death) would be a very safe place. What message does this send to disloyal British citizens who might in coming years decide to follow Begum’s example should, heaven forbid, Isis’s fortunes reverse, of if a more successful group succeeds them?

To be clear, wicked Shamima Begum and her two friends went to join Isis with their eyes wide open. In Begum’s own testimony, they knew about the atrocities – the severed heads, the punishments under Islamic law (amputations, stoning, burning people alive), the brutality, the slavery, the genocide – but were “unfazed”. She said:

That Abbott thinks this “bad behaviour” might just skirt around the edges of actual criminality is shameful. We know she is rotten; let’s also hope she is wrong. With Isis calling on its followers to avenge the collapsing Caliphate with attacks in Europe, we need to have the political will to either keep them out, or keep them locked up, and the legal tools to do so.