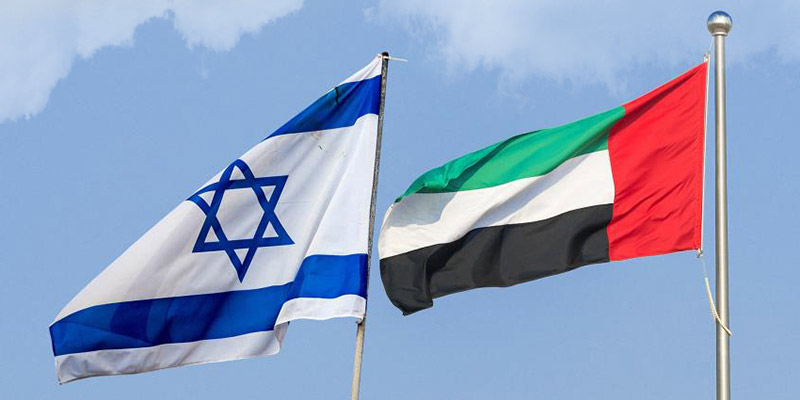 The announcement of “normalisation” between Israel and the UAE, and the subsequent abolition of the UAE’s Israel Boycott Law could be the start of Realpolitik in a region better known for religious intransigence.

It may be a false dawn, but we must hope that it’s the first step towards a lasting peace.

1. Unless the map is very large Israel is difficult to spot amongst the overwhelmingly Arab/Muslim territory so if it was “aggressive and expansionist” how far could it get?

2. Removal of this small speck could only be achieved militarily, and Israel has nuclear weapons….

3. Borders can be fluid. The map of Europe has changed significantly, and often, since the demise of the Roman Empire and who knows what the 21st Century will bring when there are well over a hundred disputed borders around the world.

When Israel/Palestine – which is fundamentally a local dispute about land and borders – is put in context, many start wondering why it receives disproportionate attention.

There are two main groups that seek Israel’s removal.

The first are the Left, most of what they say about Israel is fiction, the rest is just made up. Much comes from the Corbynite (anti-imperialist, Marxist, revolutionary) worldview, influenced by Cold War Soviet propaganda and misinformation. One branch of the cult describes Israel as:

“a favoured ally and junior partner of the imperialist hegemony.”

They don’t have a problem with Russia or China!

The second are Islamists and it’s worth remembering some of the differences between Islam and Christianity, which has a lot of extremely unpleasant “baggage” as Richard Dawkins outlines:

“The God of the Old Testament is arguably the most unpleasant character in all fiction: jealous and proud of it; a petty, unjust, unforgiving control-freak; a vindictive, bloodthirsty ethnic cleanser; a misogynistic, homophobic, racist, infanticidal, genocidal, filicidal, pestilential, megalomaniacal, sadomasochistic, capriciously malevolent bully.”

Christianity, and the “West”, were transformed by the reformation, renaissance and enlightenment and modern adherents tend to be cafeteria Christians; the Ten Commandments, Jesus and the New Testament.

Islam also predates, but missed, the reformation, renaissance and enlightenment, and has equally unpleasant ”baggage”. There are Muslims who seek peace with Jews, but this is thin on the ground in the Middle East and proselytising Islamists are generally more influential than fundamentalist Christians.

Radical/fundamentalist/proselytising Islam has been important in preventing links between Arab states and Israel, great credit must be given to the UAE for circumventing this.

The effects of generational/political change cannot be underestimated. The Sudan, which has recently experienced regime change, has been suggested as likely to follow the UAE and, other than the current government being transitional, there doesn’t appear to be any fundamental objections.

If more states follow the UAE and, essentially, say that the Islamists are naked things could get interesting.

It’s getting over that “hump” and seeing the world differently. If Israel is, somehow, going to disappear then a Palestine “from the river to the sea” is a reasonable objective. Accept that Israel isn’t going away – Realpolitik – and different objectives are required.

The problem then becomes the Palestinian leadership, Corbyn’s “friends”, who seek Israel’s destruction so fund rockets, tunnels, incendiary balloons and pay to slay. They see the glass as half-empty and have consistently rejected peace deals.

Let’s postulate a Palestinian leadership that accepts Israel’s right to exist and sees the glass as half-full – Realpolitik. By not funding attacks and not tolerating freelance fanatics there is little for Israel to retaliate against. Several commentators have concluded that if Israel puts down its arms there’s genocide, if the Palestinians put theirs down there can be peace.

The next step is a Realpolitik inspired deal; only the Israelis and Palestinians have to agree, but both need to win – and lose.

Accepting that possession is nine-tenths of the law Israel keeps some – but not all – of the territory it currently has. This is its win/lose, but they also get peace. The Palestinians get more than they had, but not everything they might want. That’s their win/lose, but they get a state with lots of petrodollars heading towards it.

A lesson from Northern Ireland is to ignore the “Palestine Industry” as their fundamental objective is the destruction of Israel. They’d have to argue against a deal between others because they didn’t like it! Over time they’d wane as supporters would leave and replacements would be difficult to recruit.

In a region known for religious fanaticism it’s certain third parties will try to derail any agreement by perpetrating atrocities and it will be particularly important that Israel keeps its nerve.

If sufficient Arab states follow the UAE and they’re then prepared to reform – or replace – the Palestinian leadership it’s possible.