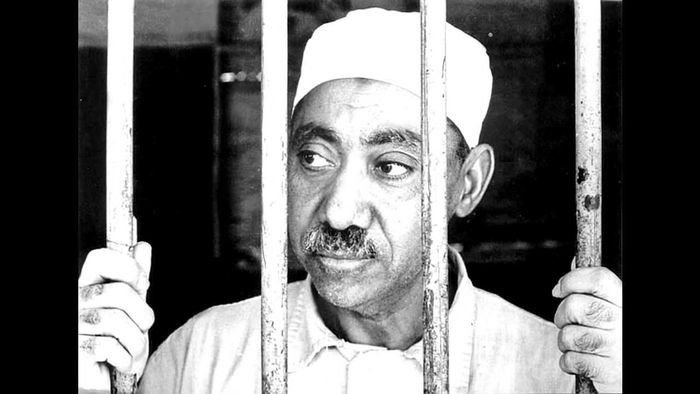 There is no denying that what Islamists desire most, above all else, is to live according to what Allah has ordained as halal (permissible) — and to abstain from what He has ruled is haram (forbidden). Right and wrong, just and unjust — only through that which is commanded by Allah can Muslims truly be Muslims, because to go against it is to directly challenge the authority of Allah, something unimaginable for many Muslims to comprehend. And so in comes the concept of hakimiyya — the Islamist tool that holds Muslims hostage to the rule of Allah; should they deviate from it, they are at risk of excommunication (takfir).

The term “hakimiyya” comes from the Arabic root word “hukm”, which means arbitration, judgment or authority — the verbal noun of hukm is hakimiyya. The nomen agentis, the authority that carries out the action (hukm) would be known as the hakim. Thus, Ibn Durayd in his Arabic dictionary Jamharat al-Lughah asserts that “the hakim is the one who exercises judicial authority; a ruler or governor … and there is none but Allah as the Highest Governor, the Ruler and the Supreme legal authority”. Therefore, the term “hakimiyya” can be translated as “the Sovereignty in which rests the highest legal and governmental authority”, and for Islamists this sovereignty belongs to Allah.

Given that the term “hukm” appears in the Qur’an no less than 250 times, and the Qur’an is seen by the majority of Muslims as the unadulterated literal word of Allah, then placing great weight on what is commanded by Allah is of serious consideration to Muslims. This is largely because hakimiyya is tied in with the concept of tawhid, the belief in the indivisibility of the one true God, Allah.

Thus, the Islamist logic goes: “If one deviates from the hakimiyya of Allah, then that is to deny His sovereignty and by extension to go against tawhid, resulting in an act of kufr (unbelief) — which takes one outside the fold of Islam.”

Prominent Islamists sought to use the concept of hakimiyya to realise their ambitious political goals. One such Islamist theorist, in many ways the ideological godfather of Islamism, is Sayyid Qutb, an Egyptian member of the Muslim Brotherhood sent to the gallows in 1966, who developed the concept of hakimiyya into a political theory that could be used by all those wishing to establish a Caliphate and rule according to what Allah had ordained.

Qutb would use verses from the Qur’an to justify his position of hakimiyya. For example, “Whoever does not judge by what Allah has revealed — such are disbelievers” [5:44]. With the use of this verse, he sets out the conditions of what a true Muslim is and isn’t. This is largely a position of compliance, rather than a position of identity. Qutb doesn’t concern himself with who is a Muslim, but rather what is a Muslim. He advances his position beyond the acceptance of this verse and into the enforcement of it.

By Qutb’s logic, Muslim rulers in Muslims lands that do not enforce the rule of Allah are not only committing an act of kufr to be corrected; they become legitimate targets to be eliminated by someone willing to do “Allah’s bidding”. Ideological heirs of Qutb’s would put this doctrine into practice in 1981, organising the conspiracy that assassinated Egyptian president Anwar al-Sadat, regarded by the Islamists as an impious tyrant. The man who pulled the trigger to kill Al-Sadat, Khaled al-Islambuli, announced at the scene, “I have killed Pharaoh”, which has a very specific Qur’anic connotation.

This message, the acceptance and forceful implementation of Qur’anic commandments, has been taken in the years since and used by more and more terrorist organisations, notably Al-Qaeda and the Islamic State (ISIS). This was the licence they needed to wage their jihad against the near and far enemy, the autocracies at home and the United States and its allies beyond that. For them, their ultimate goal of setting up a Caliphate was their priority, and it was hakimiyya that provided them with the religious mandate to directly challenge the political status quo.

It is a mistake to see hakimiyya as an exclusive belief of violent jihadists, however. We see it being employed by other Muslims that can be considered non-violent. Some consider these “non-violent” extremists to be the ones that set the mood music for violent extremism, the ones that radicalise others either directly or indirectly, even if they abstain from violence themselves. One such individual would be Anjem Choudary, the prominent Islamist hate preacher from the United Kingdom.

A former member of Al-Muhajiroun and spokesman for Islam4UK, Choudary grew in prominence as a clever and charismatic preacher. Trained in law, he knew what he could say and what he could do to stay within its bounds. Skirting the laws on incitement and promoting terrorism, he carefully crafted a rhetorical message wherein he was just “propagating the message of Allah” — a simple religious obligation, his burden as a Muslim to do dawa (proselytism) for the sake of Allah.

In an interview with Newsnight in 2010, Choudary and Maajid Nawaz went head-to-head on the issue of the shari’a (Holy Law), the Caliphate, and related issues. Choudary is asked by Jeremy Paxman, “How’s the campaign to move Britain over to shari’a law coming along?” and Choudary responds with “Well, this is in the hands of God. We do our best to propagate Islam”.

In and of itself this may seem like an innocuous statement; this is because in his answer he doesn’t talk about the shari’a, but rather Islam. He ties the two together as if both are dependent on each other. To the Muslim who is uneducated in Islamic theology, it becomes difficult to untangle and separate. This is the lure that Islamists use, they play on the intellectually vulnerable, those that are not well versed in Islamic theology, and seek to trap them into a scenario with a binary choice — “either you accept the rule of Allah (i.e. the Islamists’ ideology), or you’re a heretic”.

As the video continues, you immediately realise that what Choudary is talking about is no different to what ISIS are currently doing—and it is not a coincidence that Choudary became an ISIS loyalist after the Caliphate declaration in 2014. After being takfired, Nawaz repeatedly asks Choudary what would happen to him in a Caliphate. Choudary declines to answer for legalistic reasons, but nobody interested in the subject has any doubt what the unspoken answer is. Under the shari’a, apostasy carries the death penalty. The logic of this is simple, and impressionable Muslims are left with no way of rejecting this position.

Hakimiyya remains a powerful tool to radicalise Muslims. It is used by Salafi-jihadists, non-violent Islamists, and increasingly by everyday Muslims, as Islamist ideas spread. Most everyday Muslims who use hakimiyya probably do so without realising the potential consequences of it — nor that they are doing the bidding of jihadists and Islamists without even realising it.

Radicalisation can come in many forms and from many different people, but worryingly it can also come from those that vehemently reject terrorist organisations such as ISIS and Al-Qaeda and even the shari’a itself. The fight against terrorism and violent extremism cannot be left only the state authorities or imams in mosques; it must be a collective effort that comes from within the Muslim community itself as well. It must be seen as a civic duty to reject positions that polarise and divide people along religious lines. Without challenging concepts such as hakimiyya in our everyday lives, we continue to play the music that Salafi-jihadists and non-violent Islamist dance to.

This article was written by Wasiq and was first published On European Eye on Radicalisation.