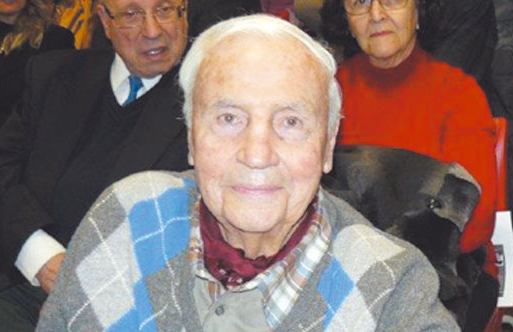 Michel Bacos, the pilot of the Air France jet that was hijacked by German and Palestinian terrorists to Entebbe Airport in Uganda in 1976, has died at the age of 95.

Among the passengers, who had been on their way to vacations, family visits, weddings and bar mitzvahs, was at least one Holocaust survivor. According to published accounts of the event, their terror escalated when their captors separated the Jews and Israelis from the rest of the group, a move that recalled the selections conducted in Nazi death camps.

“I’m responsible for all of the passengers and demand to be able to see all of them — be they Israeli or not — at any given moment,” Mr. Bacos recalled demanding. The terrorists assented, he told Ynetnews, and he “was able to go from one hall to the other without receiving permission, every time.”

When the roughly 150 non-Jewish hostages were released, Mr. Bacos and his crew were invited to go with them but declined.

“There was no way we were going to leave — we were staying with the passengers to the end,” he told Ynetnews. “This was a matter of conscience, professionalism and morality. As a former officer in the Free French Forces, I couldn’t imagine leaving behind not even a single passenger.”

The crisis ended when dozens of Israeli commandos stormed the airport by night, arriving in a motorcade disguised to look like that of Ugandan leader Idi Amin. Three hostages, seven terrorists and 20 Ugandan soldiers were killed in the operation. Another hostage, who had been taken to a Ugandan hospital, was later murdered.

Upon his return from Entebbe, Mr. Bacos said that he took two weeks of vacation and then insisted that his first flight be to Israel, to see if he was “still afraid.” He was not and continued flying until his retirement in 1982.

His honors included the Legion of Honor, his country’s highest decoration, awarded for his courage in Entebbe. It would have been “impossible for me to leave my passengers,” he once told the BBC. “Unimaginable.”