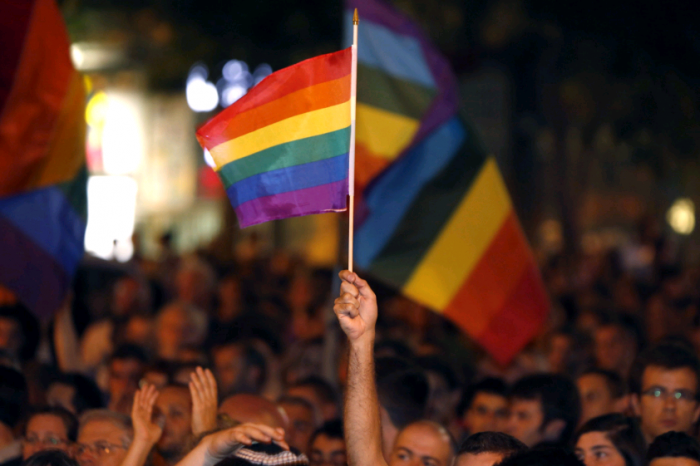 I am Jewish and I am gay and I am incredibly proud of both.

For a long time, I managed to marry these two identities well and never felt one was at odds with the other, until now that is.

As a proud Jew, I am beginning to feel unwelcome in LGBT spaces due to progressive antisemitism disguised as anti-Zionism. Zionism is the belief in a Jewish state in the land of Israel. Anti-Zionism is a modern expression of antisemitism that utilises the same antisemitic tropes that have been around for 2000 years, such as Israel (& the Jews) conspiring to control the world.

Despite being rooted in historical oppression, anti-Zionism is very much a current problem. On December 27th 2018 a coalition of Black and Brown Social Club, the Lucy Parsons Project, QUIT (Queers Undermining Israeli Terrorism) attempted to boycott – or rather encourage a boycott – of Manny’s, a restaurant owned by an LGBT Jew from Israel. Ignoring the the fact that Manny’s restaurant regularly hosted speakers and events on Social Justice, they clearly reacted against Manny’s Jewishness and decided he was unwelcome in their community.

This is not an isolated event, in 2017 the Chicago Dyke March banned Israeli symbols from their March. Similarly to the UN in 1975, they defined Zionism as:

“an inherently white-supremacist ideology . . . based on the premise that Jewish people have a God-given entitlement to the lands of historic Palestine and the surrounding areas.”

Not only do these organisations completely misunderstand the Israel/Palestine conflict (even the Israelis and the Palestinians don’t boycott each other) they are also espousing clear antisemitism. If you believe that Zionism, the fight for Jewish self-determination, is racist then you argue that Jews do not have the right to self determination but other nations do. That in fact makes you the racist, not the other way around. Although freedom of speech is important, targeting a minority for advocating their right to self determination is unacceptable.

It is also worth mentioning that while LGBT people are legally protected in Israel (and no that isn’t Pink Washing, it’s a fact.) Homosexuality is illegal in Gaza, and LGBT people in the West Bank are without any legal protection. So instead of targeting Jewish people and espousing antisemitism, LGBT people who care about Palestine should spend their time raising awareness of the plight of LGBT people who are being murdered and persecuted in the very lands they claim to care about. By actively rejecting LGBT Jews & Israelis (remember Manny is a gay Jew) these so called progressives demonstrate that they don’t care about all LGBT people at all, just those who fit into their warped worldview.

The process of removing Zionist Jews (the majority of Jews) from progressive spaces goes beyond the LGBT world, but this is one part of that process that is particularly painful for me. I have spoken publicly in support of LGBT rights, I have educated young people in schools across the world about the LGBT experience under Nazi rule. As much as I try to be a proud Jew, I always aspire to be a proud out gay man being a role model to any young people I encounter. Now though, the community, I have been so proud to be part of and that I have fought so hard for has rejected me because I am a Jew. In truth, it’s a devastating realisation.

Progressive left wing antisemitism is real and for there to be any healing that fact must be recognised. Simply put, those who identify as progressives are not immune from the disease of prejudice. It may be that there are those who genuinely believe they’re helping.  However, to actually make a difference you must first have an understanding of what you are campaigning for, and it is patently clear these people do not. My friend, Manilan Houle, is a great example of someone seeking to learn so he can be a better ally. He actively engages in conversations with a variety of people with expertise on both antisemitism and Israel and Palestine. Education is the first form of activism but to be a productive activist you must first educate yourself.

I genuinely hope that my place as a proud LGBT Jew won’t continue to be threatened and that people understand where they made mistakes and seek to build bridges and right their wrongs. I know that admitting there’s an issue of antisemitism across the progressive left is a difficult thing to do but, LGBT family, it may be hard but I know you can do it, let’s work to be the inclusive family we so deeply need.