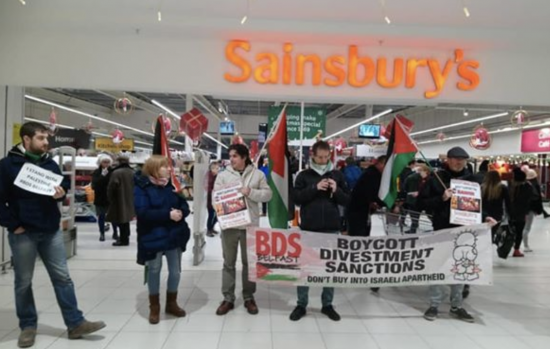 As the heir to my father’s literary estate, I have today taken the brave decision not to allow his works to be translated into Tagalog. This is in protest at the vile and populist regime of President Duterte, and is intended to send a message of solidarity to his victims, and show that the current state of affairs in the Philippines can’t continue.

I haven’t done anything of the sort, of course. For starters, the message it would send is that Filipinos are either too stupid to understand my father’s books, or so immoral as to be beyond redemption. Neither of these would do me much credit, and I would rightly expect harsh criticism from across the political spectrum.

But substitute Hebrew for Tagalog and Israel for the Philippines,) and suddenly I’d have a set of literary and artistic figures lining up to sign a letter to the Guardian not only applauding my decision, but suggesting that I should be entitled to receive an award for promoting understanding between peoples.

So what’s the difference, except of course that the Filipino government has far less respect for human rights than the Israelis? It is of course BDS, that magic ingredient that creates a proud act of virtue signalling out of what would otherwise be at best petty prejudice and at worst unlawful discrimination. Yes, if you want to refuse to answer questions from an Israeli student at the Oxford Union, to prevent Jewish students from accessing kosher food, or if you insist on quizzing Jewish but no other singers on their political views before allowing them to perform, BDS  is your friend. Ditto if you want to disrupt a Jewish film festival, throw Israelis off the editorial board of your journal, ban the Star of David from your parade, or refuse to stock books by Israeli authors in your library, just quote BDS and suddenly your otherwise bizarre and incomprehensible decision is a brave act of resistance.

And all this for what purpose?

BDS activists are deliberately vague as to their preferred endgame – a one or two state solution, but you can be sure that the consent of a majority of Israelis  doesn’t play a major part in their thinking. BDS is antisemitic in theory and practice because it engineers the rejection of anything remotely Jewish or Israeli by people who in other circumstances would be calling for fair treatment of minorities. And all for reasons that are nebulous and intended to achieve goals (if there are any) that are both unspecified and largely unobtainable.

Another feature of BDS is that it often condemns both an action and its opposite.  If the Israeli government were to restrict gay rights, it would be homophobic – if it extends them, it is pinkwashing.  If the local Israeli embassy pays the airfare for a director to come to discuss what is more than likely a pro-Palestinian film, then the festival is accepting blood money and should be boycotted. But if the Embassy didn’t make the payment, it would be accused of running a North Korean type hasbara propaganda machine, supporting only films supporting the government’s line. UK films are universally supported by the government through generous tax credits, of course, but you don’t see screaming mobs outside showings of Hugh Grant films, despite some of our questionable actions in Iraq and Afghanistan, and our complex relationship with the Saudis.

The government is right to propose an anti-BDS bill (and let us not kid ourselves that any council would apply a boycott to Malaysia, despite its open discrimination against its Chinese population, or the Iranians for persecuting almost everyone, dare we even bother mentioning the prospect of a boycott of China, currently operating concentration camps?), because those who are at the sharp end will otherwise have an impossible job. Can you allow council premises to be used for an Israeli/Palestinian dialogue group (normalization), or host a singer who has recently performed in Israel? Could a university host a Jewish Society that serves Israeli kiddush wine, or allow a speaker who has been in the Israel Defence Force? Could a library order Amos Oz books or host a church group organising a trip to Jerusalem and Bethlehem? Could the mayor welcome a group of disabled IDF veterans?  No-one really knows the answers, but the hope of BDS activists is that people will take the safest route by simply not asking, so achieving the movement’s goals by default.

Given that your average declared anti-Zionist would struggle to find the West Bank on a map,  the chance of a council worker or university administrator being able to make a reasoned decision on BDS is close to negligible. And the legal and administrative costs of getting it wrong will be borne by the benighted taxpayers and ratepayers, very few of whom have the slightest interest in the Middle East conflict. Meanwhile, a generation of otherwise engaged Jews would grow up fearful that their local authority considers them to be second-class citizens, and their Israeli relatives to be uniquely  and irredeemably evil.

BDS activists can of course try to boycott Israel, Zionists, or anything they like when doing their shopping, but should leave their personal prejudices at the door when it comes to local or national government.