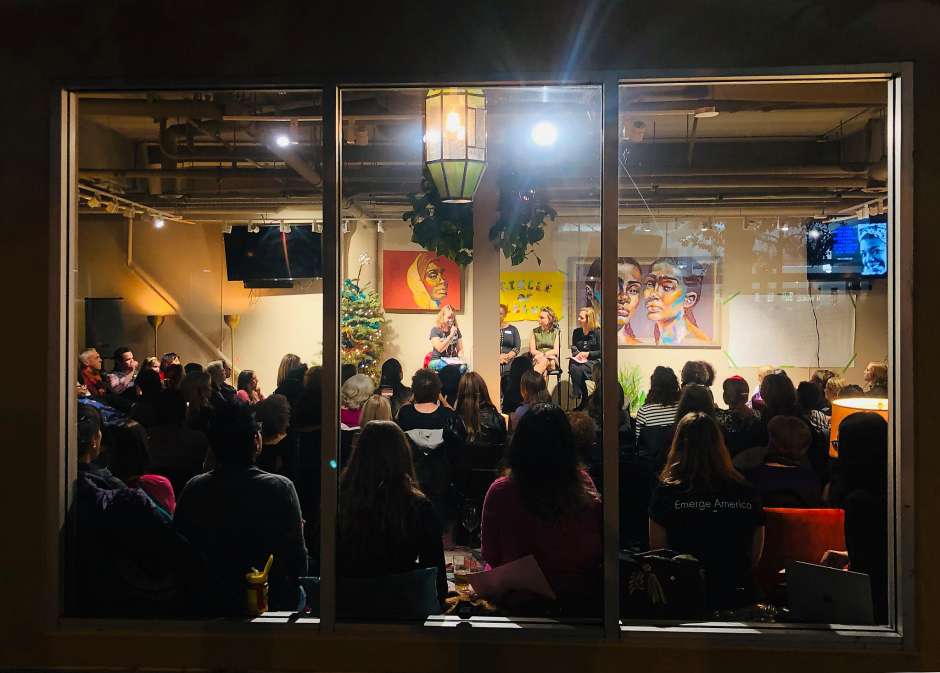 Manny Yekutiel recently opened up a cafe and public space in the Mission District of San Francisco. In an Op-Ed for the San Francisco Chronical, Manny detailed the shop’s purpose.

The kitchen is staffed with formerly homeless individuals and run by the nonprofit Farming Hope. We’ve already given free or low-cost space to more than 25 nonprofits such as Mission Graduates, Indivisible, Citizen’s Climate Lobby and the Instituto Familiar de la Raza, who need to spend their money on programs, not expensive rental fees. Our coffee is $1.75 and you can have a healthy square meal for $6.

We’ve had elected officials and advocates in the space, artists and poets and change-makers coming in to teach and to learn. The space is fulfilling a real need.

Sounds like the kind of place that would fit well within the political and social milieu of San Francisco. What’s the problem? Manny is a proud Jew and that brought scorn from corners of BDS movement. While Manny’s has been the site for Democrats, Black Lives Matter and various liberal activists to gather, it also brought protesters who accused Yekutiel of being a “Zionist gentrifer.” From Aiden Pink at Forward:

“Zionists out of the Mission!” one marcher yelled on Wednesday, Dec. 26, as about 20 members of the Lucy Parsons Project and allied groups gathered outside Manny’s.

The Lucy Parsons Project claims that Yekutiel is furthering gentrification in their neighborhood and criticized him for posting things like “Happy 70th Birthday Israel!” and “I am so proud of Israel and its people” on his personal Facebook page. They also wrote that he is “pinkwashing and blackfacing his gentrification and Zionism” by bringing in minority and LGBT guest speakers. (Yekutiel is also gay.)

He grew up in Los Angeles, the son of an American Ashkenazi Jewish mother and an immigrant father whose family fled persecution from Afghanistan to Israel. “I’m proud of their story and proud to be Jewish in America,” he said. At Manny’s, there’s a mezuzah on the door.