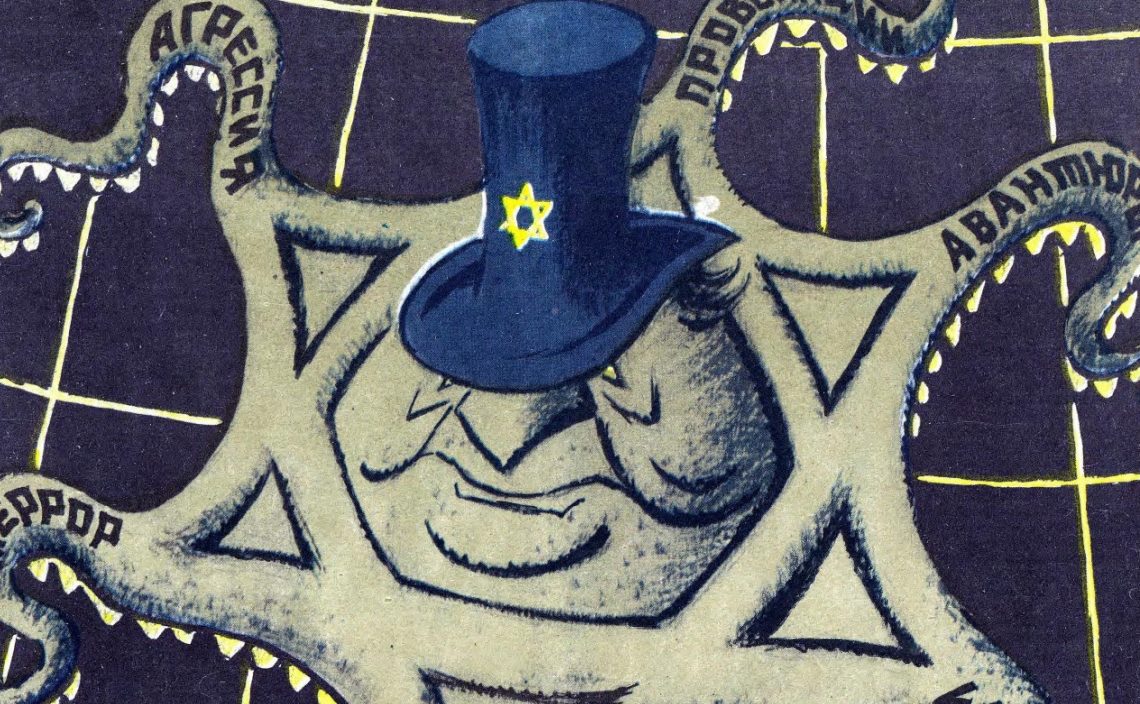 For many decades, virulently antisemitic forms of ‘anti-Zionism’ were central to the cold war propaganda of the Communist states. In this powerful essay Izabella Tabarovsky not only lays bare the entire shameful story of Soviet Judeophobia but shows us that, to quote William Faulkner, ‘the past is not dead, it is not even past’.

In 1985, the KGB-supervised Anti-Zionist Committee of the Soviet Public, known by its Russian acronym as AKSO, issued a brochure, Criminal Alliance of Zionism and Nazism.[i] The brochure reported on a press conference that the Committee had held some months earlier. The site for the press conference, the press center of the Soviet Ministry of Foreign Affairs, indicated the official blessing of the messages AKSO had to deliver. The brochure was translated into English and distributed abroad by Novosti Press Agency, a news service and an important arm of Soviet foreign propaganda.

A propagandistic document reporting on a propagandistic event, the brochure painted a harrowing picture of Zionism. Senior members of the AKSO, most of whom were prominent Soviet Jews (an intentional choice on the part of the KGB, meant to deflect accusations of antisemitism) claimed that they had irrefutable proof of Zionist co-operation with the Nazis. They described Zionists as facilitators of Nazi expansionism, accused them of falsely inflating the significance of antisemitism and Jewish victimhood in World War II, and claimed that the 1930s agreement that permitted the transfer of 60,000 German Jews to Palestine had made it ‘easier for the Nazis to unleash World War II.’ They claimed that Zionists had colluded ‘in the genocide against the “Slavs, Jews and some other peoples of Europe”.’ Speakers concluded by rejecting, in advance, any attempts by ‘pro-Zionist press’ to represent the committee’s assertions as antisemitic; disassociated Zionists from Jews; and promised that Zionism would never succeed in repudiating the ‘historical reality’ of cooperation between the Zionists and the Nazis.