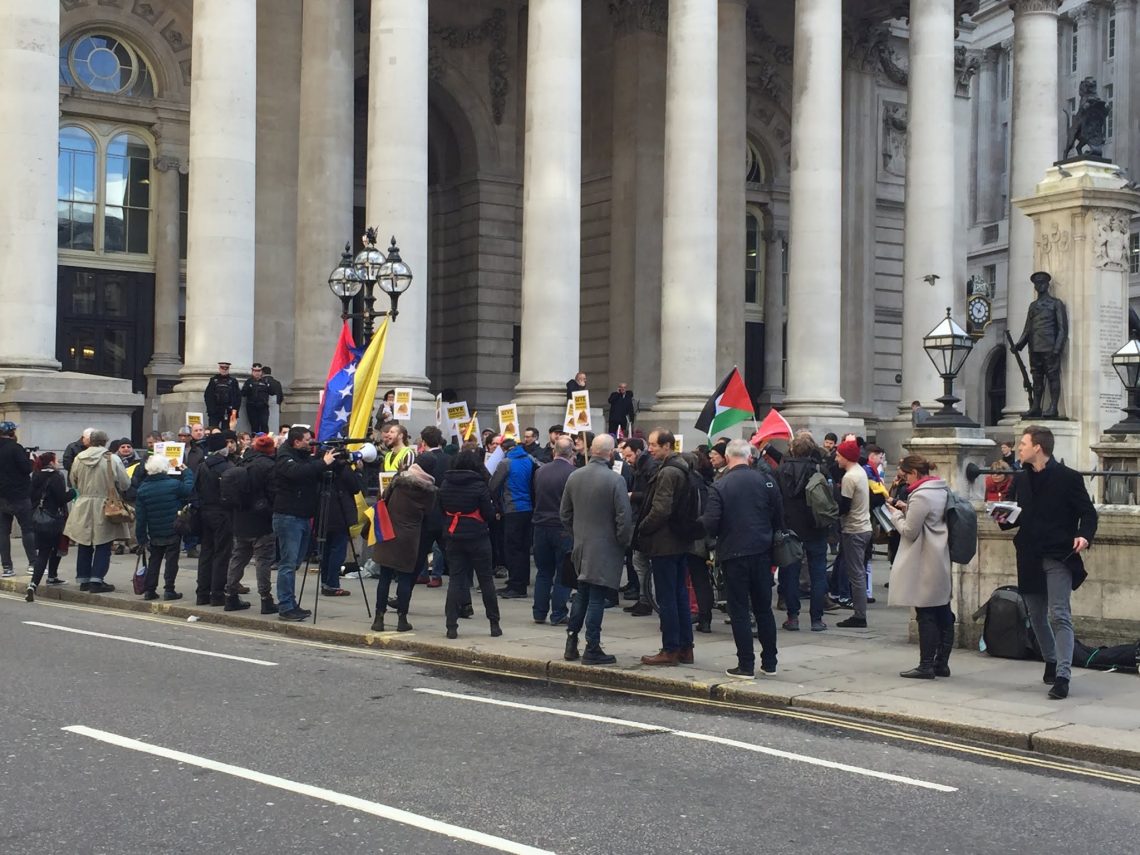 The stinking cesspit that passes for contemporary left wing politics has an outlet valve through which the rancid slurry of its antisemitic propaganda leaks into the mainstream. This dripping fetid faucet is called The Canary.

This week’s diarrhetic squirt of toxic bilge is a false narrative so bold in its distortion that it could fairly be called a lie and a blood libel. They ‘reported’:

Guaidó is far from the fresh-faced, heroic character presented to you by outlets like BBC News or the Guardian.. On 27 January, Israeli PM Benjamin Netanyahu officially recognised Guaidó as Venezuelan interim president. Israel became one of many colonial powers, including the US and the UK, to support the West’s latest imperialist project. On 3 February, Guaidó’s supporters displayed and cheered Israeli flags during an opposition rally. 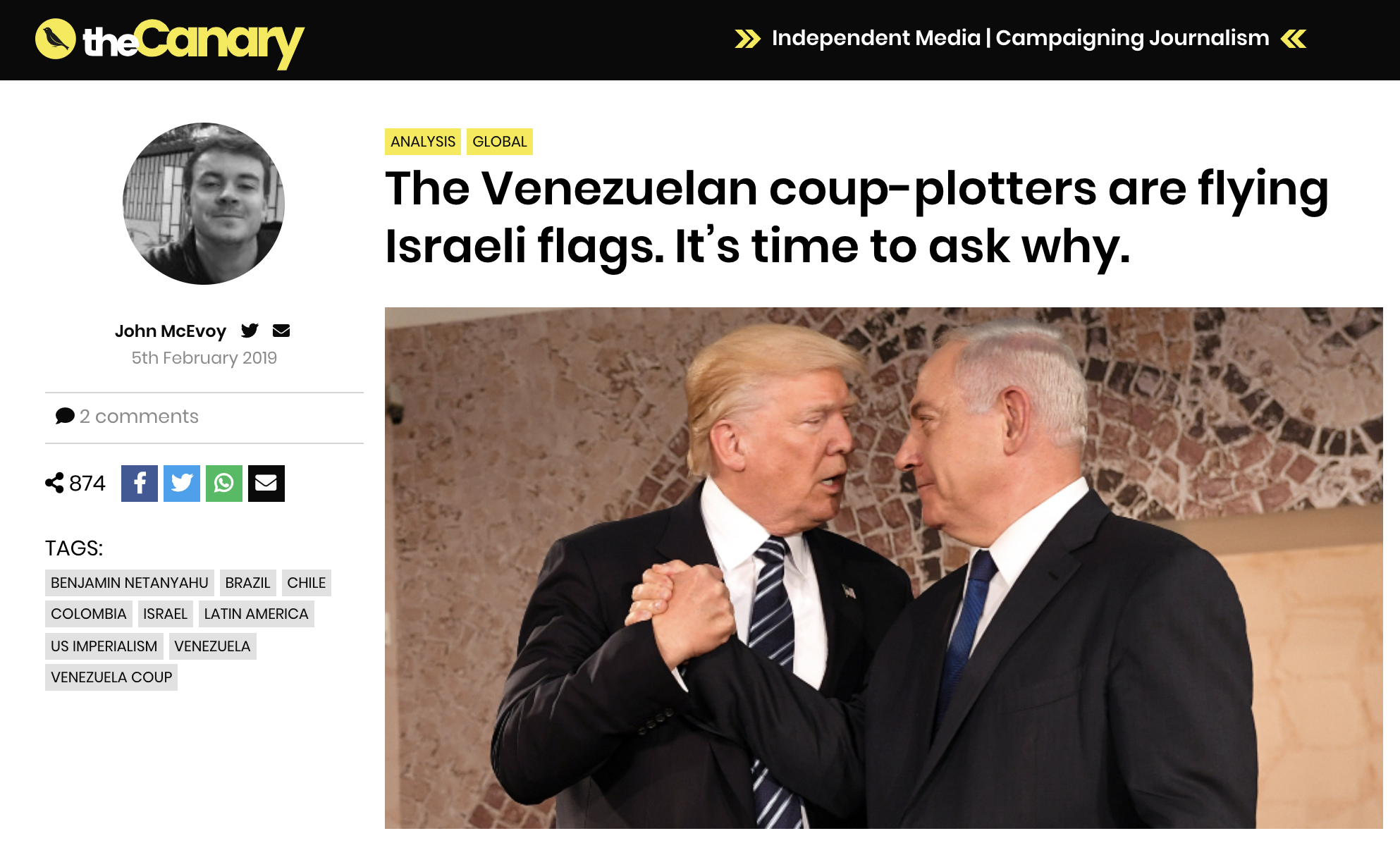 The truth, as many commentators have pointed out, is that the flags of all countries who recognised the interim-government of Juan Guaidó – almost two-dozen so far, including most of Europe, The US, Canada, and several other South American countries. So why make it about Israel?

Perhaps it was just a bit of leftie conspiracy nutter click-bait, you might be thinking. But how does that explain the presence of Palestinian flags at today’s protest outside the Bank of England, where a mob of Jeremy Corbyn’s sweaty peons laboured at the emotional work of screeching “No War On Venezuela!” and demanded the Exchequer unfreeze the assets of the falling regime. Maduro desperately needs the money for tank tracks, teargas and rubber bullets.  Perhaps his police haven’t shot enough limbs off protesting students yet – as documented by Amnesty International, that well-known alt-right pro-Imperialist shill organisation (as it undoubtedly will soon be dismissed).

But back to the Palestinian flag waving outside the Bank of England. What crazed mind thinks taking a Palestinian flag to a protest involving a social revolution in South America Is relevant and appropriate? I’ll tell you why:

So there you have it.

Isn’t it interesting that while The Canary has had to make up a story about Israel’s flag flying at anti-Maduro event, there actually is a Palestinian flag at pro-Maduro event. The former fact is easily explained, the latter defies logic unless it it twisted and distorted through a far-left media lens.