BREAKING: In the same week Luciana Berger has spoken out on antisemitism, members in her CLP have proposed a motion of no confidence in her, saying “our MP is continually using the media to criticise the man we all want to be prime minister”. pic.twitter.com/VeDr7NIwRJ

Note there’s a man with the same name as the proposer of one of the motions who posts on Facebook about Corbyn, the Labour Party and Liverpool Wavertree. He’s a real charmer: 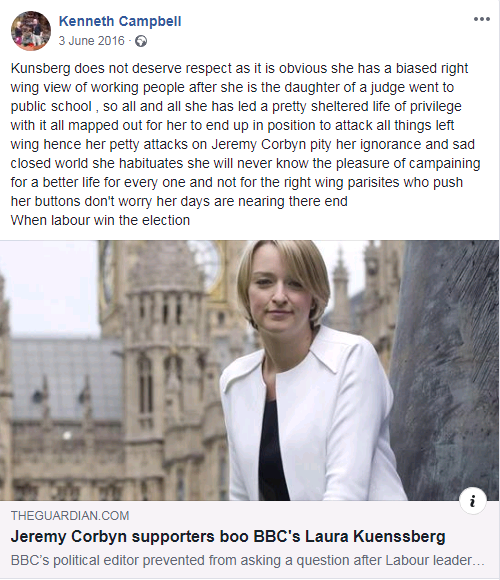 Note what he shares about Margaret Hodge: 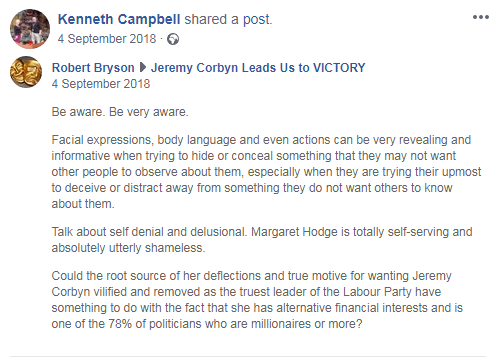 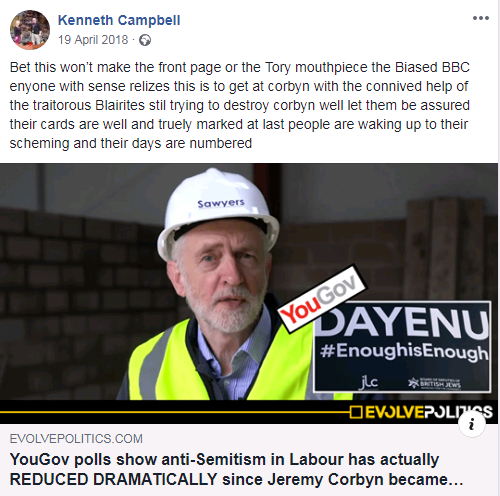 He’s been wanting “Zionist” Luciana deselected for a while now… 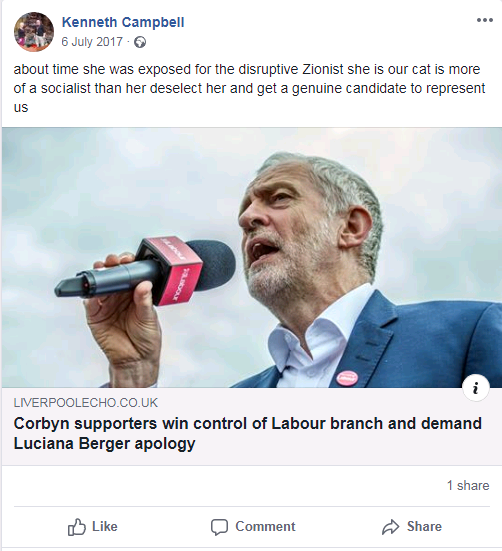 And naturally conspiracy theories about Israel are always somewhere to be found: 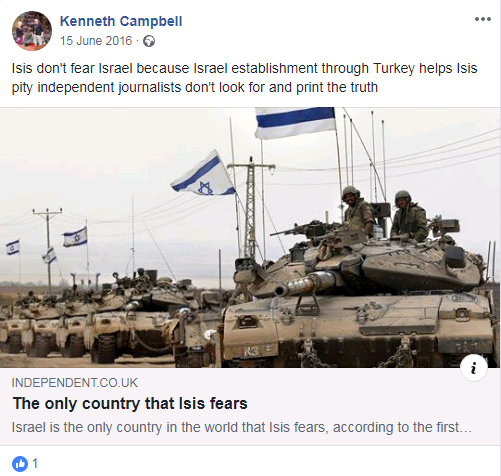 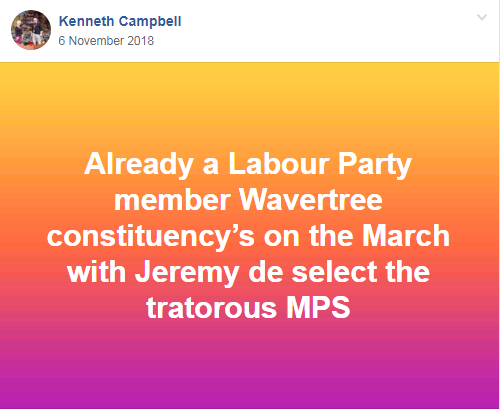