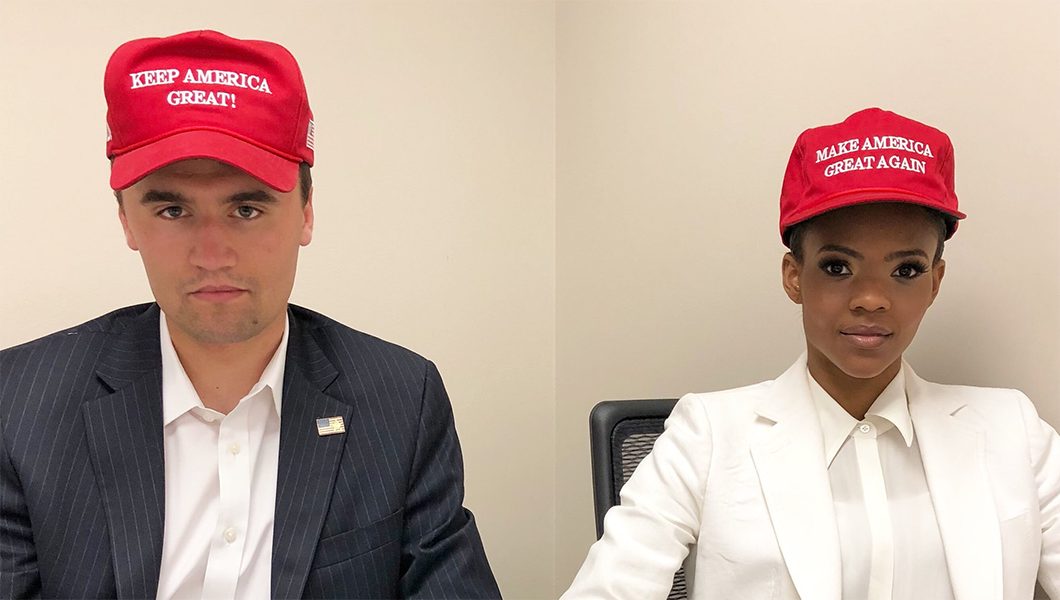 To the extent that the far Left and Corbyn need to be challenged on American and British campuses– and they do need to be– these are not the people to do it.

Asked by a member of the audience about nationalism in Western politics, [Candace] Owens brought up Adolf Hitler. “I actually don’t have any problems at all with the word ‘nationalism’,” Owens said. “I think that the definition gets poisoned by elitists that actually want globalism. Globalism is what I don’t want. … Whenever we say nationalism, the first thing people think about, at least in America, is Hitler.”

“He was a national socialist,” she continued. “But if Hitler just wanted to make Germany great and have things run well, OK, fine. The problem is that he wanted, he had dreams outside of Germany. He wanted to globalise. He wanted everybody to be German, everybody to be speaking German…”