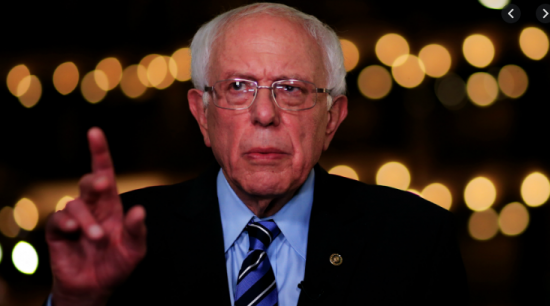 In his recent Guardian op-ed, US presidential candidate Bernie Sanders (“Fighting antisemitism is at the heart of the left’s struggle against oppression”, Nov. 12) aptly defines antisemitism thusly:

“it is important to understand that that is what antisemitism is: a conspiracy theory that a secretly powerful minority exercises control over society”.

Whilst Sanders, whose father left Poland at age 17 due to antisemitism, and who lost family in the Holocaust, clearly has a personal connection to the subject, he also seems to have a big blind spot, as he appears convinced that those who peddle Jewish conspiracy theories come entirely from the political right.

Like other forms of bigotry – racism, sexism, homophobia – antisemitism is used by the right to divide people from one another and prevent us from fighting together for a shared future of equality, peace, prosperity and environmental justice.

Conversely, he sees the left (progressiveness) as, by definition, in opposition to antisemitism.

Opposing antisemitism is a core value of progressivism. So it’s very troubling to me that we are also seeing accusations of antisemitism used as a cynical political weapon against progressives.

This is a cross-post by Adam Levick from UK Media Watch. Do read the rest of the post here.