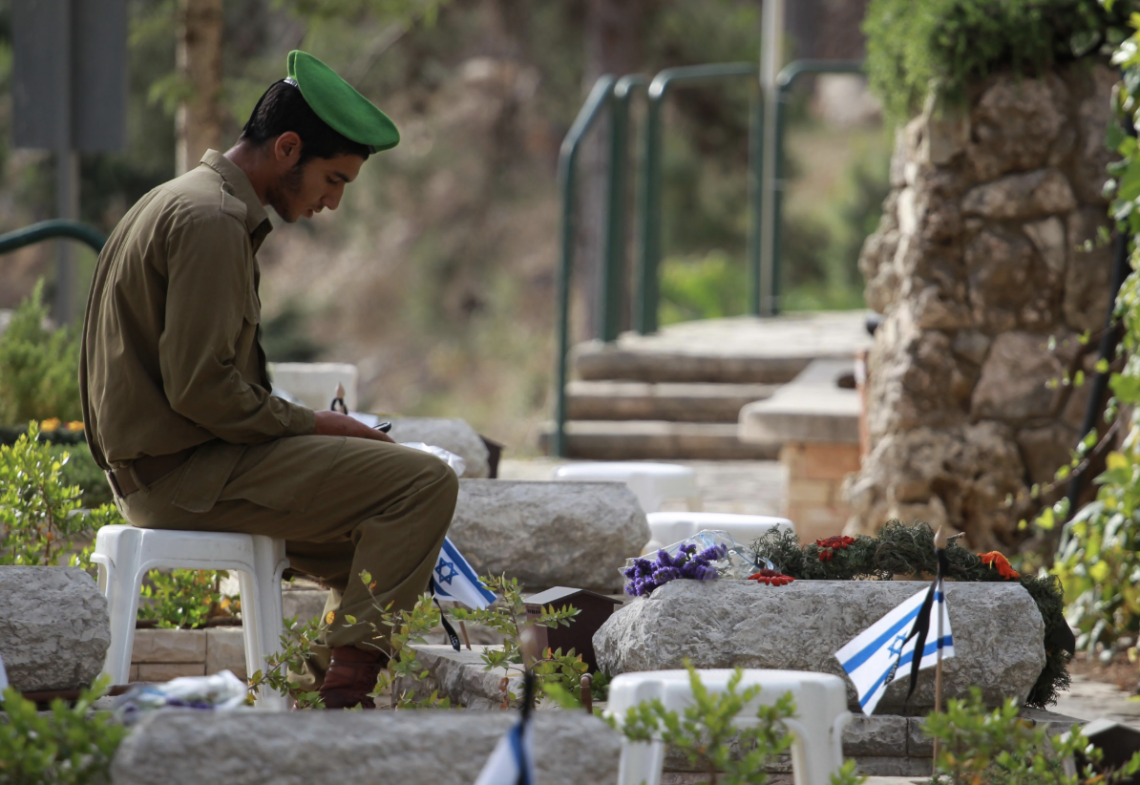 I was asked by a dear friend to speak at a ceremony being held in a Jewish community centre to mark Yom HaZikaron or Israeli memorial day. We remember 23,741 fallen soldiers and 3,150 terror victims. These are the words I spoke:

I served in a unit of the IDF Paratroopers from August 2002-August 2004. It was the Second Intifada and we spent most of our time running around the city of Nablus grabbing terrorists. In our Headquarters in Netanya there is a briefing room, there are several photos in that room of some young looking men and one young woman. They are those who fell while in the service of our unit. During my service one extra photo, of a man called Asaf Fuchs, was hung on the wall. He was about 21 when he was mortally wounded during an ambush. The man who killed him in turn was shot seconds later.

As a member of the unit I travelled North to Fuchs’ kibbutz for his funeral, I watched his father recite Kaddish and his mother attend to the guests. Not all of the guests, just us, those who wore the uniform and the insignia of their son’s unit. She knew that we all had mother’s who may also feel one day what she felt then and knew that while her son was gone we would be going out night after night taking the same risks Fuchs did, risking the same fate.

The events of the last few days in Israel have given me cause to think about Fuchs, to think about the fact that in Israel everyone who serves in a combat unit knows what it is to experience serious combat, everyone has their story, their near death experience and someone close to them who didn’t make it through. In that respect being from the UK was easier for me, I only had to worry about myself and only knew the guys I served with. But as rockets were launched at Israel in their hundreds and so many people were forced into the bomb shelters I was reminded of a simple truth, some things are more important than we are.

Fuchs and fallen sons of Israel like him, stepped into the breech to defend the only country the Jewish people have. Their sacrifice has ensured our dignity and though individuals can die, their deaths ensure that our country will never fall. The missiles fired at Israel are fired by people who would destroy all of Israel and the Jews living in it, but because of those brave enough to wear the uniform they will never succeed.

Today we salute our fallen, tomorrow we will celebrate what they fell defending.