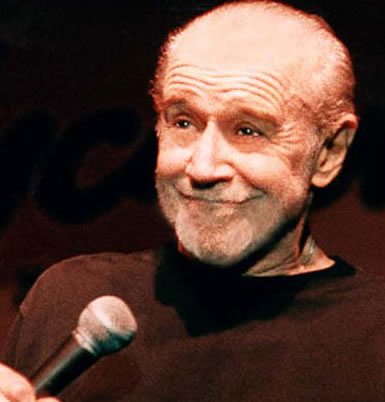 From Paul Farhi’s tribute to the comedian George Carlin, who died Sunday at age 71:

As much as Orwell, Carlin saw in language the power not just to obscure, but also to twist and pervert. He noted the evolution of military terminology — from “shell shock” to “battle fatigue” to “post-traumatic stress disorder” — with its ever more monstrous obfuscations. He once riffed, “I can remember when I was young that poor people lived in slums. Not anymore. These days, the economically disadvantaged occupy substandard housing in the inner cities. It’s so much nicer for them.”