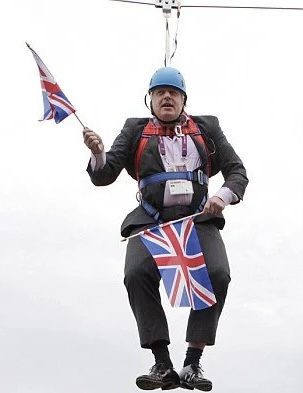 The mythical Icarus ignored the warnings, flew too high and the sun melted his wings. It’s a useful metaphor for those who believe their own hype.

Swinson was portrayed as a putative PM, but lost her seat.

Napoleon wanted lucky generals but it isn’t easy to define. Consider a driver approaching traffic lights which change from green to amber. There are two options, put your foot down or hit the brakes. In the first case you’ll get through just before, or just after, the lights go red.

Tossing a coin 1000 times will result in about 500 heads and 500 tails, but that could include half a dozen, or more, straight heads or tails. It’s not unusual to talk about “the luck of the devil” or expect someone’s luck to “run out” but when every situation is unique and divorced from what’s gone before that’s fallacious.

Only two PM’s since the War can be considered to have gone at a time of their choosing, with their reputations intact: Churchill and Wilson. Both were lucky, Suez destroyed Eden while industrial unrest and the winter of discontent finished Callaghan. Without Iraq and brownites at his heels Blair might qualify, avoiding the financial crisis fits the pattern.

In retrospect not succeeding Cameron – remember him? – was good for Johnson as May’s failure to deliver a middle-of-the-road Brexit just showed that was where you were hit from both directions. By 2019 the Conservatives were desperate for a winner, step forward Johnson. He removed the europhiles and prorogued parliament before the LDs and SNP gave him an election. Despite dodging Andrew Neil and hiding in a fridge, for many it was ABC – Anyone But Corbyn – and with Farage standing down many Brexit Party candidates he delivered a historic result.

With a big majority and money to spend there were going to be plenty of photo opportunities in orange jackets and hard hats, until Covid. This was an “event” and Johnson wouldn’t have been many’s choice to deal with it. The differing approaches will be argued over but it looks like England will finish somewhere in the middle, suggesting more things were right than wrong.

He’d served an “apprenticeship” as London’s Mayor, winning a Labour city twice, but how did he actually do? London is a world city with a population comparable to Scotland and Wales combined but, compared to the PM, the Mayor gets little national media coverage/scrutiny. We know that Crossrail was on budget, he cut crime, boosted cycling and…

Hancockgate might provide an insight. Hancock was caught on CCTV and admitted his guilt, but Johnson stated the matter was closed. No politician wants to be driven by the media but that’s City Hall thinking. Local government spaffs vast amounts but is rarely held to account. When Johnson can’t answer he waffles and blusters, in City Hall the opposition can huff and puff – but achieve nothing. When you’re PM anything controversial dominates the media.

That mentality, that bad publicity doesn’t matter – until it matters! – explains much. Corbyn spent decades in a hard left echo chamber, in Spring 2018 his instinct was to back Russia over Salisbury and Syria. Johnson spent eight years in City Hall, which doesn’t translate to Downing Street. Corbyn couldn’t shake off his past, can Johnson?

After the 2015 election Cruddas concluded:

“Socially conservative working class voters who value family, work, fairness, and national security are the most likely to have deserted the party.” – emphasis mine.

There is hypocrisy, but a “gathering” with people holding glasses containing alcohol looks like…..a party, and partying when people are dying and the Queen mourns alone tastes of Marmite not Heineken.

Labour last went into government with Blair. The Conservatives had lost credibility after the ERM exit, there was open warfare over Europe, and sleaze.

There are divisions over things like lockdowns and economic policy, but nothing like the 90s. Paterson has gone, Hancock is a backbencher and Cummings is throwing rocks – at Johnson – from the outside.

Some are after Johnson, although it’s uncertain whether they want him replaced or a Labour government. Of course, if you don’t want to be beaten don’t give the opposition sticks.

Johnson changed the Conservatives. Purging the europhiles settled that question and no-one’s “banging on about Europe”! He’s accused of racism, but his government is the most diverse ever. This isn’t driven by the left’s toxic identity politics but by recognising that success comes from having the largest possible pond to fish in. 2019 also resulted in over a hundred new Conservative MPs. Renewal, a decade into government, puts them in a good place.

Blair inherited a party that had lost four elections, been out of government for fifteen years and would take almost any medicine.

Labour have gained about half the support the Conservatives have lost since the election, Starmer has made progress but there is still Long Corbyn, too much Hampstead and not enough Hartlepool.

Football managers know that winning a cup last season is irrelevant when you’re bottom of the league and facing relegation.

Johnson has made good calls, but some very bad ones. He can get things right in the future but will the Marmite taste go? His statements to parliament have been inconsistent and although the Sue Gray report is due, has the Court of Public Opinion decided and are there more revelations?

His fate is now in the hands of his backbenchers.

Bleak Election Day in the UK