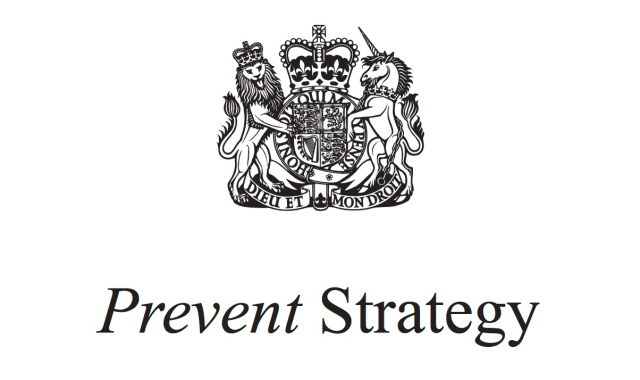 For many years there seems to have been a perception that Muslims in the U.K. were one big community tied by the bonds of faith, cultures, languages and a shared sense of community – coexisting peacefully within multicultural Britain. Within this description, it is also presumed and probably rightly so that Muslims also shared one voice, a voice united against hatred, prejudice and discrimination. But, although Muslims may share one voice on many issues, they certainly do not appear to do so on the “controversial” government program Prevent.

In a recent report from the criminal justice think tank Crest Advisory – findings suggest that Prevent may not be seen as the toxic policy some will have you believe. Jon Clements, Crest Advisory director and author of the report explains:

“Our findings appear to fly in the face of a number of narratives commonly applied to British Muslims by some politicians, campaign groups and commentators about extremism and efforts to counter it,”

The report funded by a charitable trust with an interest in policing and crime also found 56% of Muslims appeared to not be aware of Prevent, but the remainder (44%) that did know about it – is more than the general population which is currently at 32%. This seems to suggest that although Prevent has been running for many years, it may not have received the attention it deserves.

When offered a “neutral explanation” of Prevent, 80% of Muslims responded by offering broad support for it, compared to 85% of the wider public. In addition to this, on the matter of where the risk of terrorism was the highest, e.g. within Muslim communities – 74% of Muslims maintained their support for Prevent with 38% having “some concerns”. Furthermore, 66% of Muslims, 3% more than the general public, would refer someone they knew at risk of being radicalised to Prevent.

The findings from the report suggest that, despite what seems to be a targeted campaign to scrap Prevent by some politicians, campaign groups and commentators, the public nonetheless generally support it and the majority of Muslims do so too. However positive these findings appear to be, criticisms of Crest Advisory and the Prevent program remain as strong as ever.

This is perhaps expected, as Cage does not appear to have ever supported the policy. One of the concerns raised by the Research Director of Cage Dr Asim Qureshi, is the impact false referrals have had on those referred to Prevent.

“Another significant aspect of this, is that there has never been a long-term impact assessment of the thousands of false-referrals that have taken place. The violence of this interaction has never been truly assessed – making its consequences almost unknowable.”

“those who have been falsely referred have consistently spoken of the trauma of having been subjected to that process, it is not really on those who did not know what Prevent is, and were not presented with the consequences to make a claim as to its importance or efficacy.”

These are of course valid concerns and ones that require further investigation, but given that “The violence of this interaction has never been truly assessed – making its consequences almost unknowable.” is perhaps not enough in and of itself to call for the scrapping of Prevent. For example, Cage in their report Schedule 7: Harassment at Borders – lists all the reasons why it should be scrapped, but offers no alternative. It seems, their concerns are only for those that are falsely targeted by the policy and the impact it has, rather than if it could potentially prevent someone from carrying out a terrorist activity.

But is calling for the scrapping of Prevent the answer? If it is to reduce false referrals then perhaps, but if it is because it is “Islamophobic” [SIC] then I would be hesitant to agree. With over a third of referrals consisting of far-right extremism, the claim that Prevent disproportionately targets Muslims appears to be tenuous.

As I have explained before and an argument I do not wish to repeat here, there are many that wish to undermine government initiatives because there is a perception that they deliberately target Muslims. If that is the case, then it is an expensive endeavour and one which seems to position the government as prejudiced against Muslims. This, of course would be absurd –  especially given that 76% of British Muslims think Britain is a good place to be a Muslim. But if the 56% of Muslims that do not know what Prevent is, are presented a narrative that it is “Islamophobic” [SIC] because Cage says so, then it leaves these groups of Muslims with a negative impression of Prevent without ever having interacted with it.

“However questions need to be asked about the divisive role played by those politically or ideologically motivated organisations and Muslim leaders who have repeatedly presented a dogmatic and monolithic view about British Muslims and their attitudes. Some have even promoted the dangerous narrative that counter-extremism is ‘structural Islamophobia.”

Rather than scrapping a government initiative, we should be seeking to strengthen it. We cannot, fall into the Cage that Dr Qureshi et al will have us in, which is calling for the scrapping of an initiative without a tried, tested and publicly backed policy to put in its place. No such initiative exists and this leaves a gap in dealing with those at risk of radicalisation and violent extremism.

Muslims are not a homogeneous community and nor are their views. We live in a plural society that celebrates diversity and this includes diversity of opinions, but it seems some wish to homogenise that too. Narratives can easily be shaped by nefarious characters, therefore it is important to have reports such as this one from Crest Advisory that is evidenced based and tackles those narratives. But as proponents and opponents of Prevent battle to win hearts and minds, hate and violent extremism will continue to exist and this is really where our efforts should be.