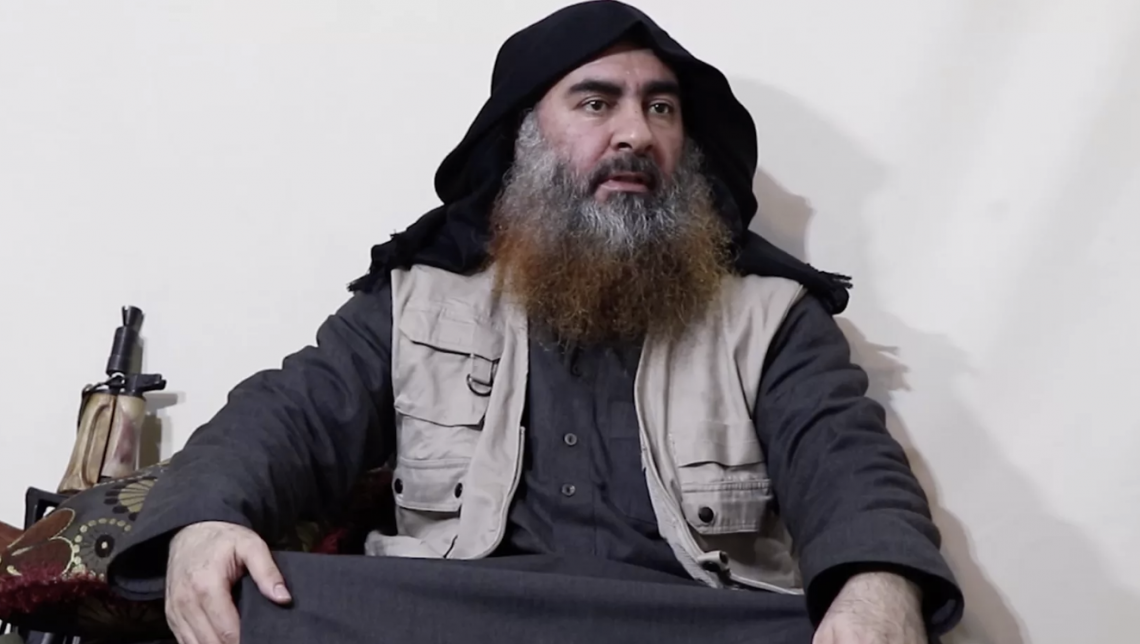 “No longer are kafir, Jews, Shia or western liberal democracy the only enemy, but now Muslims are too. Everyone is fair game and the concept of takfir has made this possible.” writes Wasiq a counter-terrorism expert.

On October 27th 2019 the words “Abu Bakr al-Baghdadi is dead” were uttered by US President Donald Trump, as the world began to digest the news that the leader of ISIS was killed in Operation Kayla Mueller. The US had been searching for Baghdadi for many years with Trump considering it to be “the top national security priority” of his administration. US counter-terrorism policy has always placed significant weight on killing leaders of terrorist organisations, so it was perhaps inevitable that Baghdadi would eventually either be captured or killed.

This leadership decapitation, with the help of other nations such as Russia, Turkey, Syria, and Iraq would mark the first steps in the inevitable demise of the barbaric terrorist organisation ISIS. However, with ISIS losing ground in Iraq and Syria and many of its dedicated fighters abandoning them, are we really any safer? This is against the backdrop that our own citizens, around 5000 Europeans that travelled to join them – are now wanting to come back?

The risk some of these returnees pose, is their deep rooted religious belief of the establishment of a global caliphate administered under sharia law. They will seek to do this if it is the last thing they do and they will do it with impunity. No longer are kafir, Jews, Shia or western liberal democracy the only enemy, but now Muslims are too. Everyone is fair game and the concept of takfir has made this possible.

Takfir is the concept whereby a Muslim takes it upon himself to declare another Muslim an apostate or unbeliever (kafir). In the cannon of classical Islamic theology, for takfir to be applicable, a Muslim would need to either declare their disbelief in Allah and the Prophet Muhammed as the last messenger, or carry out an act which takes them out of the fold of Islam. Such acts could be, but are not limited to, associating partners with Allah, considering sins to be halal (permissible) and even blaspheming. Takfir essentially leaves it to an individual to decide if someone is Muslim or not, a powerful tool used by Salafi Jihadists to ensure the faith remains pure from corruption and any kind of deviation.

Although takfir can be traced back to the first 3 generations after the Prophet Muhammed, it wasn’t until a 12th century scholar, Ibn Taymiyyah, took it and instrumentalised it as a tool that would fit into the violent jihadi ideology to use against Muslims. This marked a dramatic shift of what an enemy of Islam was, as Muslims could now be considered legitimate targets.

Al-Qaeda (AQ) led by Osama bin Laden and Al-Qaeda in Iraq (AQI) led by Abu Musab Zarqawi sought to use the concept of takfir in the pursuit against the near enemy, which were mainly Shia and other sects. But not only did they apply takfir to these two groups, they also extended it to Muslim rulers that did not rule according to the Sharia or were supportive of the far enemy. Such enemies included Western governments and in particular America –  that worked against the ummah. However their use of takfir was conservative and they would caution using it liberally. The logic behind this was, that if they made a mistake in its application, then it was something they would have to answer to Allah on the Day of Judgement. But this mattered little, as ISIS began gaining ground in the Levant and eventually took control – setting out what would be one of the bloodiest conflicts we have seen in the Middle East.

ISIS led by Abu Bakr al-Baghdadi had now gained control of large swathes of the Levant. They took control of areas, infrastructures and the economy. They sought to do what no other Jihadist organisation have successfully done before, establish a caliphate. As part of their pursuit and unlike AQ and AQI, they used takfir more liberally. They considered it a right, in fact a divine right to use it and purify Islam of the apostates and hypocrites that have plagued it for so long. Their use of it was so liberal, that even AQ and AQI considered ISIS too extreme for them.

The lure of ISIS, the utopian idea that the future success of the Muslim ummah can only be achieved if we emulate the past – led over 5000 Europeans to leave everything behind to join the so called caliphate. Part of the lure was power, the power to declare who is and who isn’t a Muslim. For example, we saw how ISIS established the Morality Police (Hisba) whereby groups of women, covered from head to toe, went around monitoring women and girls – ensuring they were dressed and acted according to the sharia. Should anyone fall short of these standards, then they would be punished by receiving lashes, or any other punishment they saw fit.

Losing that power is not easy, not if you are heavily invested in an idea and are willing to kill or die for it. So when many of these returnees are seeking to come back to their countries of origin, they are also bringing back this mindset. It may have developed before they left to join ISIS, but it would certainly seem to have strengthened when being part of this barbaric terrorist organisation. This isn’t a case of a change in attitudes, but a deep resentment for anyone against their version of Islam, that could lead to deadly consequences.

Whilst we may have deradicalisation programs across Europe, we know little of their value given that by and large, they do not seem to be working. Take Usman Khan, the London Bridge terrorist attacker as an example. He never went to join ISIS, he wasn’t in their stronghold, carrying out deadly attacks, training or even having a real life sense of camaraderie. His socialisation into a Jihadi terrorist was from afar, his network was almost only limited to his time in Pakistan and in the U.K. with others that joined him. If deradicalisation programmes could not change him, what hope do we have for those that were actually in the so called caliphate? They’ve lived and breathed what many would-be jihadis long to desire. They have the war stories they need to radicalise others or stay committed to the cause. They have brought the mind of a real life jihadi and the desire of a caliphate back with them and that idea is not so easily eradicated.

There needs to be a unifying effort, not just from governments worldwide but also communities of all cultures and faiths. What ISIS hates the most, what their global caliphate is predicated against, is a world of coexistence. A place where Muslims, Christians, Jews and everyone else are not defined by what separates them, but rather everything that unifies them. ISIS view the world as black and white, as Muslim and kafir, halal and haram – but this view, a view based on a narrow literal and warped interpretation of Islam has as much mileage as we allow it to have. Military action is one component to defeating ISIS, but so is defeating the takfiri ideology that drives them.

If Muslims are no longer safe from Salafi Jihadis, then who is?