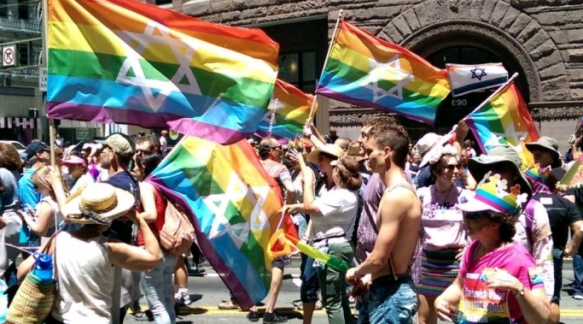 IfNotNow’s support for barring the Jewish Pride flag from the Dyke March was another example of its failure to distinguish anti-Zionism from antisemitism. The left’s overall inability to make this distinction, and challenge antisemitism in its ranks, has been a key source of the progressive movement’s weakness. To overcome it, we need clearer boundaries and a new agenda for the Jewish left, argues Daniel Kalick.

INTRODUCTION: LEFT ANTISEMITISM AND THE CHALLENGE OF UNITING JEWS AND THE LEFT

The biggest challenge big-tent movements face is where to draw the line on inclusivity. Achieving a universal mission requires uniting as many people as possible, which means it’s often necessary to tolerate a number of annoying cranks.

But tolerance has its limits. And progressives must be willing to absorb painful accusations of hypocrisy or worse from political opponents, including seeming allies, whose harmful words and deeds must be opposed from time to time — lest the big tent burn down.

This is far from a simple matter. It’s not always clear who or what will do damage to a popular movement. And establishing boundaries entails political risks of the highest order. Draw the line too narrowly, and you alienate your friends. Draw it too widely, and you court enemies whose intolerance could destroy tolerance altogether, as philosopher Karl Popper noted.

Establishing boundaries is more difficult still when it comes to a complex issue like the relationship between anti-Zionism and antisemitism. Social theorist Moishe Postone has argued that antisemitism sets a particularly dangerous trap for progressives, due to its seeming anti-hegemonic nature. The appearance of ‘punching up’ to powerful Jews, in the words of writer John-Paul Pagano, muddies the distinction between an anti-Zionism that entails far-reaching criticism of Israel, on the one hand, and an anti-Zionism that’s simply antisemitism by another name, on the other. Needless to say, the difficulty of telling the difference has posed big challenges for Jews and the left.

Do read the rest of the article over at Fathom journal