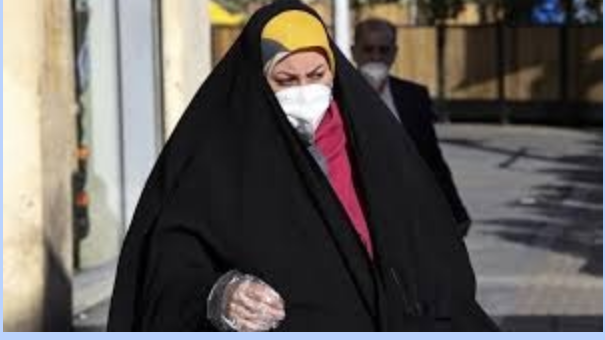 Readers of HP may have caught up with the news in Iran as the Corvid 19 virus ravages the country. Official numbers put the death toll at 77 but many other reports suggest much a higher number of deaths, with BBC Persian numbers going over 200 and some diaspora tallies going even higher.

There are prominent members of the regime who have succumbed to the virus. A close advisor to Ayatollah Khamenei has died and a number of ministerial level officials are ill as well as 23 MPs. The Ayatollah himself is brushing off the infection as insignificant and thinks it can be prayed away.

The regime was likely aware of the virus infections in early February but hid the news so as to not dampen already low participation in the parliamentary elections. After celebrating the 40th anniversary of the 1979 Revolution, the regime has been been struggling and has been caught flatfooted. It literally shot itself in the foot in its retaliation to the Suleimani assassination and it is dealing with domestic disaffection and unrest as well as an ailing economy. Will the virus deal the death blow?

Robert  Kaplan’s  recent op-ed in the Wall Street Journal discusses the stunted promise of the country. Given its human talent, Iran could have been another South Korea. It had a much bigger economy than the Asian tiger in 1977.

“In 1977 Iran’s economy was 26% larger than Turkey’s, 65% larger than South Korea’s, and almost 5.5 times the size of Vietnam’s—all countries with somewhat larger populations. In 2017 on the eve of the Trump administration’s sanctions, Turkey’s economy was nearly 2.5 times the size of Iran’s, South Korea’s more than seven times, and Vietnam’s had gone from less than 20% to 70%, according to Nadereh Chamlou, a former World Bank official.”

As to what may happen in the event of a  power vacuum in Iran, only Allah knows. There is opposition – the urban young are especially sick of living in a theocracy. But the Farsi opposition, for all that they are against the regime, are also believers in Farsi superiority and may not want to initiate a break up of the country. The various ethnic minority opposition groups have their own agenda.  At best, a charismatic leader emerges and unites the different factions. At worst, another Syria emerges and millions may be arriving at the doorstep of Europe.