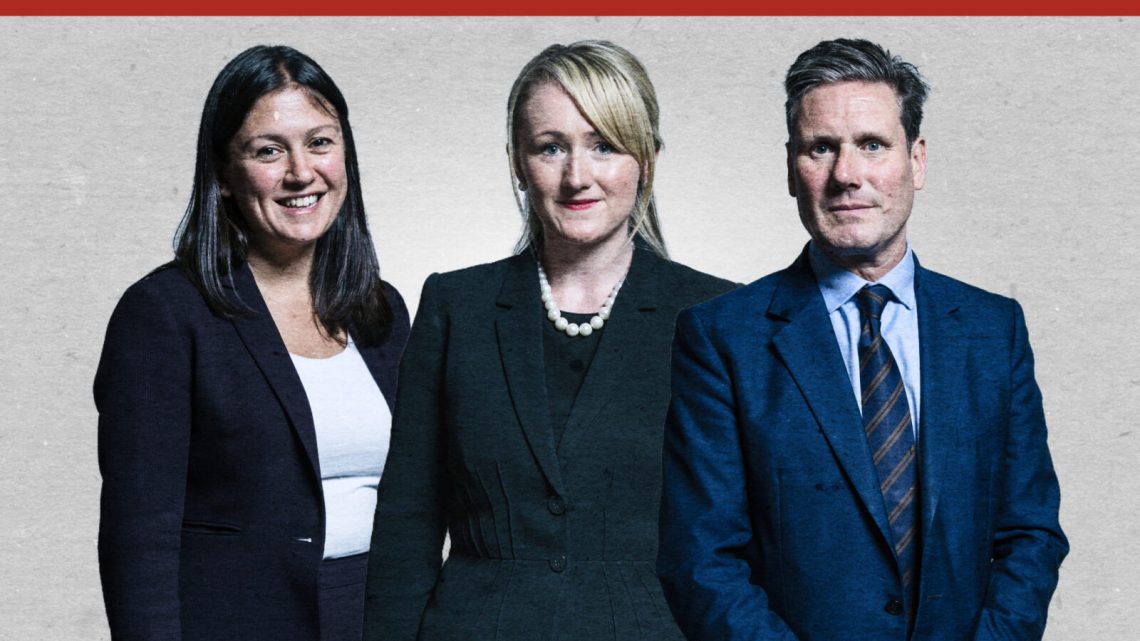 In the last sixty years only two leaders have taken Labour into government.

Wilson and Blair were “new” and “different”, particularly when compared to Macmillan/Douglas-Home and Major.

Corbyn was “new” and “different” to those too young to remember when his brand of economic incontinence was previously in vogue and his appeal diminished with age.

If nominations are a guide Starmer should win, although second preferences may be important.

Nandy won over the Jewish Labour Movement only to endorse pledges that seek to destroy Israel issued by the antisemitic and holocaust denying cesspit of the Palestine Solidarity Campaign.

Time with Long-Bailey would probably make for a “good” game of leftie buzzword bingo and Starmer isn’t much better. He’s the most “Prime Ministerial” – a middle aged white male – oops! – but law is serious and technical.

None are “new” or “different”, they’re all rather bland, long-faced, glass half empty types. Long-Bailey talks about a green new deal and Starmer about federalism and increasing taxes. Where’s the white heat of the technological revolution” or even “education, education, education”? He and Long-Bailey could be addressing a legal conference……Nandy is, by far, the least technocratic.

Although the Conservatives have ruled for a decade Johnson, unlike Major in 1992, has rejuvenated them with a large majority and over 100 new MPs – Labour only have a couple of dozen. He may be blond, but he’s not dumb and he’s a winner. At the moment “new” and “different” applies to Johnson and the Conservatives.

Lord Ashcroft’s Diagnosis of Defeat found that the most-chosen words and phrases used by former supporters to describe Labour were:

whereas the Conservatives generated:

“optimistic,” “hope,” “mean what they say,” “patriotic,” “opportunity” and “reasonable”.

Go back to, say, 1997 and it’s easy to contemplate an almost complete reversal.

Antisemitism made it onto the doorsteps and detoxification is essential, a new leader won’t be sufficient.

It’s often overlooked that May increased the Conservative vote in 2017 by over 5%, and that the two main parties increased their combined share by 15%.

The minor parties were squeezed and about 2/3 went to Labour, few Conservatives switched to Labour and the Conservative vote has increased at every election between 2001 (31.7%) and 2019 (43.6%).

There’s a lot of ideology and anecdote around, the latter often supporting the former, Corbyn’s successor needs to accept that 2017 was an outlier.

“Labour is becoming an exclusive cultural brand. It is now largely a party of progressive, social liberals who value abstract, universalist principles such as equality, sustainability and social justice. It is losing connection with the majority of voters who are either pragmatists in their voting habits or who hold socially conservative values of family, work, security, and fairness.”

Two defeats later and, to coin a phrase, nothing has changed!

Labour must understand the electorate, not just their supporters, but also those whose votes they need.

There is plenty of data, such as Lord Ashcroft’s, although Uncle Len isn’t interested.

“With the greatest of respect to Lord Ashcroft I don’t need him to tell me how ordinary working people are thinking” @LenMcCluskey insists Brexit lost Labour the election – not Jeremy Corbyn’s policies. #Peston pic.twitter.com/TBg1JOpqVp

Knowing the direction of travel is important, although trends aren’t laws. Corbynistas expected the electorate to come to them, those that didn’t were ignorant and/or racist. In reality, you’ve got to move towards the electorate or/and move them towards you.

“On a series of crucial issues such as welfare, public services, immigration and business, Labour in both 2010 and 2015 had marched away from the views of the country.”

Again, nothing has changed!

Labour have to win North London and Oop North, Hampstead and Hartlepool and the seats needed for a majority are overwhelmingly Conservative. Votes from minor parties or enthusing non-voters aren’t enough, they need voters to switch directly from the Conservatives as each is the equivalent of two from other sources.

Data from the British Election Study is arriving and Surridge notes:

[Labour] are already winning, even in 2019, a large majority of the votes of the liberal-left. This is not an election winning position on its own, this group is around fifteen percent of the electorate, and while it is growing is not growing fast enough to win in 2024, or indeed 2029 without also increasing support among other value groups.“

Not significantly different from Cruddas’ conclusions.

The length of the contest almost seems designed to hinder any “period of reflection” as the candidates are having to define policy platforms, Starmer has already chained himself to the hard-left, when no one knows what the country will be like in 2024.

The new leader needs to stop making excuses and looking for scapegoats and start looking in the mirror, but with a membership in denial this seems unlikely.