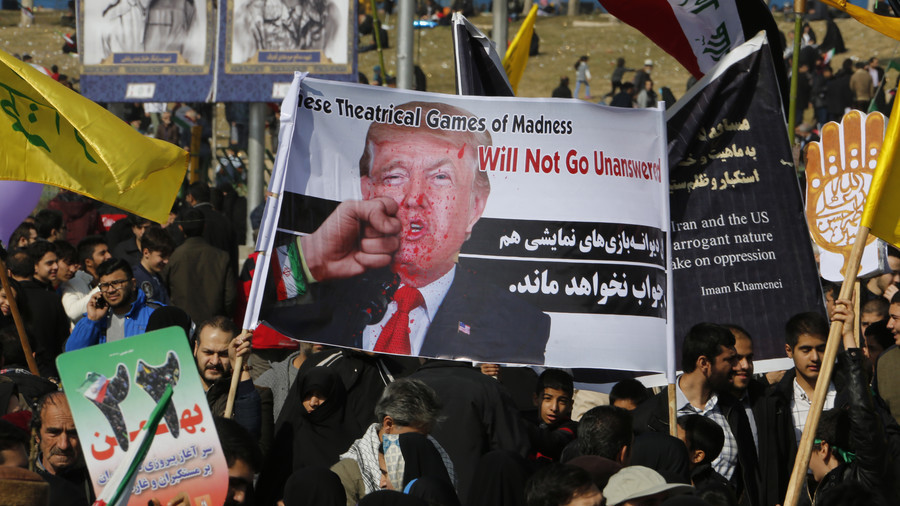 There is perhaps nothing more important to unscrupulous extremist leaders in Muslim majority countries other than to attack the far enemy. For them, the West, and in particular America, is the epicenter of all evil. If resisting advances from these evil lands means refusing advice and assistance against Covid-19, then so be it.

For these regimes, the lives of their own citizens are only measured by how much they can be used against the West. If that is achieved by sacrificing so many of them for their extremist anti-western agenda, then it is a price worth paying. As ever, the victims under these theocratic regimes are the innocent people and these ‘leaders’, will capitalize on any opportunity to use them to ‘strike a blow’ against the West.

Iran is a case in point. With it’s unsurprisingly sluggish and poorly managed response to the Covid-19 outbreak – which has left thousands of its own people to die – the Iranian regime – instead of seeking assistance, took this as an opportunity to blame America for its misfortune. In other words, this was another string in their bow to absolve themselves of any blame.

To make matters worse, the Iranian regime appears to have now indulged in conspiracy theories – believing that America developed an alternative version of the Covid-19 virus, specifically to target Iranians. An attempt, I have no doubt, to coerce its citizens through anti-western propaganda that they are being punished by the West. Of course, many of the Iranian citizens will not believe this or possibly care, as their first priority will be the safety and security of their loved ones, apparently something the Iranian regime cannot bring itself to do.

But the anti-western propaganda doesn’t stop there, no. The Iranian regime is now pushing out the message that unless sanctions are lifted, more of their people will die. This psychological ploy is an attempt to trap ordinary Iranian citizens to believe that the Iranian regime is held hostage by the West, and therefore cannot act in their best interests. Once again, the Iranian regime seeks to shift the blame onto the West, whilst also doing all they can to remain in power at the expense of their own citizens.

For all his faults and there are more than I can count, President Trump isn’t buying it and he is right not to. On April 2nd 2020, in his press briefing; Iran’s Sanctions Relief Scam, he set out why the Iranian regime shouldn’t be trusted. For example, the regime isn’t interested in the health of its people, it is instead more interested in raising funds for terrorism and has – since 2012 – spent over $16 billion to fund terror proxies abroad. This is against the backdrop of major cuts to the healthcare budget, in which the Minister of Health and Medical Education Hassan Ghazizadeh Hashemi resigned in protest. Furthermore, U.S. sanctions are not preventing aid from getting to Iran, so the claim from Iranian President Hassan Rouhani, that these sanctions are “hampering our efforts to fight against the coronavirus” appears to be tenuous at best.

But it matters little, because there will be some in the West that will lap up this message hook line and sinker. For example, Mehdi Hasan, senior columnist at The Intercept in his piece titled “The Coronavirus Is Killing Iranians. So Are Trump’s Brutal Sanctions” appears to be one of them. Whilst acknowledging that;

“A lot of the responsibility for the death and suffering in Iran has to lie with the Iranian government, which has been grotesquely incompetent and deeply dishonest”

– nonetheless goes into a tirade against American sanctions – by claiming it has “made things much worse”.

Be that as it may, but Hasan’s focus should be on the Iranian regime, not U.S. sanctions. By diverting away from the root cause, Hasan shifts the debate away from what the Iranian regime is not doing (effective response to Covid-19) , and instead directs us to what the U.S. are doing (e.g. sanctions). In other words, if it wasn’t for the sanctions, more lives would be saved. But surely by the very same logic, more lives would have been saved had the Iranian regime not been “grotesquely incompetent and deeply dishonest”? This kind of whataboutery is perhaps expected from Hasan?

In an interview with author for Aero Magazine, Damion Daniels. I posed the question of what he thought about Hasan and his seemingly obvious anti-west position.

“Mehdi Hasan takes the so-called “Chomsky Rule” of prioritising criticism of one’s own government due to some debatable sense of complicity in it’s wrongdoings, and runs with it to lengths that sprint across the line into outright anti-western apologia.

Whether it be blaming blasphemous cartoonists for provoking their own murders, holding Britain largely culpable for Islamist terror attacks against it, or frivilously and irresponsibly accusing secular liberal personalities of instigating the killing-sprees of anti-Muslim terrorists, it seems Hasan is unable or unwilling to deliver anything more than glancing blows against the ideologies and perpetrators actually responsible without cynically diverting the blame in directions he finds more politically and religiously comfortable.

This is hardly the behaviour one might expect of the fearless speaker of truth to power that Hasan is invariably celebrated as.”

Daniels clearly doesn’t mince his words and his criticisms – though harsh – appear to be fair.

Regimes such as Iran’s appear to care little for their own citizens, if they did, then they would – at all times – act in their best interests. Of course, this certainly does not seem to be the case here. Even prominent commentators such as Mehdi Hasan concede this. But it is certainly not helpful when commentators in the West appear to be in somewhat agreement with the Iranian regime. This, for me, not only shifts the blame away from the main culprit but also adds to anti-western sentiment when none is deserved.

If America and the West are so evil, that the Iranian regime refuses its help, then the problem is with Iran, not America. Those refusing to believe this will have allowed themselves to fall hook line and sinker to the Iranian regime’s propaganda – something Mehdi Hasan appears to have done also. The Iranian people deserve a government that cares about its interests, not one that uses them to promote its own anti-western interests.