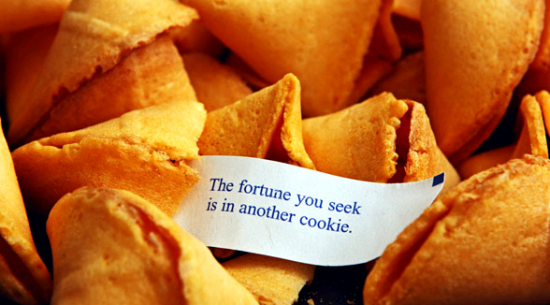 Continuing to look back and forwards, after the Liberal Democrats comes Labour.

Those who predate satnavs may remember the tale about being lost in the countryside, stopping to ask directions and being told that they shouldn’t start from there.

Corbyn is mediocre – to paraphrase Churchill, “A mediocre little man, and with much to be mediocre about” – with a vile worldview who hit the buffers on the 12th December.

Some have attempted to “spin” the result and look anywhere but in the mirror to apportion blame, an infallible indication of ideologues from an echo chamber, and Corbyn even claimed to have “won the argument”.

The next election will probably be in 2024, but the future is the undiscovered country as governments control the levers of power and use them to do popular things and deal with issues the opposition might use against them. Establishing a policy platform is difficult but assumptions affect and influence us all. Consider some extremely broad principles:

An atlanticist or anti-imperialist worldview? The former is the West, NATO, the US, the “special relationship”, the latter leads to cesspits like Stop the War, the Palestine Solidarity Campaign and BDS.

It’s said that the British Labour movement owes more to Methodism than Marxism, are market economics accepted, or not? “Not”, almost inevitably, leads to the endorsement of basket case dictatorships and the vilification of success.

Finally, parliamentary or revolutionary? The latter leads to support for, and endorsement of, terrorists and political violence.

Both sides of the political spectrum have “streetfighting” elements but the boundary “protecting” the parliamentary left is permeable. It’s difficult to imagine a Conservative MP participating in a BNP, EDL, etc event or writing for their publications, but there are fewer restrictions on the left.

Corbyn is an anti-imperialist, Marxist, revolutionary so it’s not surprising he became toxic and a pregnant, Jewish MP was driven out after needing police protection at the party conference.

Change to an atlanticist, Methodist, parliamentarian, essentially every Labour PM since WW2, and almost everything negative disappears.

Corbynsceptics can curse May who had a golden opportunity to put Corbyn out of their misery in 2017, but it’s unwise to rely on others.

I’ve previously noted how the lessons from that election influenced 2019, but it’s worth posing a few hypothetical questions. What would have happened had the campaign been shorter with a better Conservative social care policy and no mention of fox hunting? May could have secured a reasonable majority and finished Project Corbyn.

2017 silenced some of Corbyn’s internal critics and gave the hard left time to consolidate. Much of Labour is now Corbynite although attempts to refashion the parliamentary party had mixed results with some Corbynsceptic MPs reselected.

Organisations are shaped by people and since 2015 Labour has been increasingly dominated by those who tick most, if not all, of the same boxes as Corbyn.

“I began to research antisemitism within anti-Israel activism. In 2015 I noticed a lot of those people I was following started talking about Jeremy Corbyn and urged their friends to join the Labour Party — which many did.“

“The return of political factionalism. The idea that you could be portrayed as the enemy within. People questioning your motives. Social media pile-ons. Condemnation from powerful trade union general secretaries on broadcast media. Internal bickering.”

There is more and it’s not difficult to correlate this with an influx of, essentially, revolutionary types. When you’re considering who, come the revolution, is going to be first up against the wall it’s clear that “kinder, gentler, politics” are just words – people don’t matter.

There are potential comparisons with the 1980s, but the scale is greater and Kinnock (senior) had most, if not all, of the party apparatus on his side. Even so members of Militant were being expelled after Thatcher had gone.

Most of those positioning themselves to succeed Corbyn have avoided outright criticism as they need Corbynite votes, but they must also know that some of those need removing.

The Equalities and Human Rights Commission (EHRC) will report in 2020, and some expect it to be damning.

Assuming it’s negative Corbyn’s successor will have to deal with it and set the tone for their leadership. There may have to be improved procedures and expulsions, and history suggests that virtually all will be contested. It’s likely to be a long, hard, inward-looking slog, but decisiveness can play well with the public – Johnson’s ratings improved when some europhile MPs lost the whip.

A (possibly) positive aspect is that as antisemitism is often linked to various tenets of hard left ideology and worldview, clearing out antisemites could move Labour towards an atlanticist, Methodist, parliamentary position.

In October 2019 it was reported that Labour ”made a loss of £655,000 last year, compared to a profit of £1.45m the year before” and there is also the possibility of expensive lawsuits after the EHRC reports.

Local government isn’t that healthy. Although still the second largest party the number of Labour councillors reduced from 6884 in 2015 to 6334 in 2019.

Notwithstanding that Labour could have more members than the other parties combined and secured over 10 million votes in the election.

The aftermath of a poor election result, a culture of denial, a government with a (possibly) two-term majority, a difficult financial situation, a forthcoming EHRC report and the need to get rid of undesirables; the incoming leader of any political party wouldn’t want to start from there!

No Half Measures in Fighting Left Wing Antisemitism