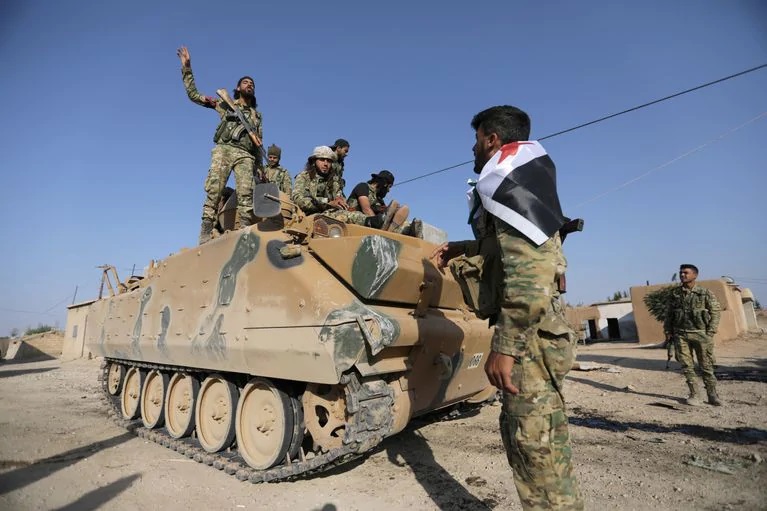 To get an idea of how desperate the Syrian Kurds were– how much they feared imminent mass slaughter— when they struck a deal with the Assad regime after Trump’s betrayal, consider what Harry’s Place contributor DaveM wrote back in 2009, before the revolt against Assad began, when George Galloway’s Viva Palestina convoy was scheduled to pass through Syria. Dave was offering them a travel guide.

In the upper northeast of Syria lies the Kurdish town of Qamishle. Syria’s 1.7 million Kurds reside mainly in the northeast.

Kurds? After all Syria is officially named the Syrian Arab Republic.

So how does Syria treat this minority?

Roughly 300,000 of them are denied citizenship thus denying them the right to education, employment, property ownership, and even marriage.

Nor are they allowed to speak, write or print their own language and their culture cannot be expressed openly.

Odd, isn’t it? Mind you, as everybody knows the Zionist Entity is much much worse. Palestinians have no access to education, cannot work, purchase property or get married. It even bans Palestinians outright from speaking, reading and writing Arabic.

Oh wait. I may be wrong here….

Stateless Kurds who try to leave the country for work risk torture and imprisonment.

To be honest, it reminds me of a two-tier political system in which one group in a country is denied the rights which another enjoys.

Though I seem to have forgotten its name. Ap… App… Ah! Apartheid! That’s it!

Also it’s worth noting that the Syrian government removed Kurds from along the country’s northern and northeastern borders, and replaced them with Arab settlers.

Oh dear. This is a bit awkward isn’t it? Apartheid? Settlers?

In other words, no matter what happens in northeastern Syria, the Kurds are likely to be (once again) the victims.