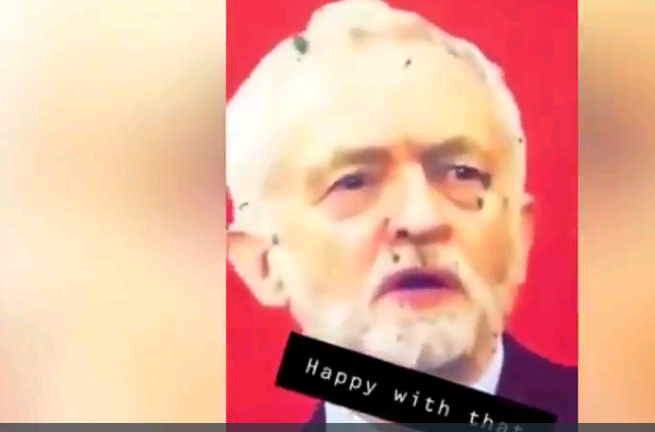 Five soldiers from the Parachute Regiment used Jeremy Corbyn’s image for target practice at a shooting range in Kabul where they are currently on deployment.

Using the image of a British politician for target practise is unacceptable and the Ministry of Defence has said as much and announced a full investigation has been launched. Momentum think this is all the “right wing” media’s fault: 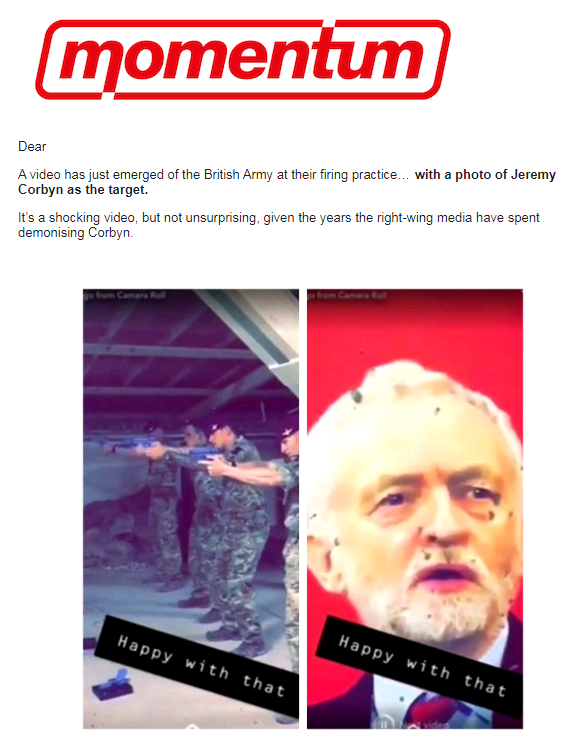 Asa Winstanley takes the same view, the man Corbyn gave an interview to and has shared several panels with tweeted:

The “Labour antisemitism crisis” hoax has played a major part in the demonisation of Jeremy Corbyn, which has now cumulated in soldiers using his image for target practice.

These lies have real effects.

When it comes to the real world ‘effects’ of lies Winstanley might want to ask himself whether the porky pies he’s been telling about Jews have been having real world impact on the rising levels of Jew hatred evident in the UK.

Furthermore if this is the case then surely the argument that British troops are colonial invaders stealing oil has served to make British soldiers overseas more of a threat. These Paras are serving in Afghanistan, if lies can kill one imagines they’re more deadly over there.