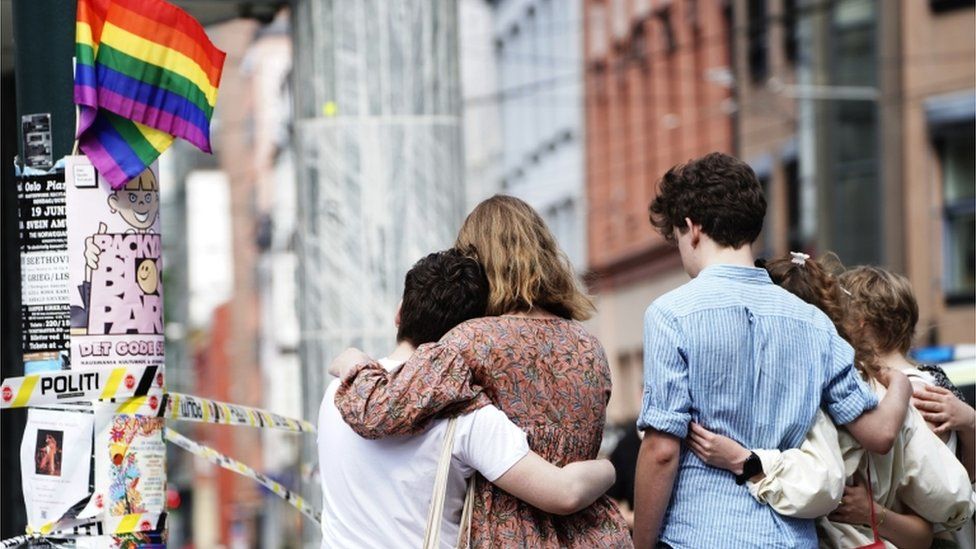 Police have confirmed that the shooting outside the London Pub in Oslo, Norway, where two people were killed and 21 injured, was an act of extreme Islamist terrorism. This should come as no surprise. Extremist Islamists have a well-established track record of causing terror against homosexuals. Therefore, unless the ideology of Islamist homophobia is tackled, we can expect homosexuals to continue to be targets.

A 42-year-old Norwegian man of Iranian heritage has been arrested in connection with the attack. Roger Berg, Head of Norway’s security services (PST) has said the suspect “has a long history of violence and threats” and has been on the radar since at least 2015. Despite this, the security services interviewed the suspect last month and had concluded that he no longer had “violent intentions”.

There appears to be a level of failure that the security services must take responsibility for. Whilst it is entirely sensible to carry out a risk assessment of individuals that pose threats to innocent lives, the notion that “violent intentions” can be so easily dispensed with, borders on absurdity.

This point is poignantly emphasised by academic Dr. Randy Borum, the Director of Intelligence Studies, who differentiates between extremists and terrorists. Borum states, in his paper: Psychology of Terrorism, “nearly all terrorists are extremists, but most extremists are not terrorists”. The former and the latter provide the ideological underpinnings for only the latter to carry out acts of terror. In order to do this, Dr. Borum argues, three common structural characteristics appear to be needed for ideologies to support terrorism.

The first is a set of beliefs that guide and justify behavioural mandates. The second, is that the beliefs must not be questionable nor must they be questioned. The final structural characteristic is the act is serving some cause or has some meaningful objective.

Take for instance, the Turkish channel Watan TV. It was reported that the channel host, Hala Samir, gave a monologue in June, 2020 reminding viewers of the Prophet Muhammad’s position on homosexuality. Samir stated “If you find men engaged in a homosexual act — kill the active one as well as the passive one. Don’t start asking: ‘Are you active or passive?’ Just kill both.”

Hala Samir’s statement contained the three structural characteristics Dr. Borum identifies. The first is that by including the Prophet Muhammad into the statement, she has initiated that the belief that homosexuality is wrong based on religious authority. Furthermore, through the use of the Prophet, your average Muslim will find it difficult to reject that, therefore making her statement unquestionable. Finally, the solution Hala Samir relies upon, is death. Therefore, this provides Muslims, vulnerable to radicalisation, a cause with a meaningful objective – which is the third structural characteristic.

The statement made by Hala Samir should be seen less so as rhetoric, and more so as instructional. There should be no justification to kill anyone based on their sexuality, therefore to allow homophobic statements from Islamists to go unchallenged, leaves vulnerable Muslims looking for purpose in the wrong places.

Muslim leaders need to take control of the narrative Islamist homophobes promote. They should do this by standing up for homosexuals and their rights in liberal democracies as well as in Muslim majority countries. This sends a message to Islamist homophobes that their belief to eradicate homosexuals is one not shared by mainstream Muslims.

We will need to wait for a full investigation to take place following the Oslo terrorist attack, to determine conclusively what the intent of the Islamist terrorist was. But in the meantime, the ideology of Islamist homophobia needs to be tackled.