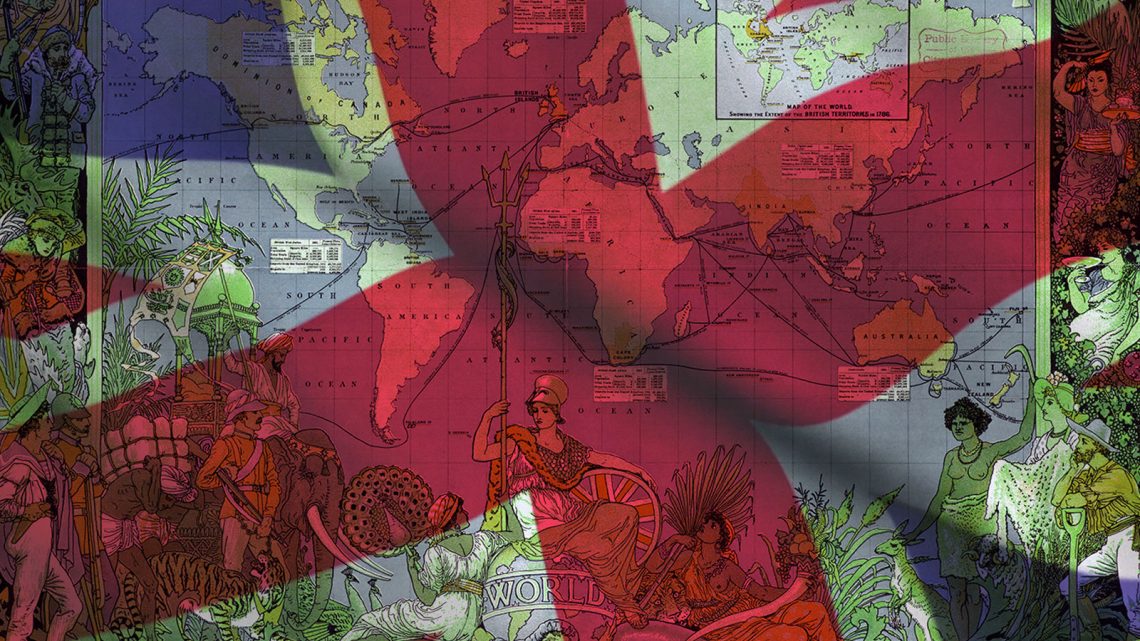 As a colonial power, Britain began shedding its colonies at the dawn of the 20th Century, and it was pretty much completed in the decade after World War 2. The last to gain independence was Brunei (1984), which coincidentally is in the news at the moment. But even Brunei had moved to self-government by the late 1950s, while under the protection of the British Crown.

And yet we constantly see remarks by Leftwing commentators, like this one by Peter Tatchell on Twitter:

From the 19th century? Peter, it is the 21st century now.

In the intervening time, former parts of the British Empire have made all sorts of changes from the routine administrative ones any government engages in as a part of its daily business; to major ones: changing names of cities, changing currency, undergoing revolutions from the democratic Westminster system (also a ‘legacy of colonialism’) to dictatorship, and worse. That is to say, the people of these countries had and have agency. They have not been running around like headless chicken since the British left in the middle of last century, they have been getting on with the business of governerning (or misgoverning, in some cases) themselves and making their own policies and laws now for several generations. Why can’t the Left accept that?

Owen Jones can’t. In his piece for The Guardian, he writes:

Why do we still get qualifying remarks pointing out that the repeal of laws against adultery and homosexuality in India – also often cited as the worlds biggest democracy – are the repeal of “colonial-era laws”. If the Indians weren’t happy with them, they’ve had over seventy years to do something about it. They chose not to. They were independent when, over half a century ago, Britain scrapped its own laws criminalising homosexuality in 1967. They did not follow the British lead, yet we are supposed to believe they’re so in awe of British law that they’re reluctant to scrap even the most illiberal ones from the 19th century?

Human Rights Watch appears to blame entirely a British law from 1860 for the cruelty against lesbians and gays in a range of countries in the present day rather than their present regimes – regimes which appear to have the power to create new laws even more draconian than the ones imagined by the British over a hundred and fifty years ago, a world now as alien to the British as it is to modern day Africans, Asians and people of the Middle East. Brunei, has just introduced the death penalty, as we discussed yesterday. This has nothing to do with Britain.

Yet magazines like The Nation – “the most widely read weekly journal of progressive political and cultural news, opinion, and analysis” – writes that the in India “Homophobia in India is an alien import with shallow roots”. Their journalist, Siddharth Dube, wrote:

The upshot of all this was that by the time I had reached adulthood I was certain that homophobia was an Indian tradition, an immutable feature of our ancient civilization. This belief persisted even after I learned, while studying in the United States in the mid-1980s and hungrily reading the pioneering works of Western gay scholarship, that the Indian law criminalizing same-sex relations had been inherited from the colonial-era Indian Penal Code of 1860. It persisted despite the knowledge that Britain, arguably more than any other country, from the 16th century onward had developed a national mania for persecuting and killing homosexual men, and that criminal laws embodying this hatred had been exported to its colonies. (Women were assumed to be asexual, and were largely spared homophobic persecution in Britain, which helped explain why my father’s generation seemed so bizarrely unaware of lesbianism.)

If the roots were so shallow, why did they persist long after Britain had liberalised and ultimately scrapped its criminalisation of homosexuals more than 50 years ago?

No Peace Without Justice notes that the Seychelles has recently “opened its arms” to lesbians and gays by repealing a ‘colonial-era law’. What stopped it doing so in 1976?

Britain is not the only scapegoat. We are reminded by the Black Youth Project that Angola’s decision to scrap its outlawing of homosexuality was – you guessed it – the scrapping of a colonial-era law, this time imposed by the Portuguese.

And of course, it isn’t just sex-crimes. The use of the Sedition Act against journalists insulting Sultan Muhammad V or Malaysia was blamed on powers given under a “colonial-era law” not repealed in the 60+ years since independence.

The habit of blaming Britain for abuses in other parts of the world Britain has not ruled for almost a century rolls off the tongue so easily now that even the BBC has adopted the mindset without reflection.

Why? Well, I have a theory.

Our left-leaning cultural commentators are most comfortable when we blame ourselves for the actions of those in non-Western countries. It is a form of racism: somewhere between the racism of low expectations and the very paternalistic racism that, ironically, drove colonialism in the first place. The people “over there” are perpetual victims of something our forebears did back in ‘the 19th century’. Modern people who barely remember the world as it was in 1960, imagine that others a world away are so wedded to a single law ‘imposed’ in 1860 that they’ve done nothing to change it, generation after generation, so enthralled and enslaved they are to the will of Queen Victoria whose iron grip reaches from beyond the grave. Blaming ourselves is in our liberal comfort zone. God-forbid we draw other conclusions about the humanity and rationality – or lack thereof – of cultures which are not our own.

There is a curious and contradictory aspect to overtherism – and this brings us full circle, back to Brunei. The same left-leaning cultural commentators are happy to lead virtue-signalling actions against the leaders of countries “over there” as long as those leaders are perceived to be rich, and friendly to the West rather than “anti-Imperialists”. Now protesters are descending on The Dorchester Hotel – owned by the billionaire Sultan on Brunei – to object to the vicious new antigay laws. They are absolutely right to do so. But why did they not stand up to counter-protest the homophobic parents picketing schools in Birmingham? Is it because it is safe and virtuous to protest about things happening “over there” and a lot more complicated to stand up to similar attitudes right here at home?

I think it is. There is only ever virtue in blaming ourselves.