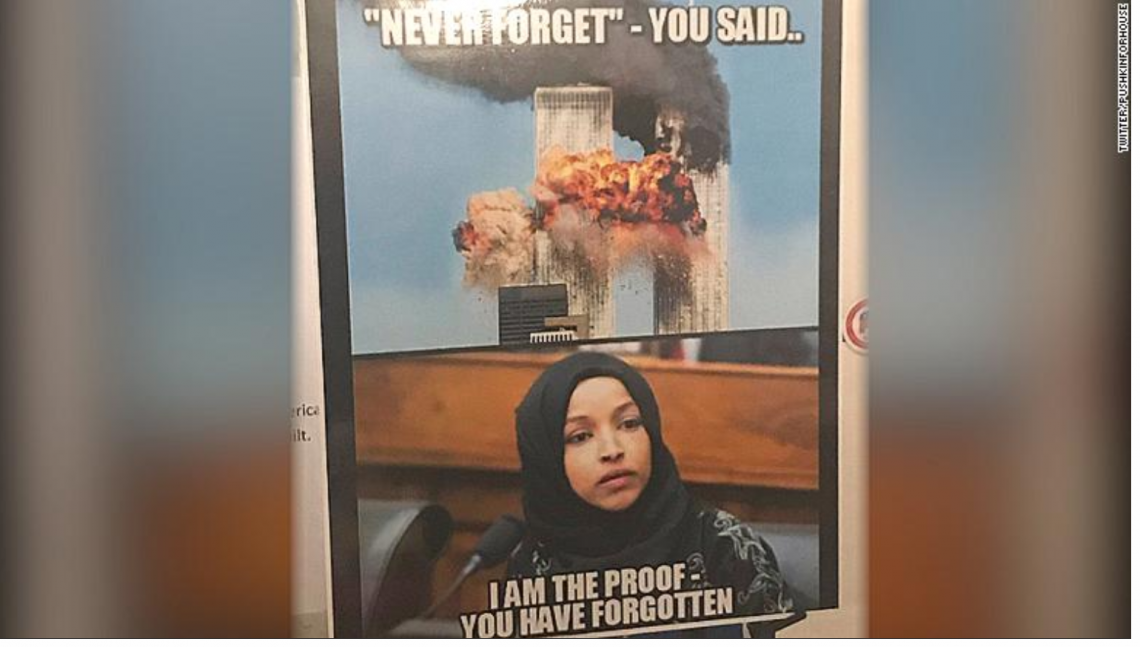 Ilhan Omar has a dubious record on more than one issue.  Her more recent comments relating to Israel are less startling than her 2012 accusation that Israel had ‘hypnotised the world’, but still concerning – for a full discussion of the issues see Adam Levick’s recent post. She has defied the leaders of her own party in refusing to recognize Guaido as interim President of Venezuela. Also problematic is her association with CAIR, an organisation which has faced numerous allegations of ties with Islamists.

However none of this renders excusable or justifiable a recent poster associating Omar with 9/11.  The poster, which was on display at a Republican stall in the West Virginia legislature, was not officially sanctioned by the Party, and was later condemned by West Virginia Republicans who asked for it to be removed.

Omar’s views are shared by a good many who are not Muslim (I imagine they are quite well aligned with those of Glenn Greenwald for example), and it’s perfectly possible to disagree with her trenchantly while still seeing the poster as vile and bigoted.