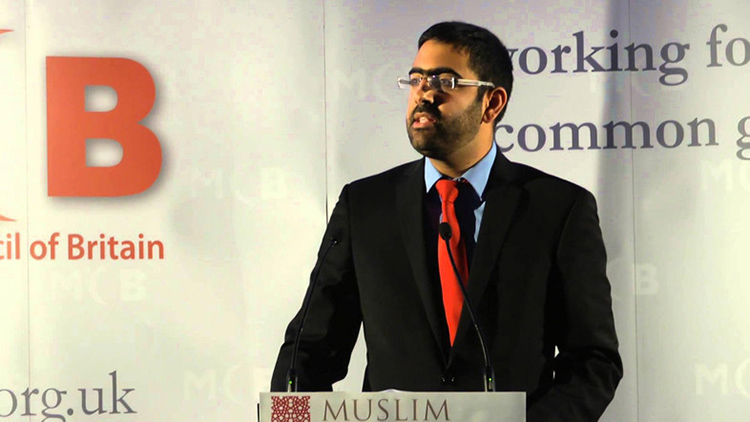 The Muslim Council of Britain is once again in the spotlight having being featured in a recent column on Spiked titled; Who does the Muslim Council of Britain speak for? Author and academic Dr Paul Stott makes a number of claims, the main one being; the MCB does not speak for the majority of Muslims. The MCB agrees with him. However, in a spectacularly predictable response via an “ICYMI Twitter thread”, media spokesman Miqdaad Versi went on the defensive.

The thread which consists of 16 parts, attempts to refute the apparent “vacuous statements or outright misleading nonsense” of the claims. One of these being that in 2009 the MCB apparently supported violence against Israel and by extension British troops.

Former MCB deputy secretary-general Daud Abdullah is reported to have signed a declaration which appears to support violence against Israel if it attacks Gaza. Hazel Blears the former Secretary of State for Communities and Local Government at the time wrote to the MCB demanding Abdullah resign:

“In light of the MCB’s unequivocal stance on violence, it would seem that Dr Abdullah’s position as the deputy secretary-general would be incompatible with his recent actions.”

“unusual basis for the claims” and “seems irrelevant now”?

So, whilst Versi appears to complain that Stott doesn’t offer strong evidence that the MCB were apparently supportive of violence against Israel and British troops, it seems Versi is guilty of the very same thing in refuting it.

Whether the claims are irrelevant or not, is not for Versi or the MCB to decide, but for those in the court of public opinion. However, if what is being offered in the way of a refutation is tenuous – given that the claim puts the MCB’s credibility into serious doubt – then it is for the MCB to ponder on whether it can offer something stronger. It seems that wasn’t the case this time. Maybe we will see something in the future? Nonetheless the consequence of signing this declaration left the MCB out of the political warmth Westminster had once offered them.

Perhaps holding the MCB under the microscope all of the time is unfair? As with any individual and organisation, neither is ever perfect and Versi  confirms this. But surely, given that they have some of the brightest minds in their organisation, you would expect them to be more cautious with their activities? May be not!

Versi posed a question recently on Twitter in which he asks;

In response to his tweet, one tweeter claimed it was a “nasty divisive comment”  whilst another sought to offer the answer Versi was apparently looking for. Intentions are difficult to establish, we cannot know what one is thinking when standing two meters in front of us, let alone when behind a computer screen. So, when such a question is asked, one is potentially left wondering why?

Prima facie it appears to be an innocent question, one that seeks information and clarification about Government advertising. But that very innocence appears to be in doubt. Why would someone – that is an Oxbridge graduate, work as a management consultant and serve on a number of boards – need to ask such a question and not just research it himself?  You judge for yourself from some of the quote replies like this one from Nick Timothy or this from David Toube of Quilliam, whether it was innocent or not. What surprises me, but maybe not others, is how Versi appears to have positioned himself as the victim in all of this:

What I just don’t understand is why I can’t even have a public query without such a combattive response Anyone who knows me, will know that if I was told that the government had sponsored VE day stay at home adverts, I would have posted that and said yes, they did.

Does Versi have form in this area? Perhaps not. But what he does have form in is being able to do the necessary research when it suits him. For example, he was able to do a whole thread on Tory MPs being [SIC] “Islamophobic”, but couldn’t seem to find out if the government sponsored a VE day campaign to stay at home? Either he was too lazy to do it or he knew the answer and wanted to stoke tensions by leaving the question hanging? You decide for yourself.

If people – in good faith – wish to scrutinise the MCB they are free to. Of course, their right to do so is not interfered with because the MCB deems their claims to be irrelevant, no. Their right to do so is interfered with if the MCB claim it to be [SIC] “Islamophobic”? It is probably no wonder why the MCB – amongst others – are supportive of the APPG definition of Islamophobia.

The idea that in a liberal democracy, where the rule of law is supreme and free speech is a right can be curtailed – because someone’s feelings are hurt when Islam is being challenged – should send shivers down your spine. As I have argued before, Islam is not a living-being and must not be treated as if it is. I am a Muslim and I welcome Islam being challenged just as much as any other religion or ideology. Islam certainly doesn’t need my protection nor anyone else’s. If protection is to be offered, then it should be against anti-Muslim bigotry and hatred, particularly for minority Muslim groups like the Ahmadiyya.

On the point of Ahmadiyya and for those that are not aware, they are a minority Muslim sect which originated from the Indian subcontinent. There is a clear theological difference between them and mainstream Muslim sects such as the Sunnis and Shia. The difference arises in the claim that Mirza Ghulam Ahmad is the promised Mahdi (Guided One) and Messiah. Many mainstream Muslims disagree and claim this to be blasphemous. This charge of “blasphemy” has led to the persecution and murder of Ahmadiyya Muslims in Pakistan, but also here in Britain.

It was reported only in 2016 that Tanveer Ahmed, a taxi driver from Bradford repeatedly stabbed shopkeeper Asad Shah in Glasgow because of his religious views. Despite the outrage this caused, the MCB and rightly so, sought to offer their condolences. In a position statement on the murder they state:

“Despite our clear theological beliefs, we note that pressure is mounting to describe this community as Muslim. Muslims should not be forced to class Ahmadis as Muslims if they do not wish to do so, at the same time, we call on Muslims to be sensitive, and above all, respect all people irrespective of belief or background.”

This was of course welcomed. What wasn’t welcomed, was how they appeared to have made themselves into the victims, because they were being asked to identify Ahmadiyya Muslims as Muslims. It seems to me to be a reprehensible position that when someone is murdered, instead of thinking about the victims and their loved ones, the MCB appear to be thinking about themselves. We have seen Versi apparently positioning himself as a victim, we now see that the idea of being a victim stems from the MCB’s past. I imagine some would say, being a “victim” could be a lucrative business?

But it is not all doom and gloom when it comes to the MCB. Sure, they have no doubt done some good work like their charity initiatives and this should be congratulated. But when they are being scrutinised – in good faith – it is not an attack; it is simply holding them to the high standards they seek to hold others to. So quit the outrage, you’re not a victim and there is no need to be so defensive.