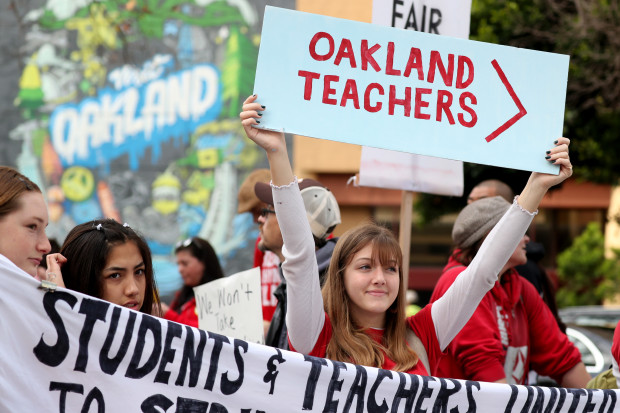 As with all labour posts, feel free to engage in OT links and music in the comments.

“A union representing Defense Department education employees claimed in a federal lawsuit that the current board of the agency responsible for adjudicating disputes between federal agencies and labor organizations has a systemic bias against unions.

The Federal Education Association filed a legal challenge earlier this month in the U.S. District Court for the District of Columbia against the Federal Labor Relations Authority’s decision to overturn nine arbitration awards totaling millions in back pay over payroll processing mistakes. The awards were overturned in favor of the Department of Defense Education Activity.”

Cutting off our nose to spite our face: Amazon’s pullout will be bad for the very workers that opponents of the deal claim to care about

“When Amazon announced its plans to build half of its second headquarters in New York City, it was a proof of our city’s ability to shape the future of work and a potentially transformative move that could further diversify and strengthen our growing economy. After all, Amazon was coming to the most progressive, union-friendly city and high-tax state in the country. New York was showing the world that strong unions, smart regulation and progressive taxation are not an impediment to growth — in fact it’s what helps to drive equitable growth at a time of massive economic inequality.

And yet, despite strong public support for the project, including from communities of color that would have benefited from the thousands of good union jobs spurred by the development, opposition from a few progressive organizations — many of which I have historically considered allies — created enough controversy to make Amazon abandon the project.

The Oakland Unified School District and striking teachers have come to an agreement after a seven-day strike, the district and the teachers’ union, the Oakland Education Association, said Friday.”

“I think that it is going to be a joyous experience on Monday when we return to the classroom,” Keith Brown, president of the teachers’ union, said.

Members were given time to review the 118-page agreement and are expected to vote on the tentative deal Sunday at noon, a union spokesman said.

He said the strike was just a first step in a movement to “fully fund education.”